Mission Statement
The Soboba Economic Development Corporation's mission is to diversify the Tribe's revenue source and ensure sustainability for the next seven generations and beyond.

Vision
To become a self-reliant, self-sufficient, and sustainable economic driver for the Soboba Band of Luiseño Indians.

Overview
The Soboba Economic Development Corporation (SEDC) is a Section 17 Corporation wholly owned by the Soboba Band of Luiseño Indians and was launched in 2015 to engage in any business and promote the economic development of the Soboba Band. The long-term goal is to generate revenue and jobs through businesses on or near the Soboba reservation, promoting Tribal economic self-sufficiency. Currently, the SEDC portfolio consists of the following enterprises.

Sovovatum Village: The facility will be owned and operated by Soboba Economic Development Corporation (SEDC), a wholly-owned corporation of the Soboba Band of Luiseno Indians, to handle the daily operations, reporting, and overall management of the C-Store’s retail operations. The SEDC C-Store Project consists of constructing a convenience store and fuel station that will provide a standard convenience store product mix and gasoline and diesel fuel sales on land owned and held in trust for the Tribe.

The SEDC convenience store project is located nearby the new (in construction) Soboba Casino Resort (Casino). This makes the C-Store project even timelier as more casino/hotel patrons will come onto the Tribe’s reservation, which can be cross-marketed to and captured. 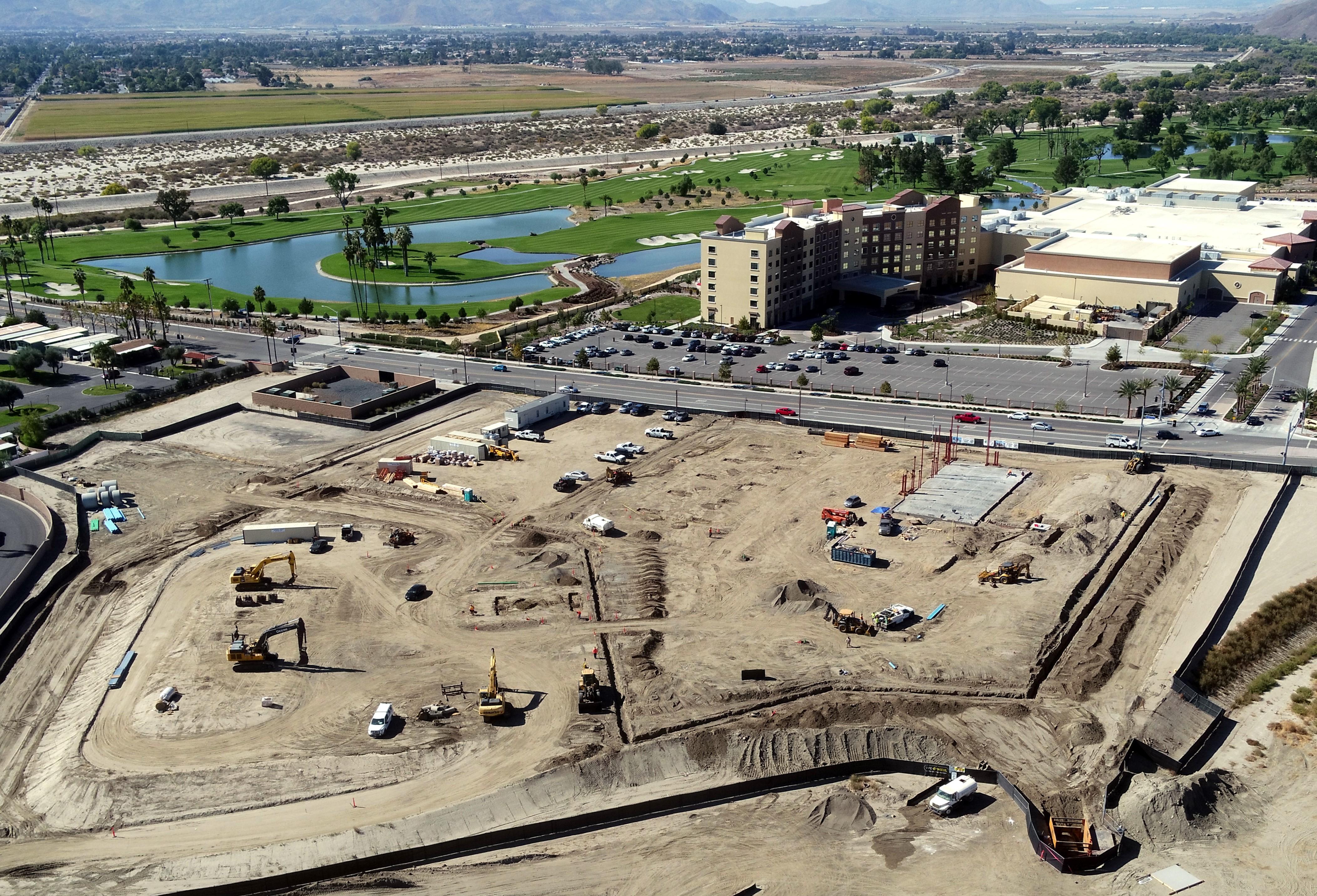 SEDC Board of Directors 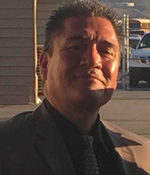 Michael Castello is a Soboba Band of Luiseño tribal member, father of four, and grandfather of seven. Michael has a Bachelor of Science in Business Finance from the California State University of San Bernardino. Michael has served Soboba for 26+ years in many capacities, including Casino Manager Trainee, Table Games Manager, Gaming Commissioner, Chairman of the Gaming Commission, Casino Assistant General Manager, Casino General Manager, Tribal Administrator, Tribal Council Member, and currently Chairman of the Soboba Economic Development Corporation. During this time, Michael was instrumental in the development and implementation of many projects for Soboba, including the Soboba Tribal Credit and Housing Programs, Soboba Preschool, several Land Acquisitions, and Fee-to-Trust transfers, Regulatory compliance for the Soboba Casino, Installation of 2 (1) Megawatt Solar Fields, oversight of up to 26 Tribal Government Departments, developing and presenting Tribal and Casino Budgets to Membership on an annual basis. Michael also served the Soboba community by participating in several committees, including Election Committee, Tribal Emergency Response Committee, Economic development group, and Valley Economic Development Group representative. Michael has also worked closely with many Local, State, and Federal Agencies in his various roles with Soboba, including BIA, NIGC, NIGA, NCAI, FBI, DOE, DOI, CPUC, County of Riverside, and the local City Governments.

Lakshman Koka was born in India and moved to the United States as a teenager. While working for his University, Koka received his MBA by the time he was 21 years of age! Koka and his wife, Vidhya are blessed with one daughter and a son. Empowered with a Master’s degree in Business Administration, with an emphasis in Marketing and Finance, he brings over two decades of Executive Management experience with global multi-billion-dollar companies. Koka currently leads a very successful multi location Medical group as their Chief Executive officer and has exceptionally successful experience in startup companies and has built multiple multi-million-dollar companies in the last few years. Koka enjoys business building and Real Estate development with several successful projects to his credit both in San Jacinto Valley and Southern California. He was first elected as a Board member of the Soboba Economic Development Corporation and later took on the Secretary/Treasurer responsibility. Koka was recently elected as the Vice-Chairman of the Board. He is an accomplished leader with several accolades and vast experience in managing for and not for profit organizations. Koka has recently taken on a leadership role in a startup company to develop an online, virtual Clinic platform to better provide convenient Telehealth care services to serve patients and doctors alike. Koka is passionate about helping the community and is involved in multiple local and National non-profit organization.

Lori VanArsdale was born in Cortez, Colorado. She spent her childhood years lining on the Navajo Reservation, where she experienced much of the culture and traditions of Native Americans of Southwestern Colorado and Southeastern Utah. She moved with her family to Hemet, CA, in 1972. Throughout her school and college years, she served in many student government offices, including President of the Student Body and student representative of the College Board of Trustees.
Lori began her professional career in real estate and market properties in the San Jacinto Valley for over 20 years. She received numerous top sales awards and served as President of the Board of Realtors. She also served as a Director for the California Association of Realtors, focusing on government affairs.
Lori was elected to the Hemet City Council in 1992 and served as Council Member and Mayor for 16 years. She was honored by many public and private sector organizations, including being named Woman of the Year twice by the California State Assembly for the district. Recently she received Senator Mike Morrell’s award for Woman of Distinction for the City of Hemet.
Lori has long served on the U.S. Department of Commerce’s District Council focusing on International Trade and began traveling to and working in Baghdad in 2003 on reconstruction projects. She assisted U.S. companies in connecting with Iraqi companies in rebuilding Iraq. 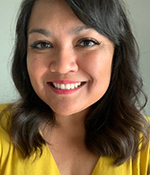 Sasha Pachito is a director of the Soboba Economic Development Corporation. She is a member of the Soboba Band of Luiseno Indians but grew up in Northern California and currently lives in Phoenix, AZ. She attended Cornell University and obtained a degree in Sociology with minors in American Indian Studies and Latino Studies. Sasha also received a master’s degree in Urban Planning and graduate certificate in Public Administration from Arizona State University and another master’s degree in Legal Studies from the University of Oklahoma. Sasha is currently employed by the City of Chandler, Arizona, in their Transportation Policy division. Before working for Chandler, Sasha has worked for a variety of American Indian organizations, including Arizona State University’s American Indian Policy Institute, the Gila River Indian Community, and the Salt River Pima Maricopa Indian Community. Sasha commits to working with tribes to create a strong, sustainable, and diverse tribal economy. 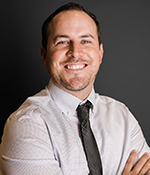 Steven Nino is a director of the Soboba Economic Development Corporation. He has had the honor and privilege to work for Soboba for the past 15+ years; some even said he grew up professionally with Soboba. Over this time, his experience from Soboba and his continued education obtain an Associate Degree in Computer Network, Bachelors in Information Security, and a Master’s degree in Business Administration have allowed him to hold the Chief Information Officer role for the Tribe over the last three and half years. In this role, he is responsible for all aspects of the Soboba Band of Luiseño Indians organization's information technology, and systems, including Tribal government offices, Noli School, Soboba Springs Golf Course, the Gaming Commission, Casino T.A.N.F., and all other Tribal owned and operated enterprises.
Beyond the Soboba experience, he has had the privilege of working with bank mergers and acquisitions for Washington Mutual to Chase for contract work. Additionally, he is an active member and ambassador for TribalNet, a leading Tribal Technology organization that has helped bridge the technology gap in many Tribal nations over the last twenty years.
He is an IT leader that can provide technical expertise that powers sustainable business growth. He brings many years of knowledge and experience in supervision, analyzing, designing, implementing, and migrating systems. Furthermore, he can provide outstanding strategic planning, organizational development, leadership, and decision-making skills. He thrives in high-pressure environments, implementing environment-specific standards and processes to achieve consistent uptime. Technology ROI and TCO champion, consistently exceeding performance expectations while maintaining profitability. Explore all possibilities to find the most elegant and cost-effective solutions. Adept at managing all aspects of deployment and maintenance of multi-million-dollar projects. 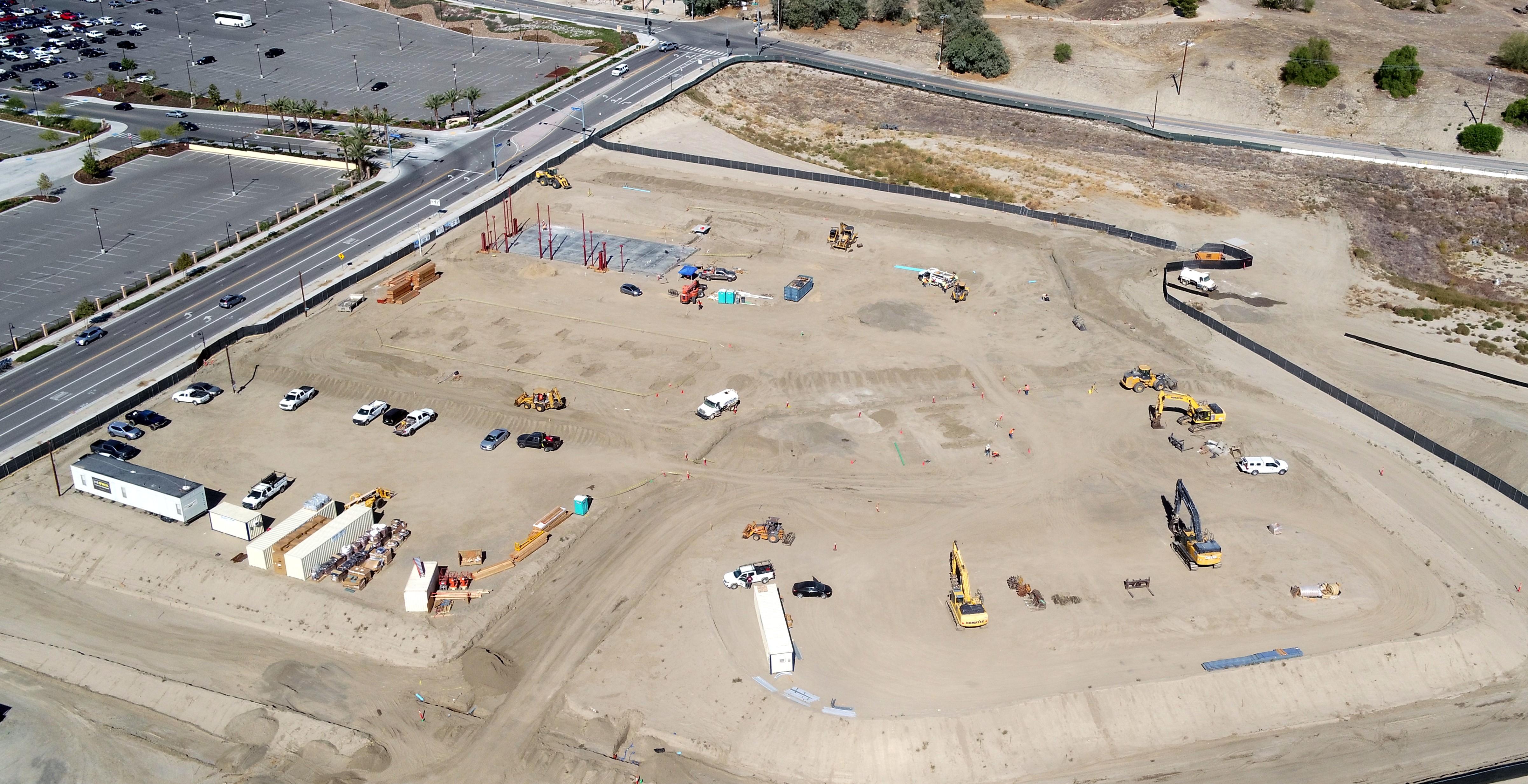 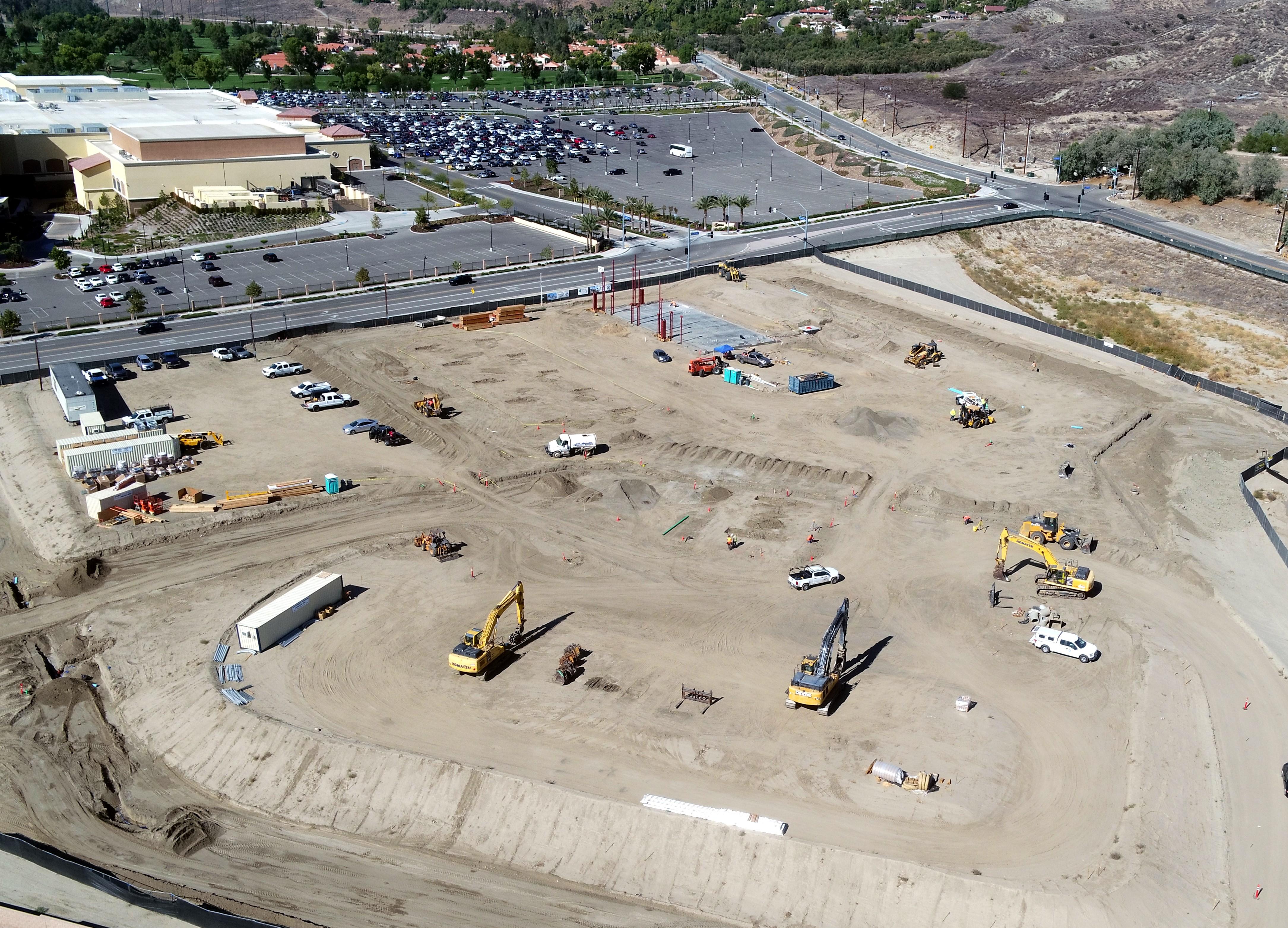 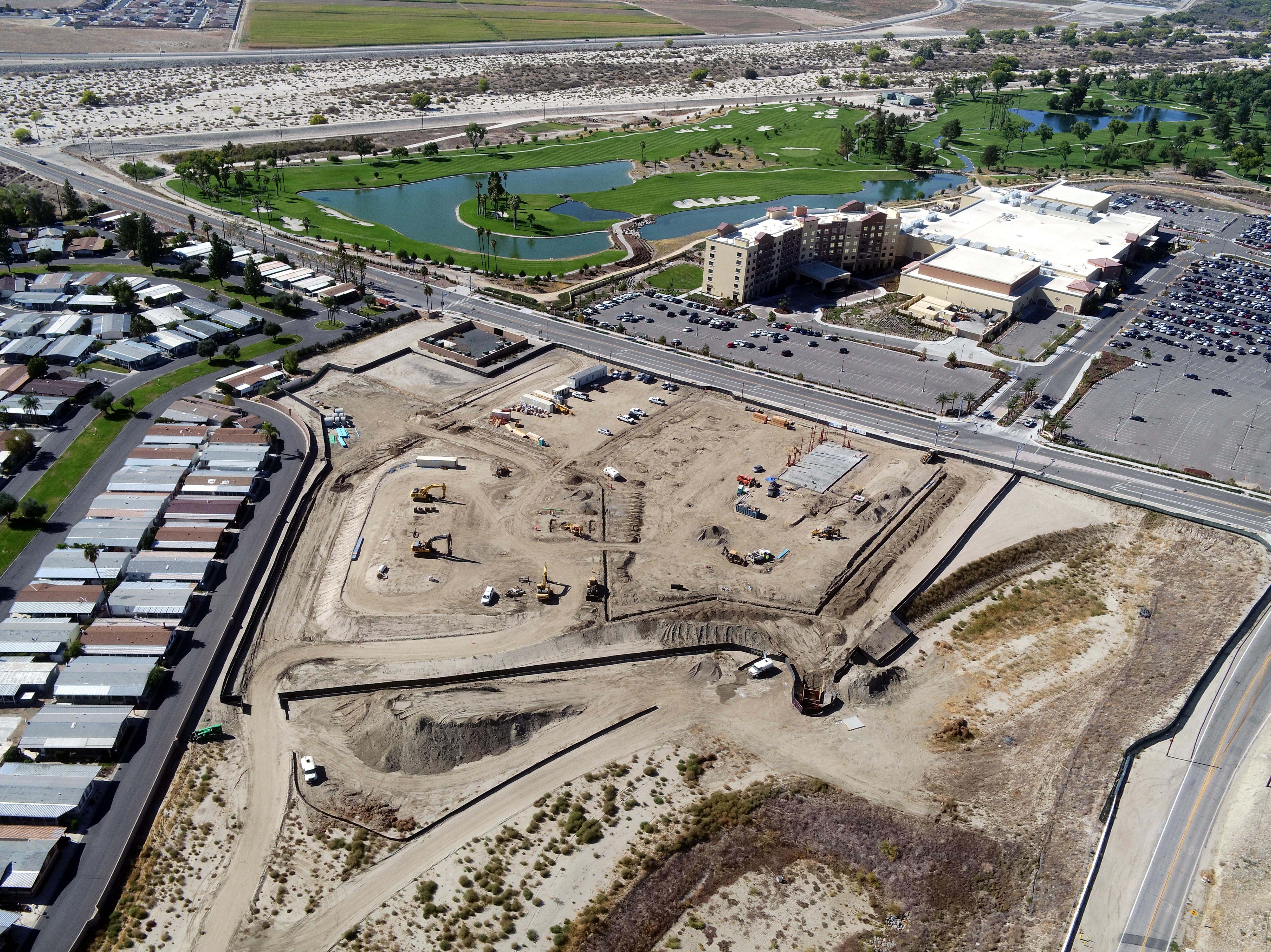 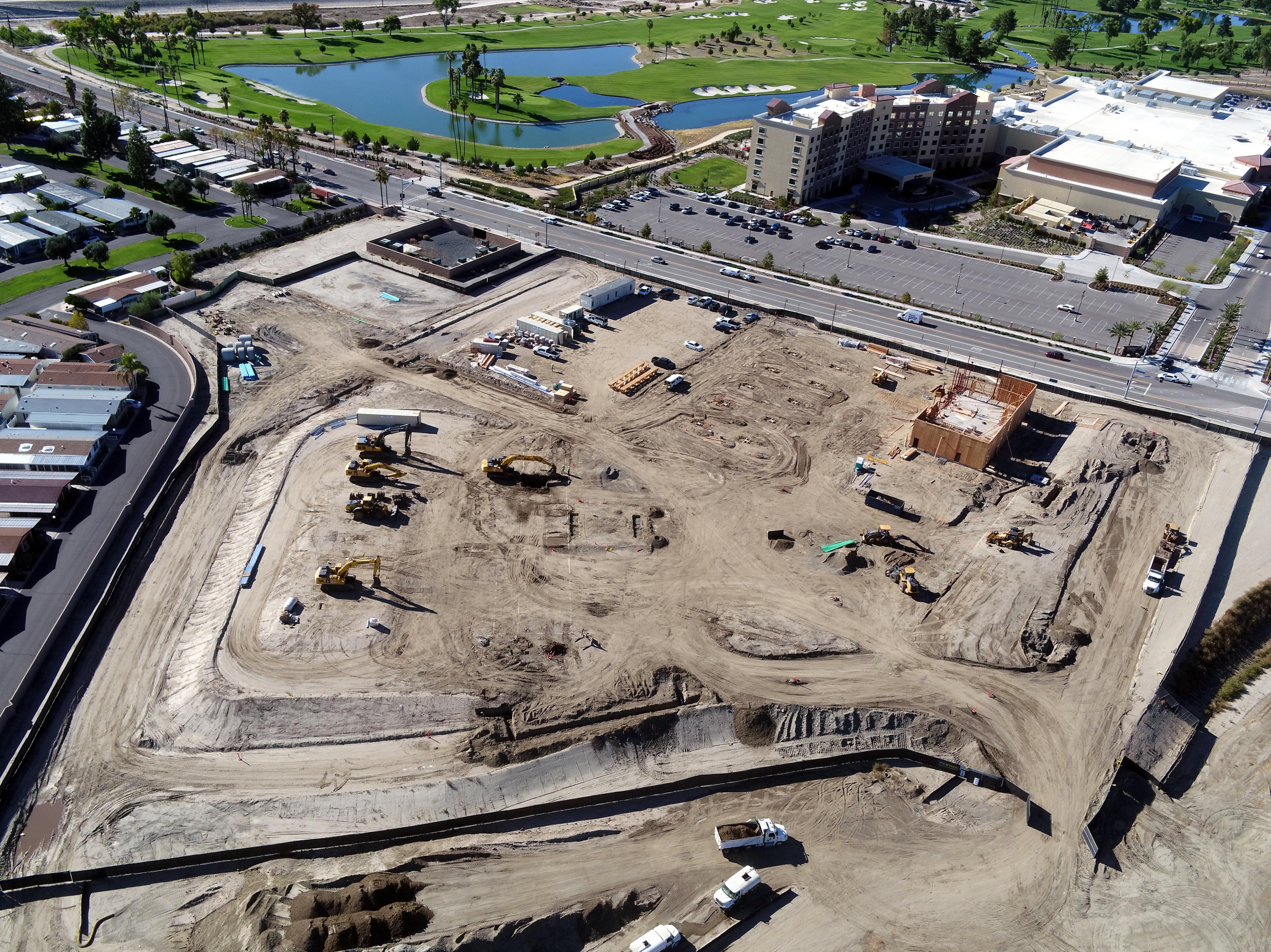 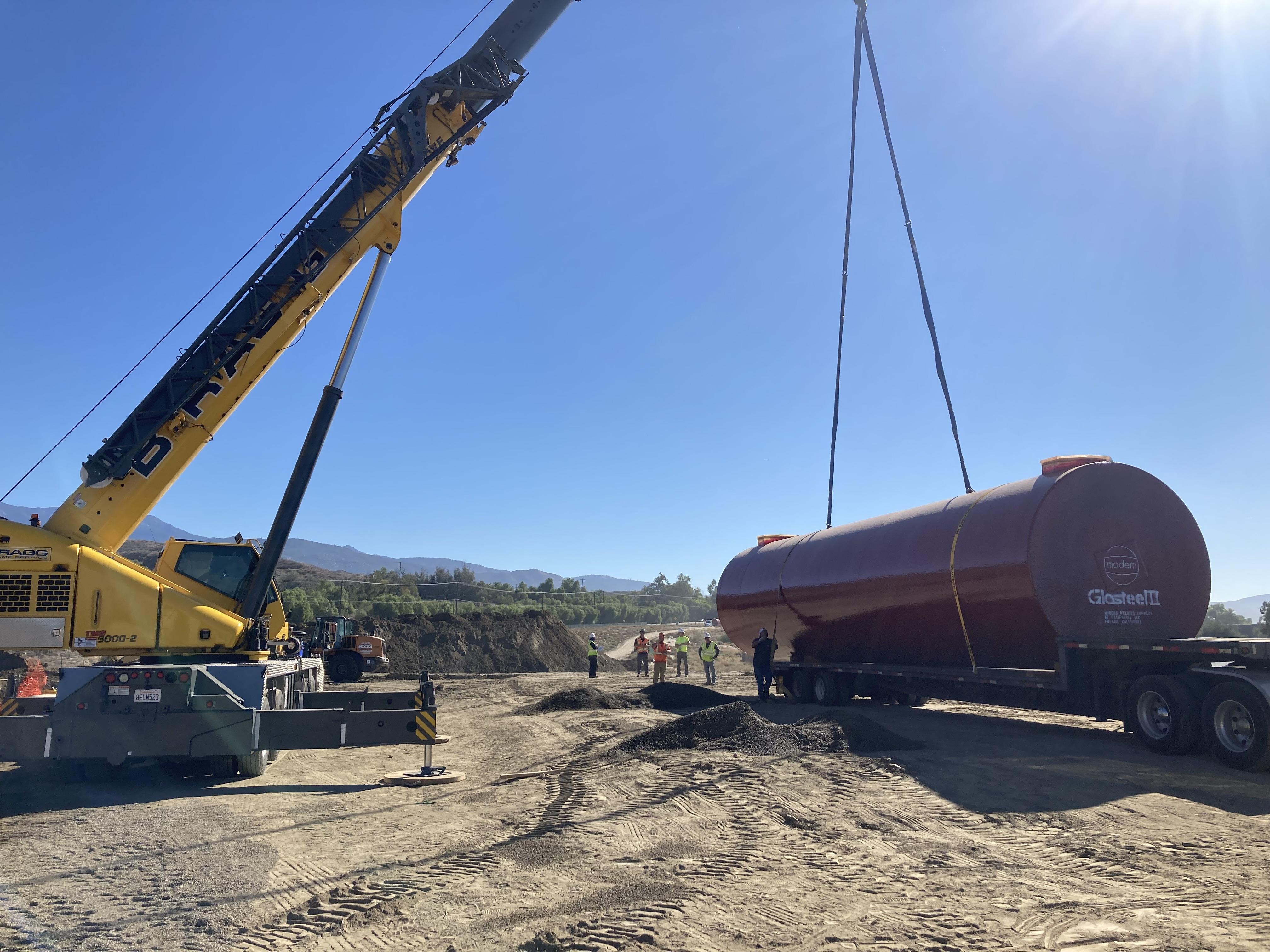 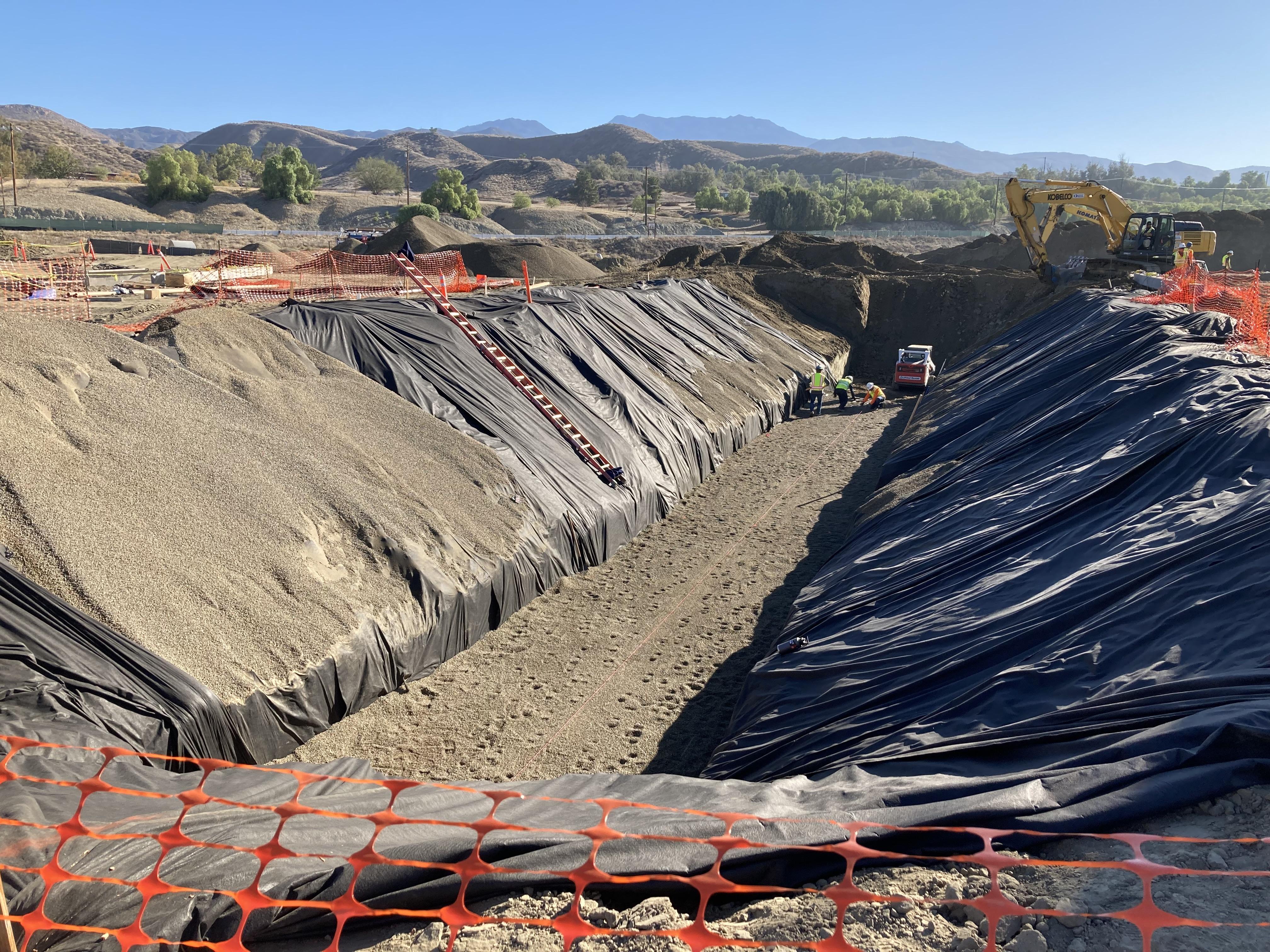 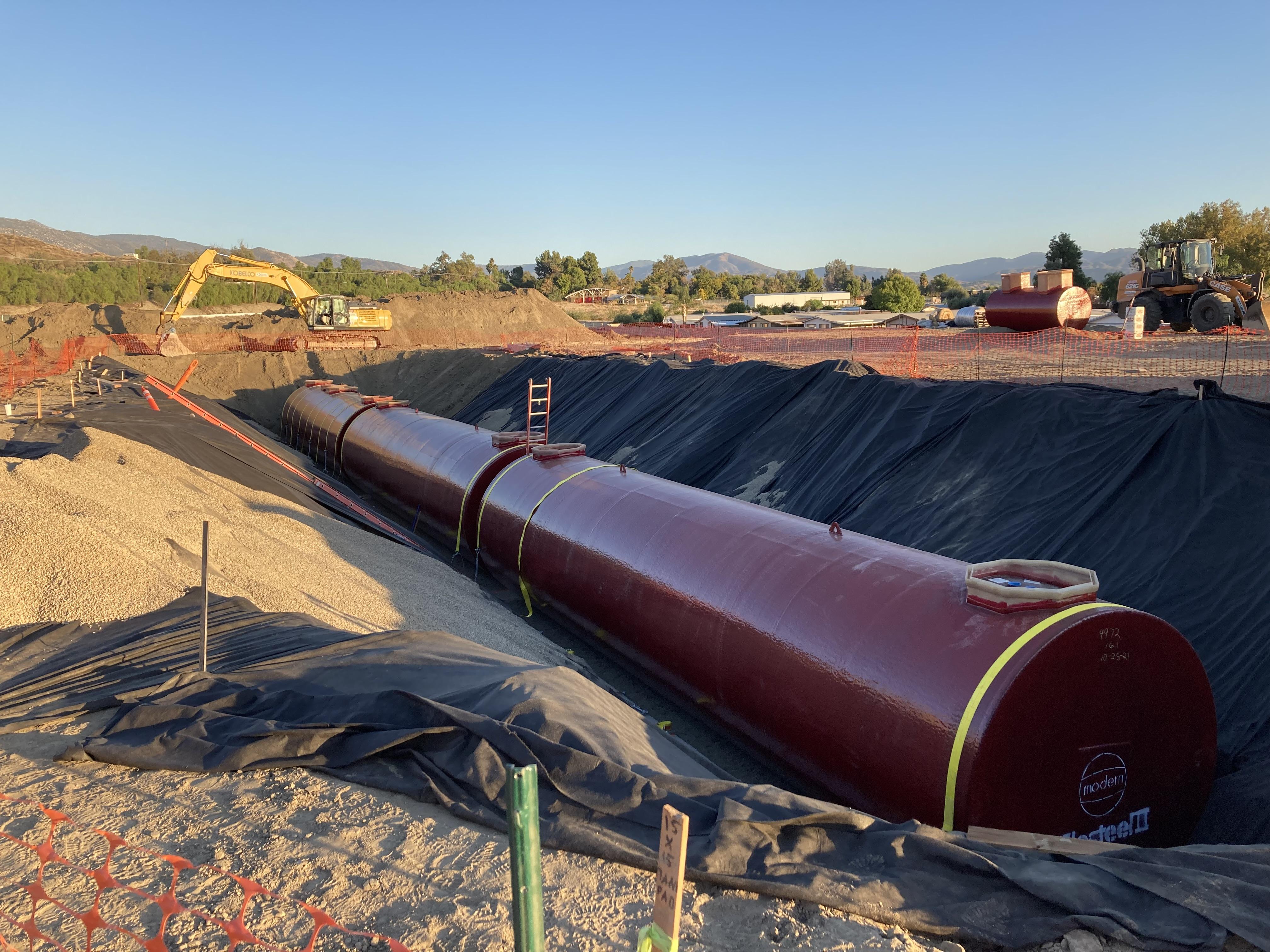 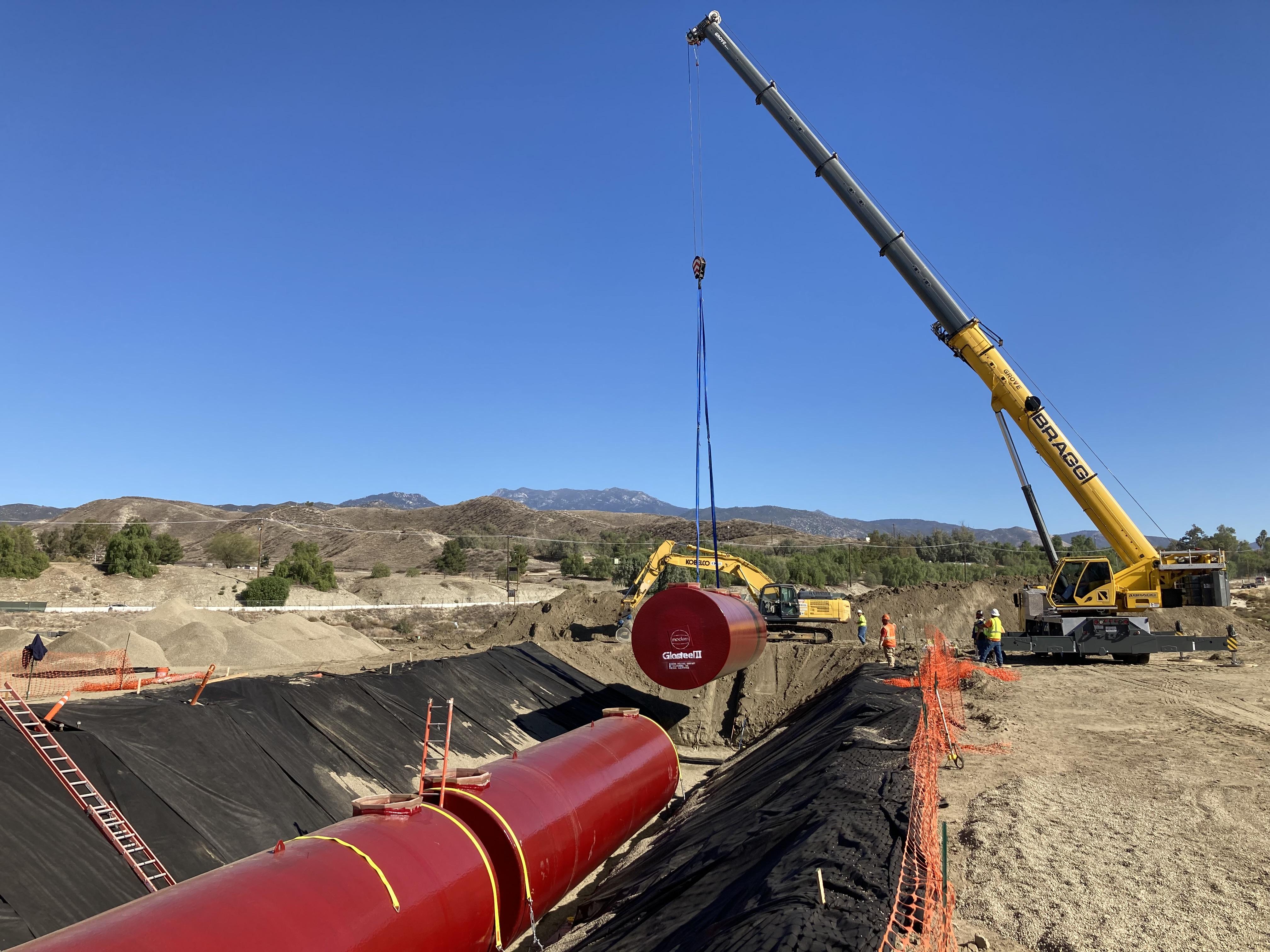 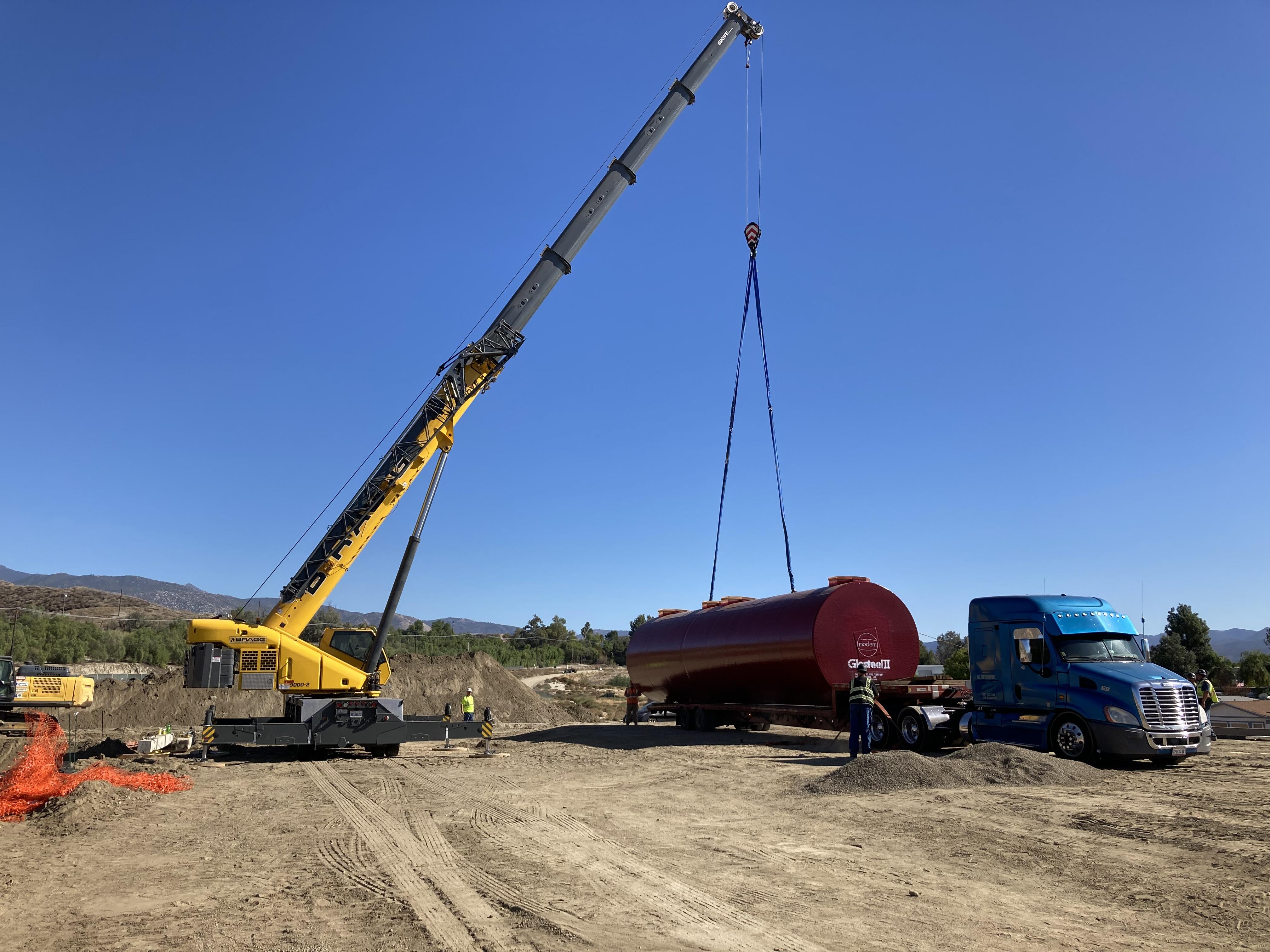 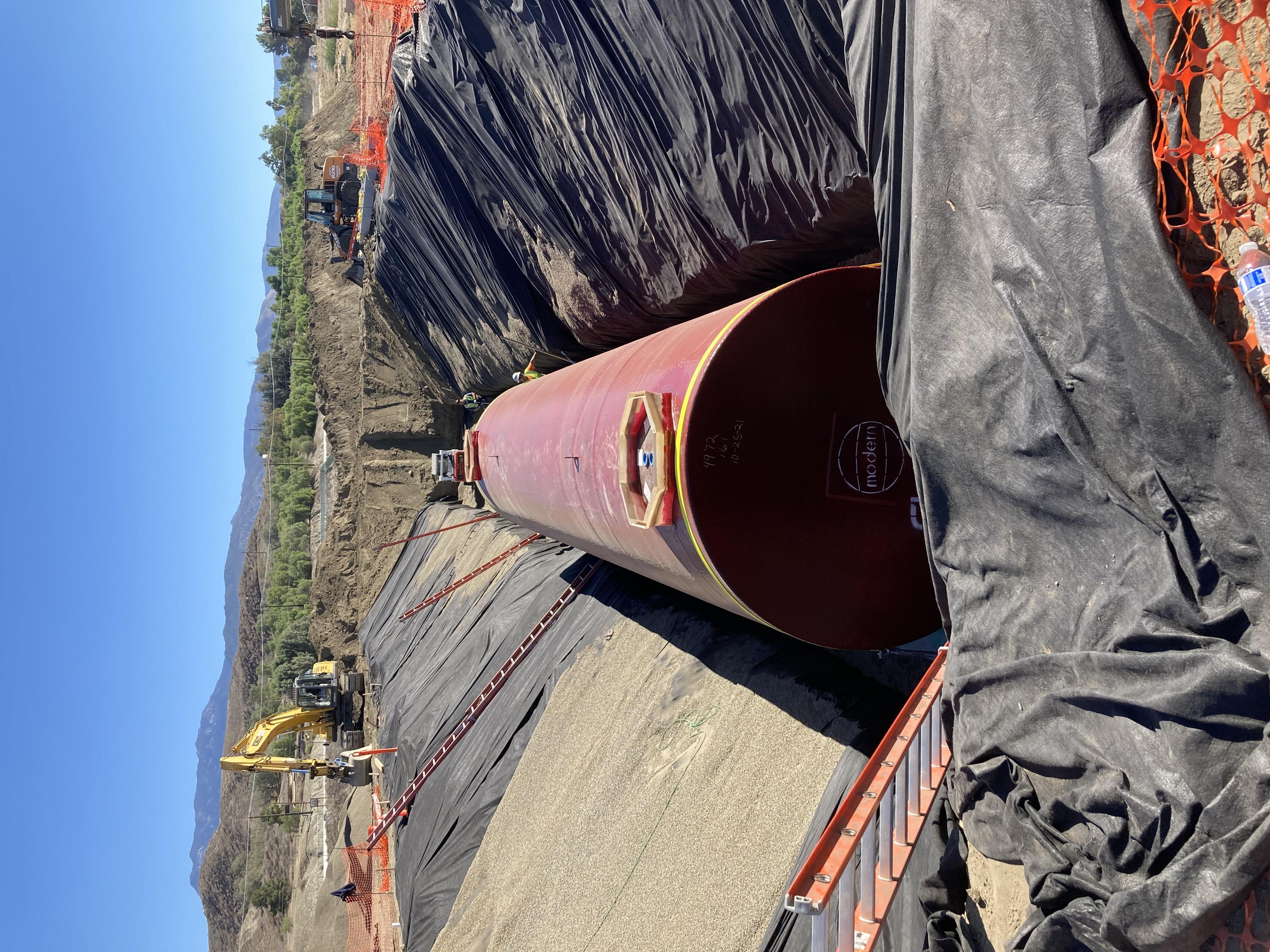 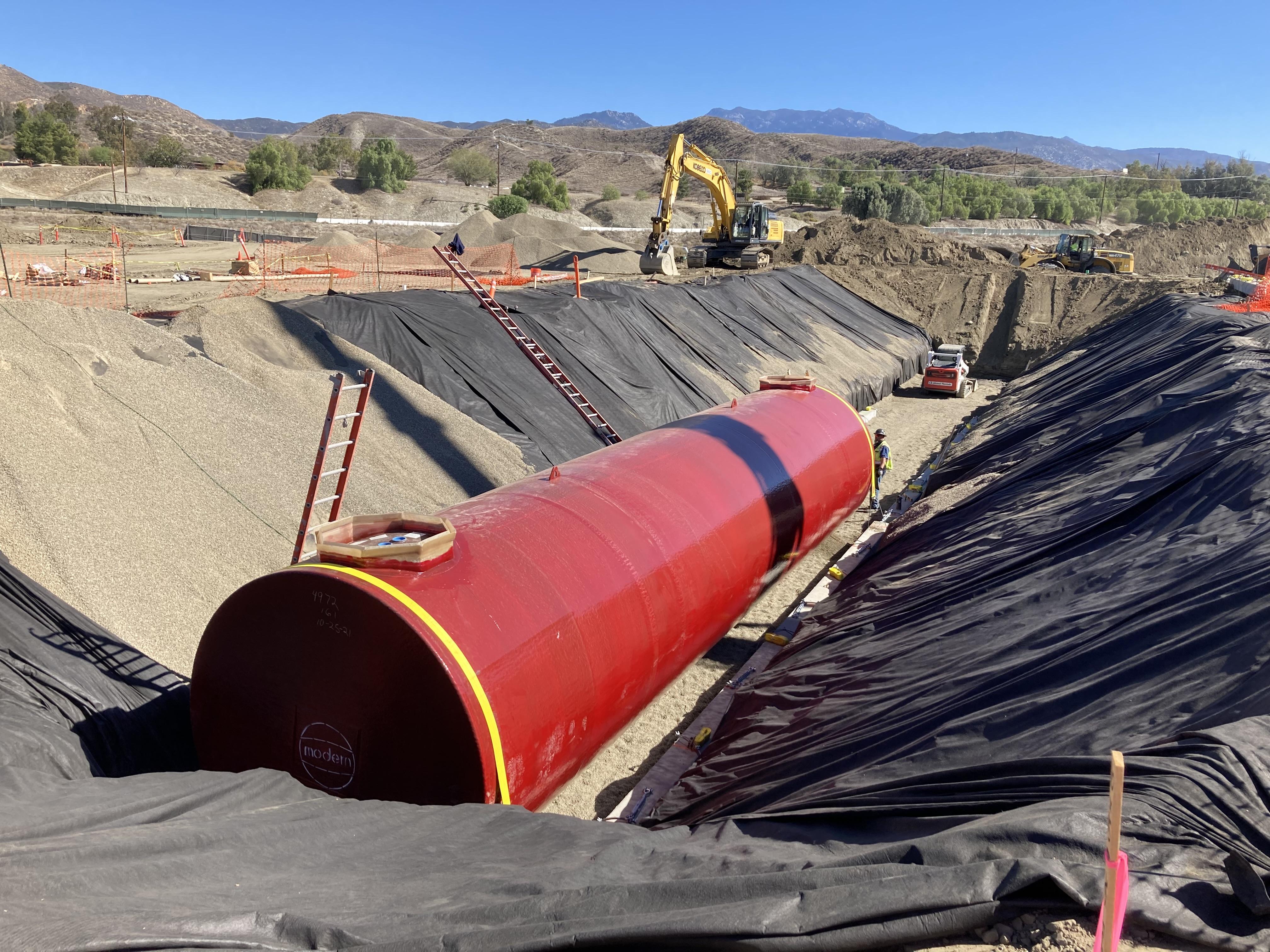 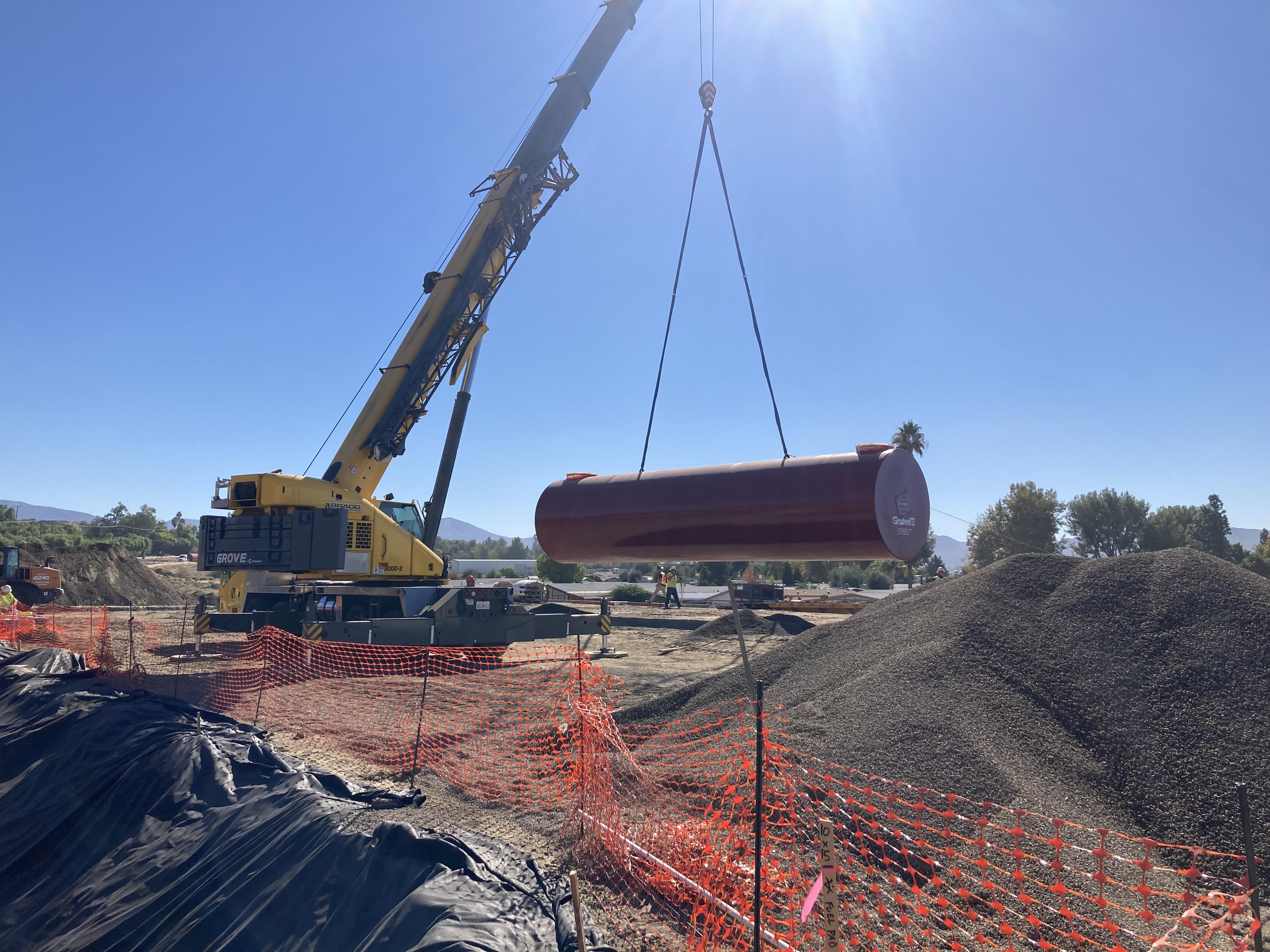 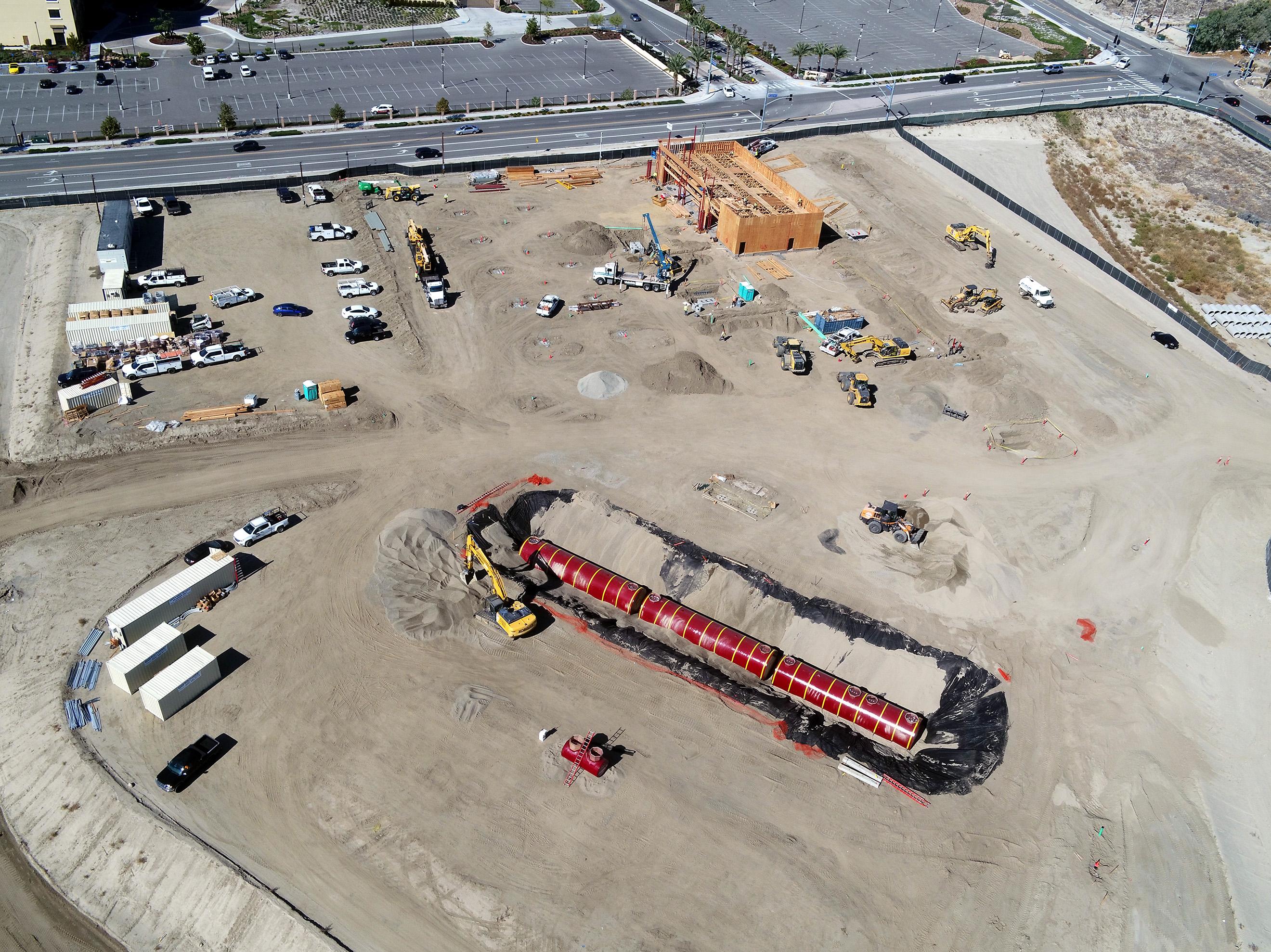 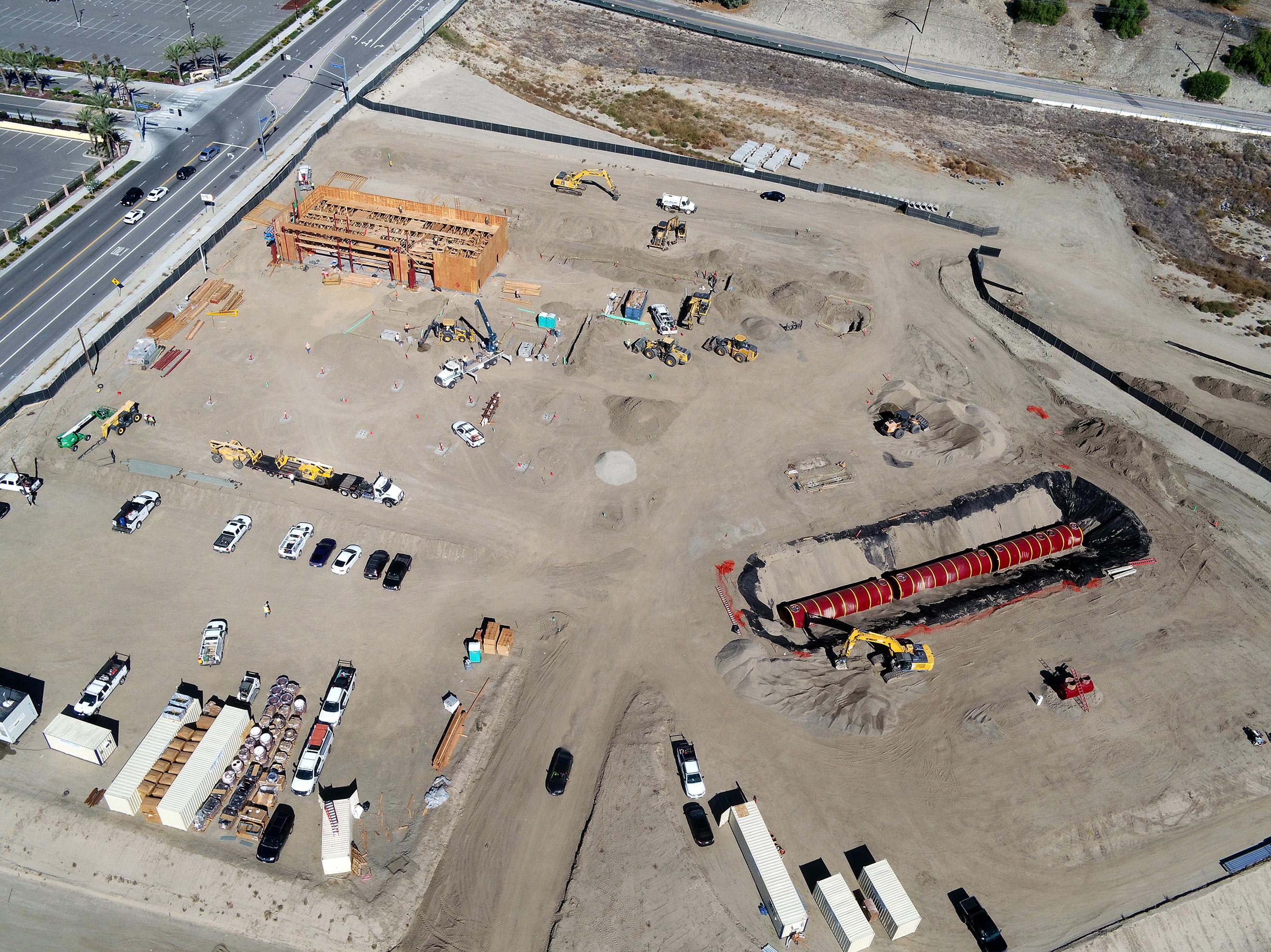 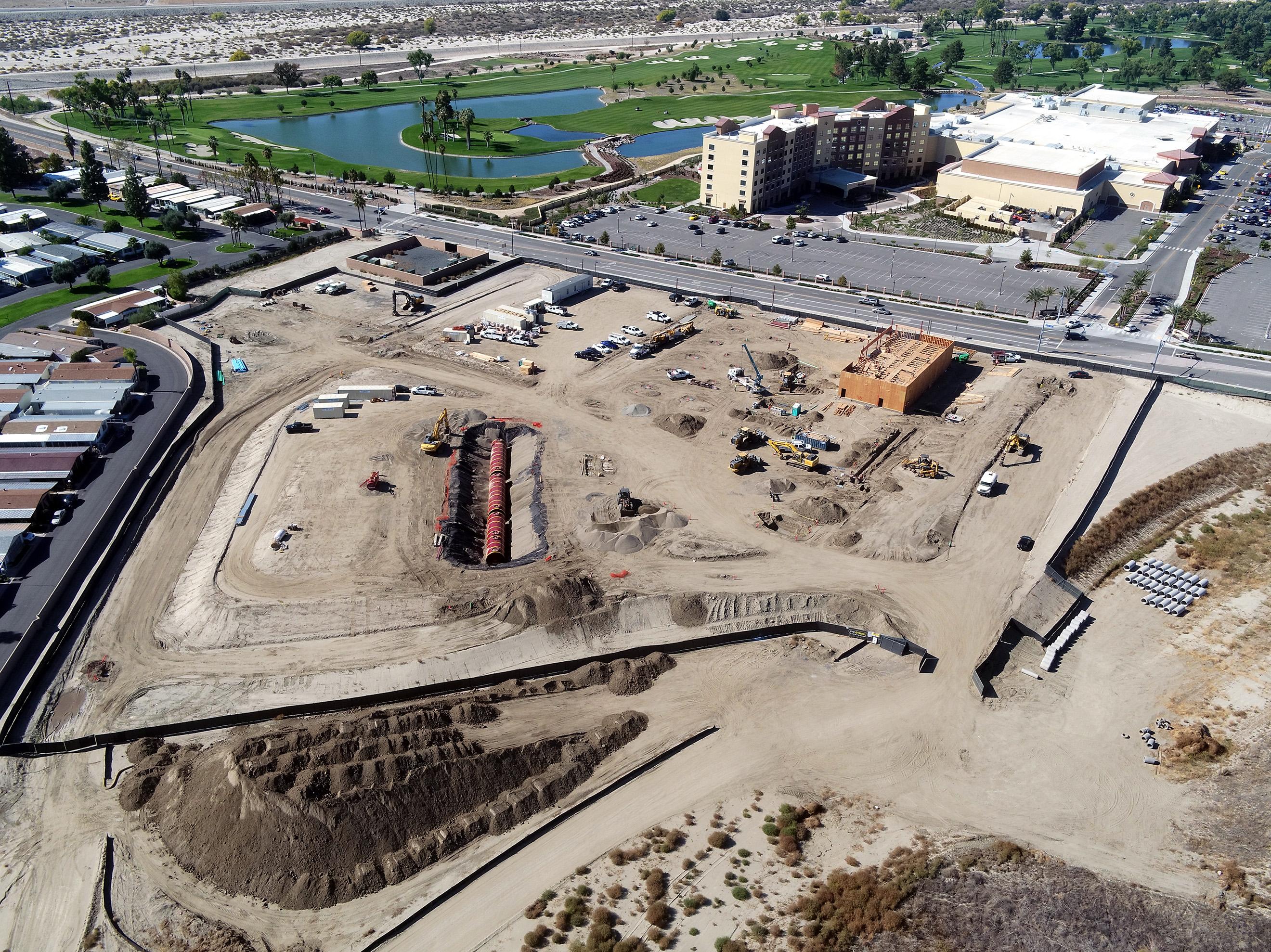 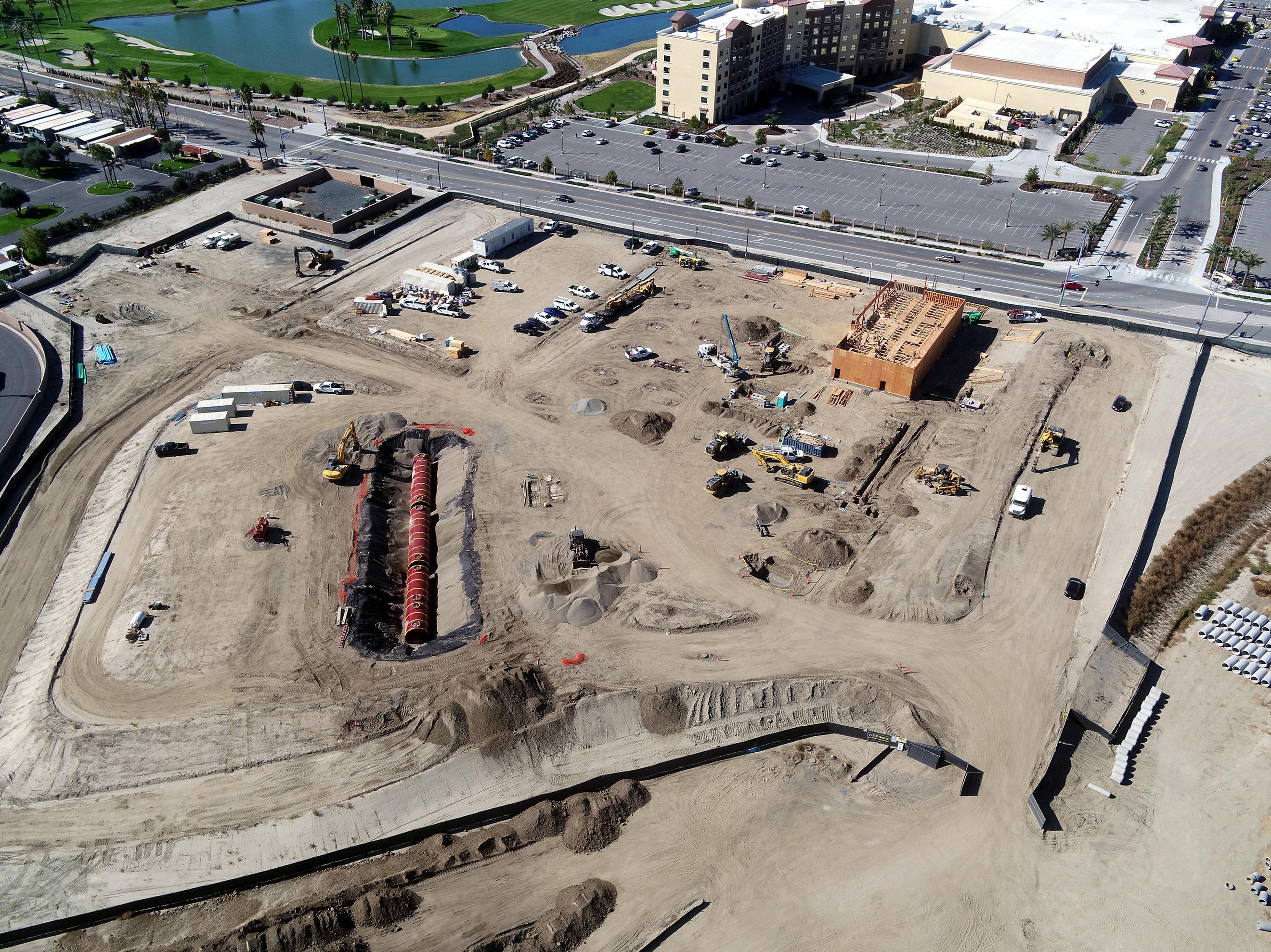 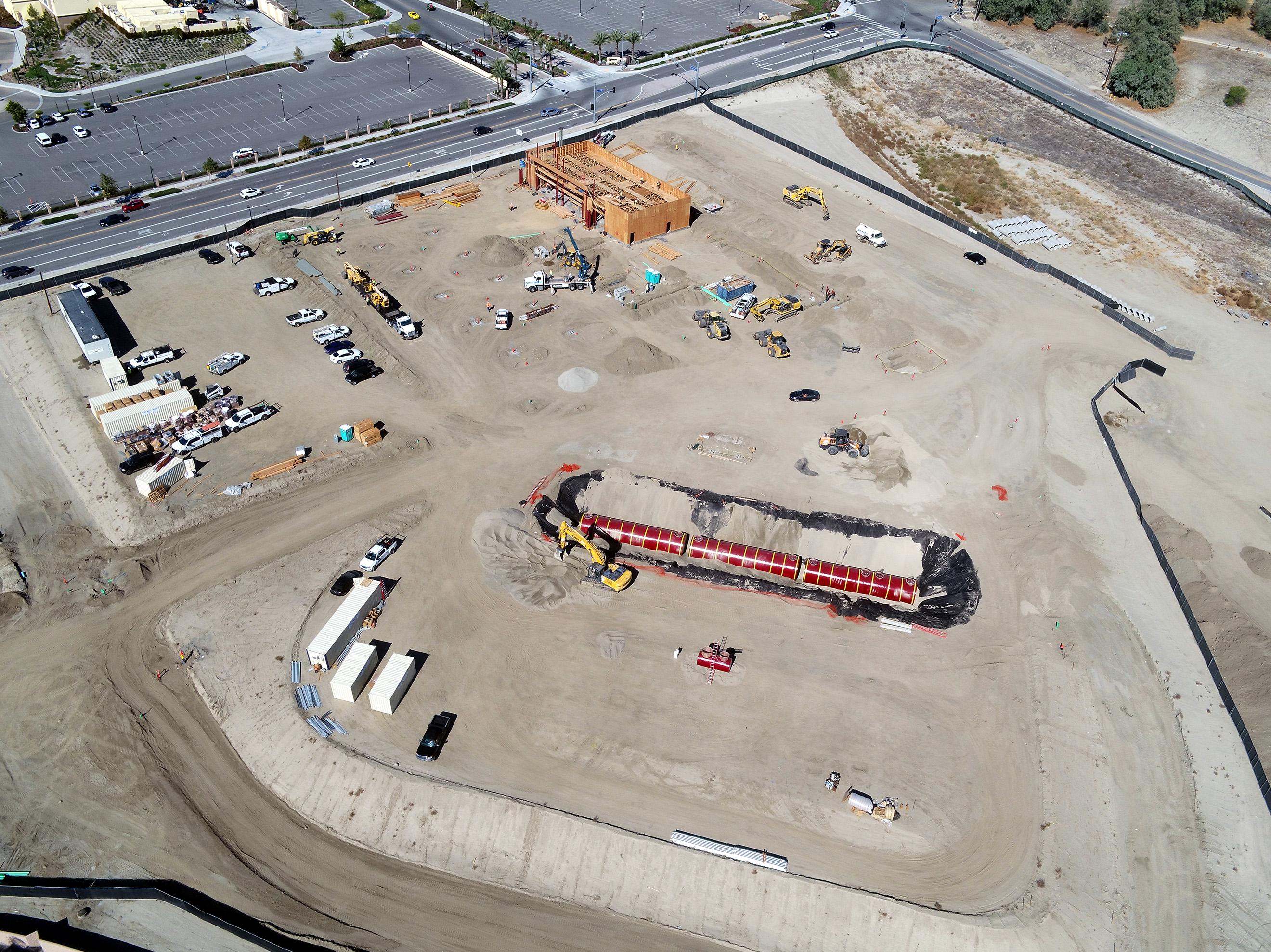 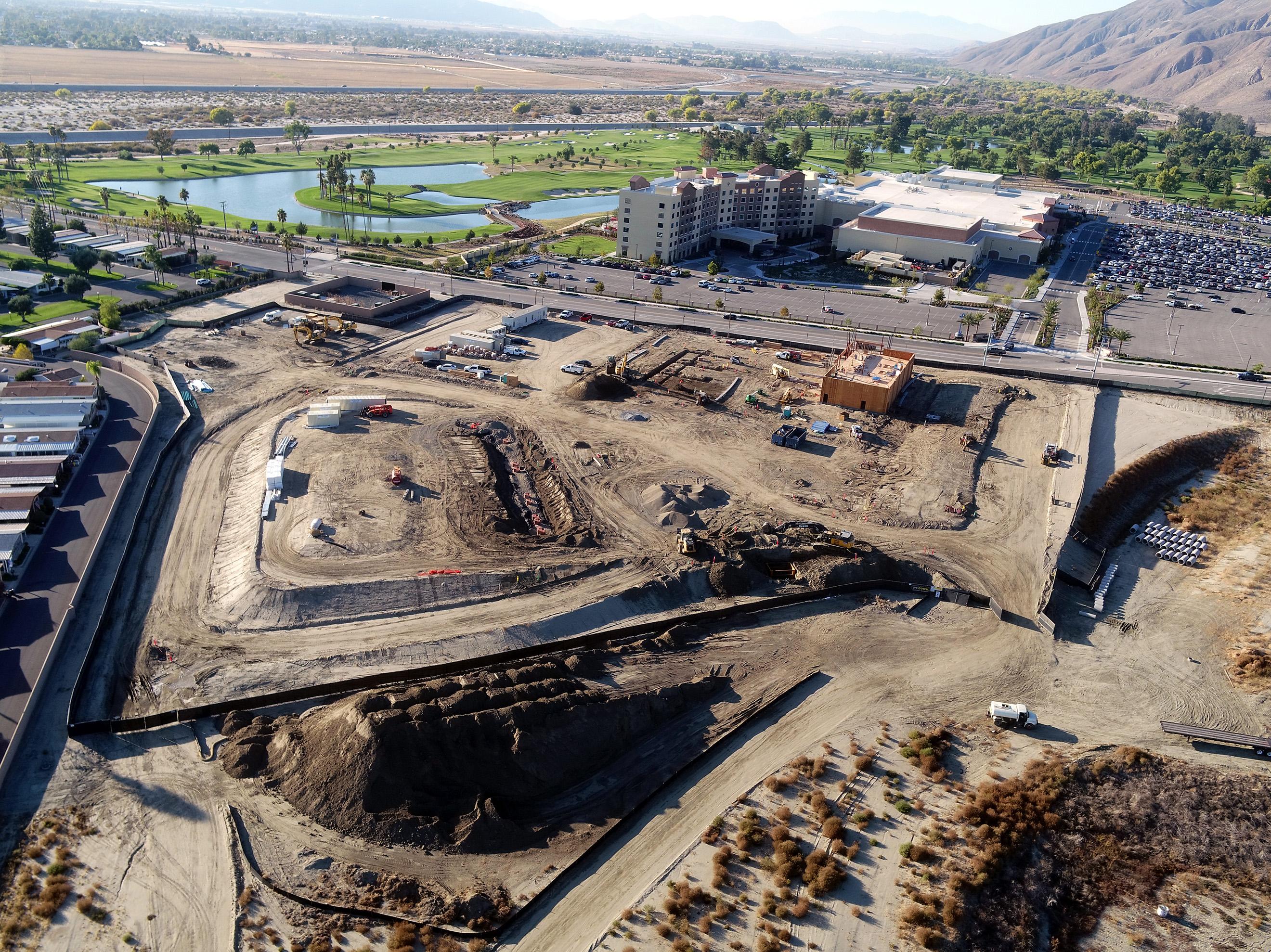 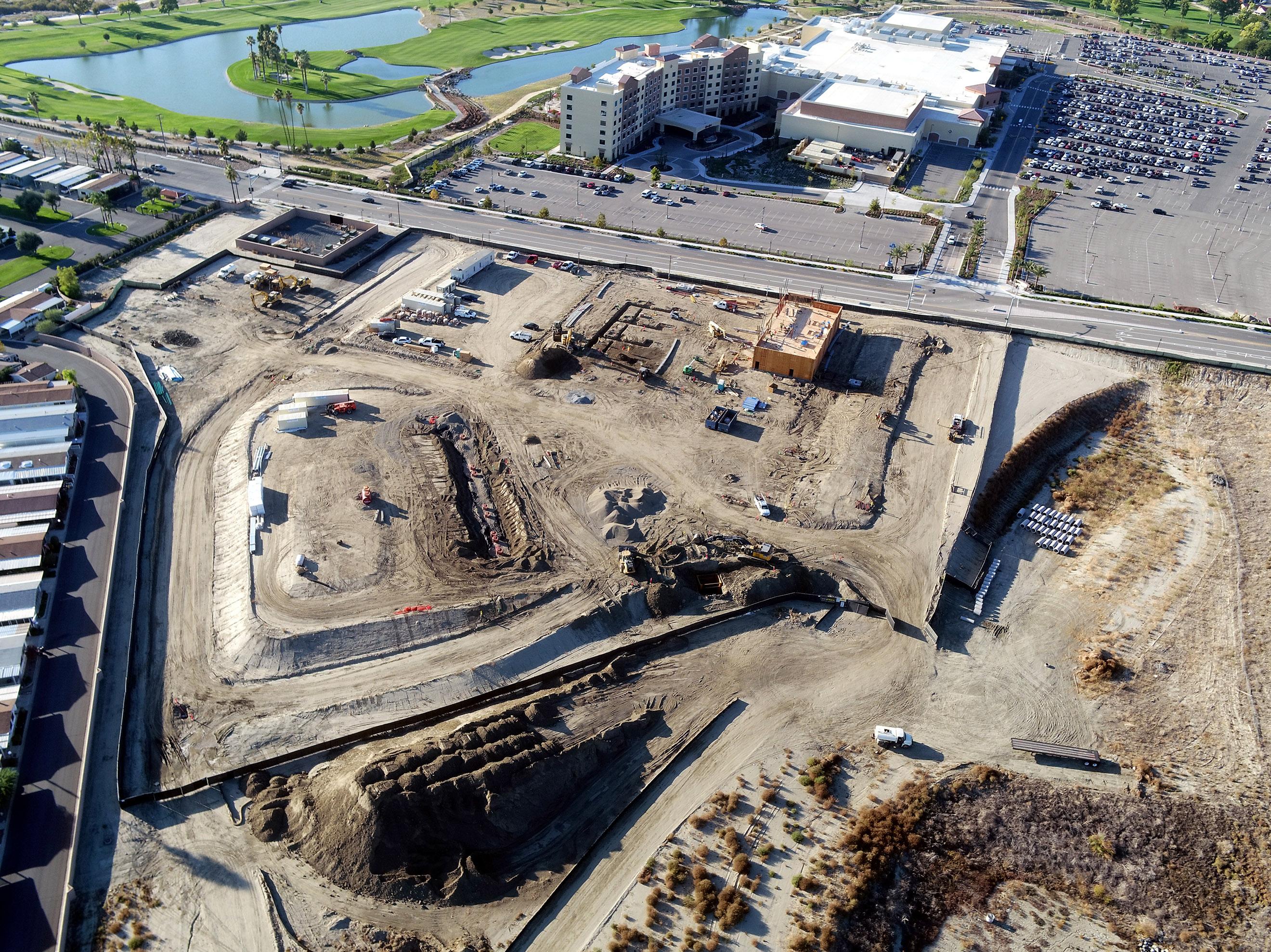 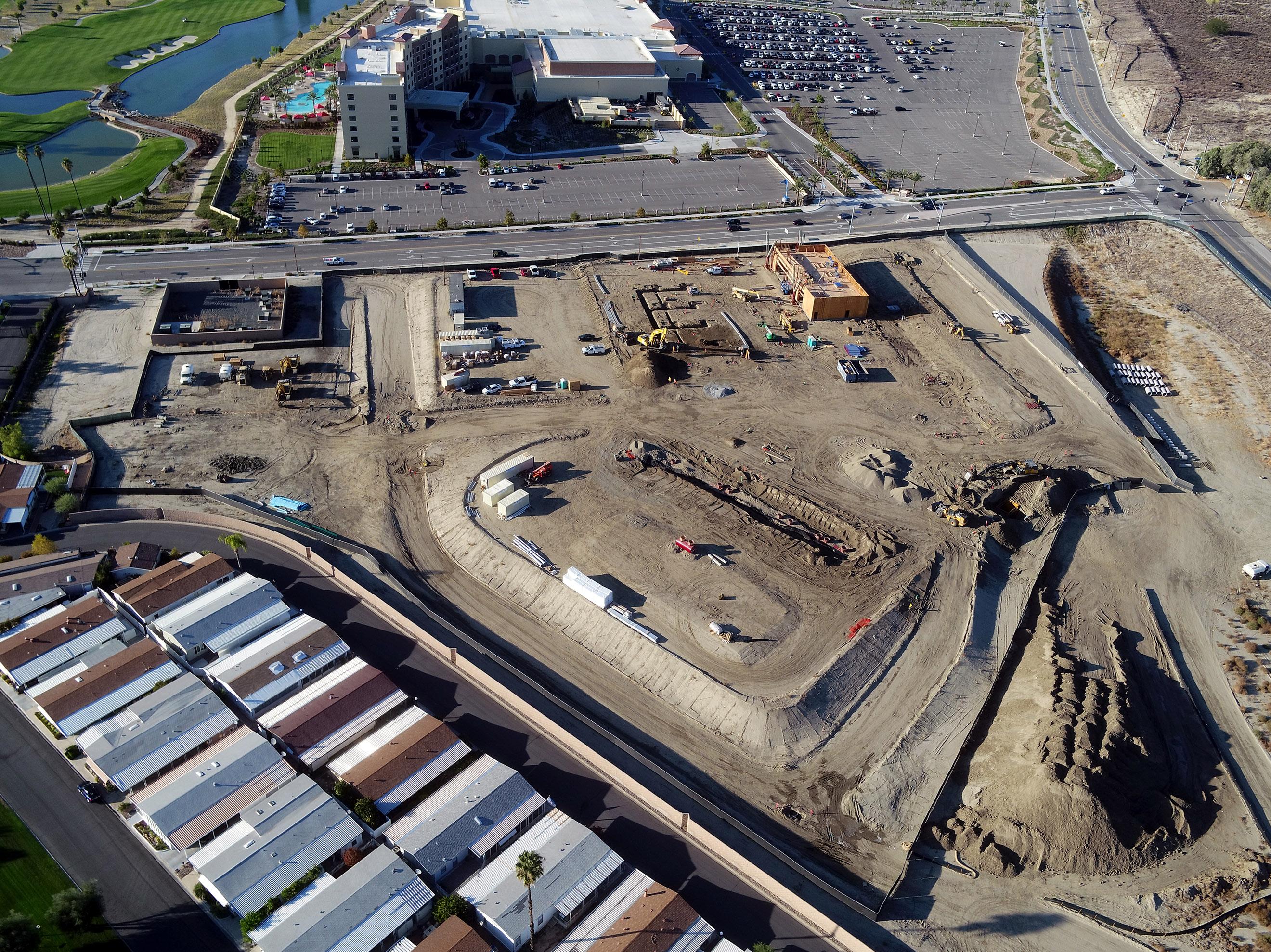 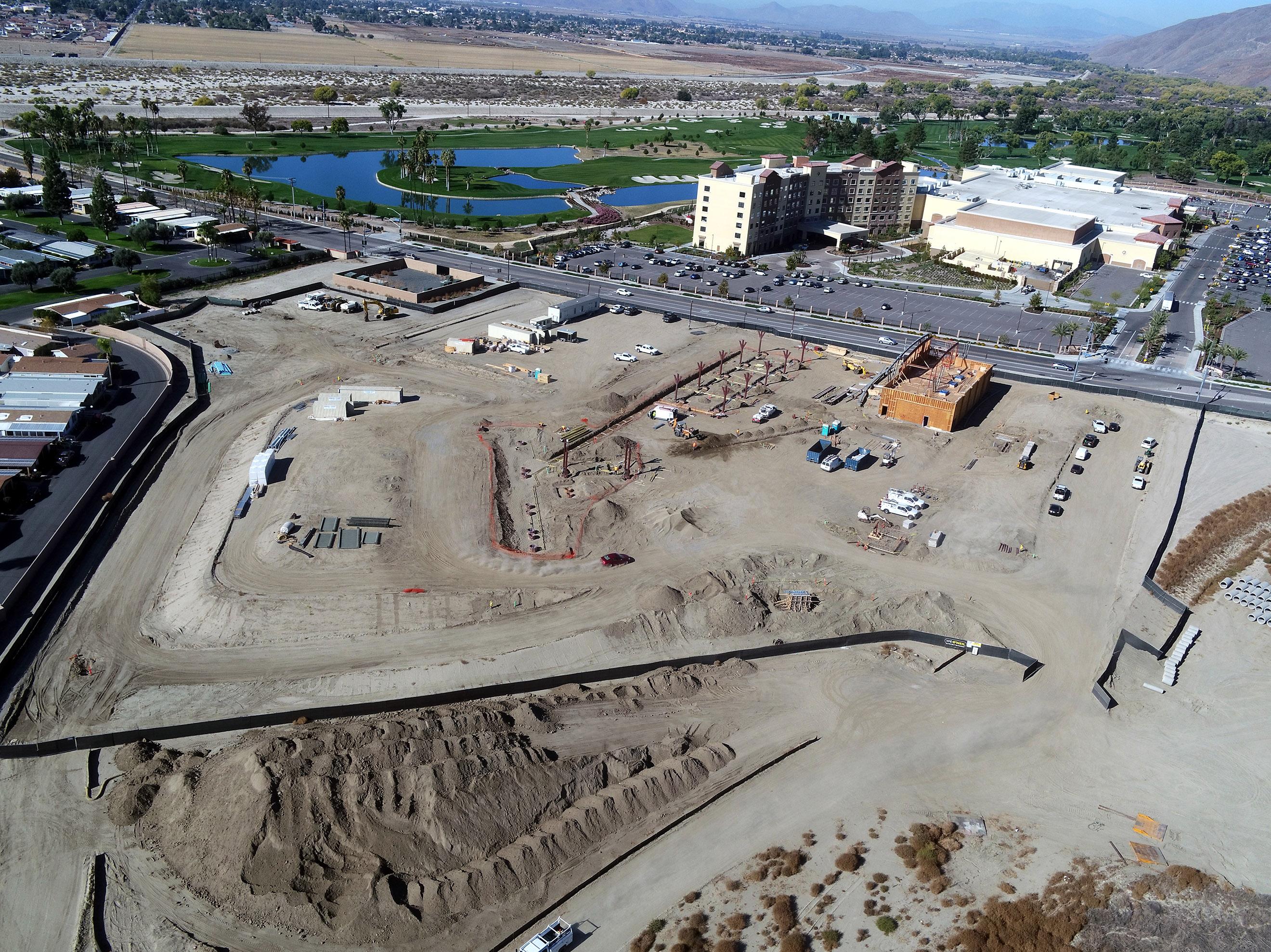 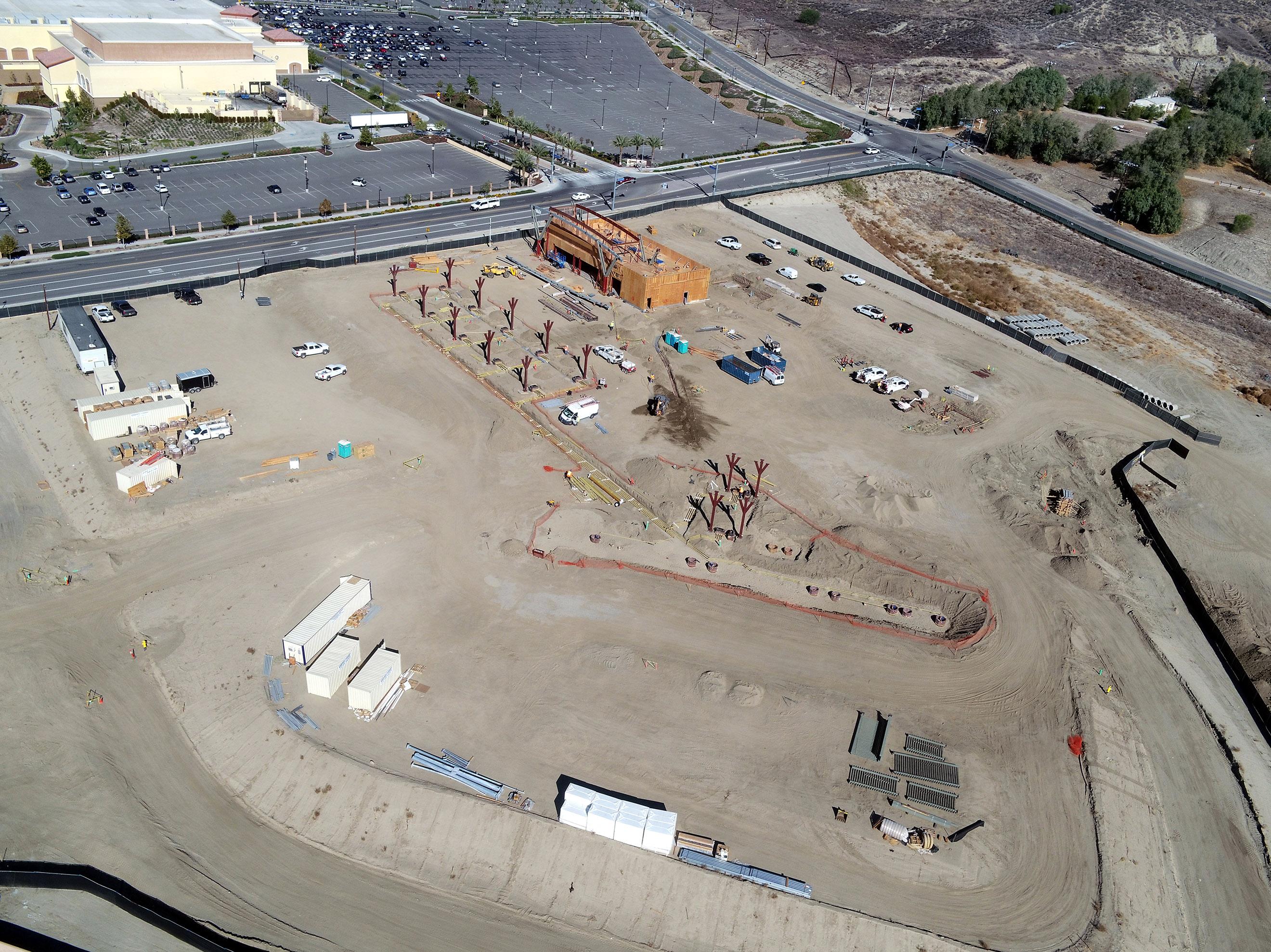 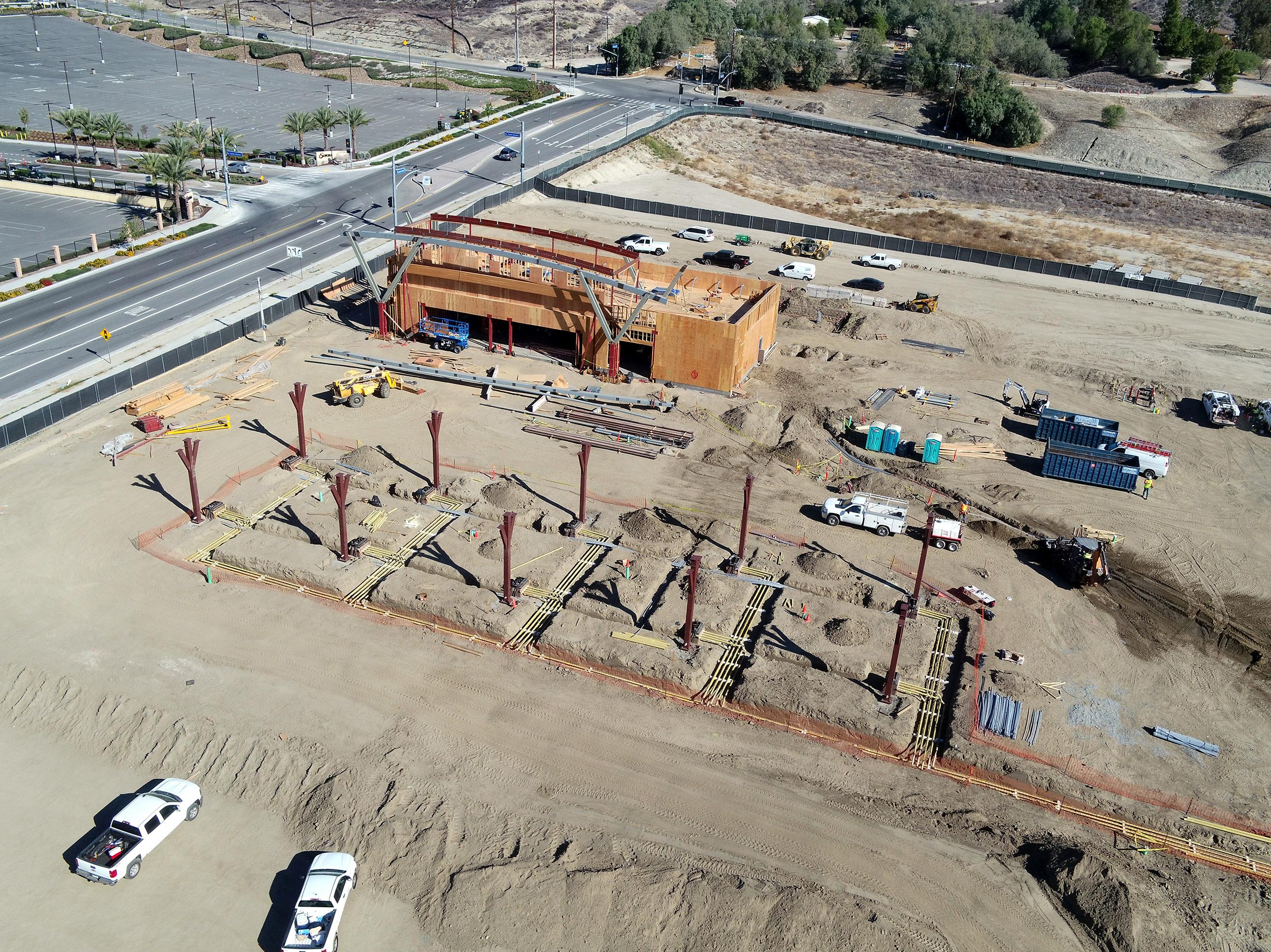 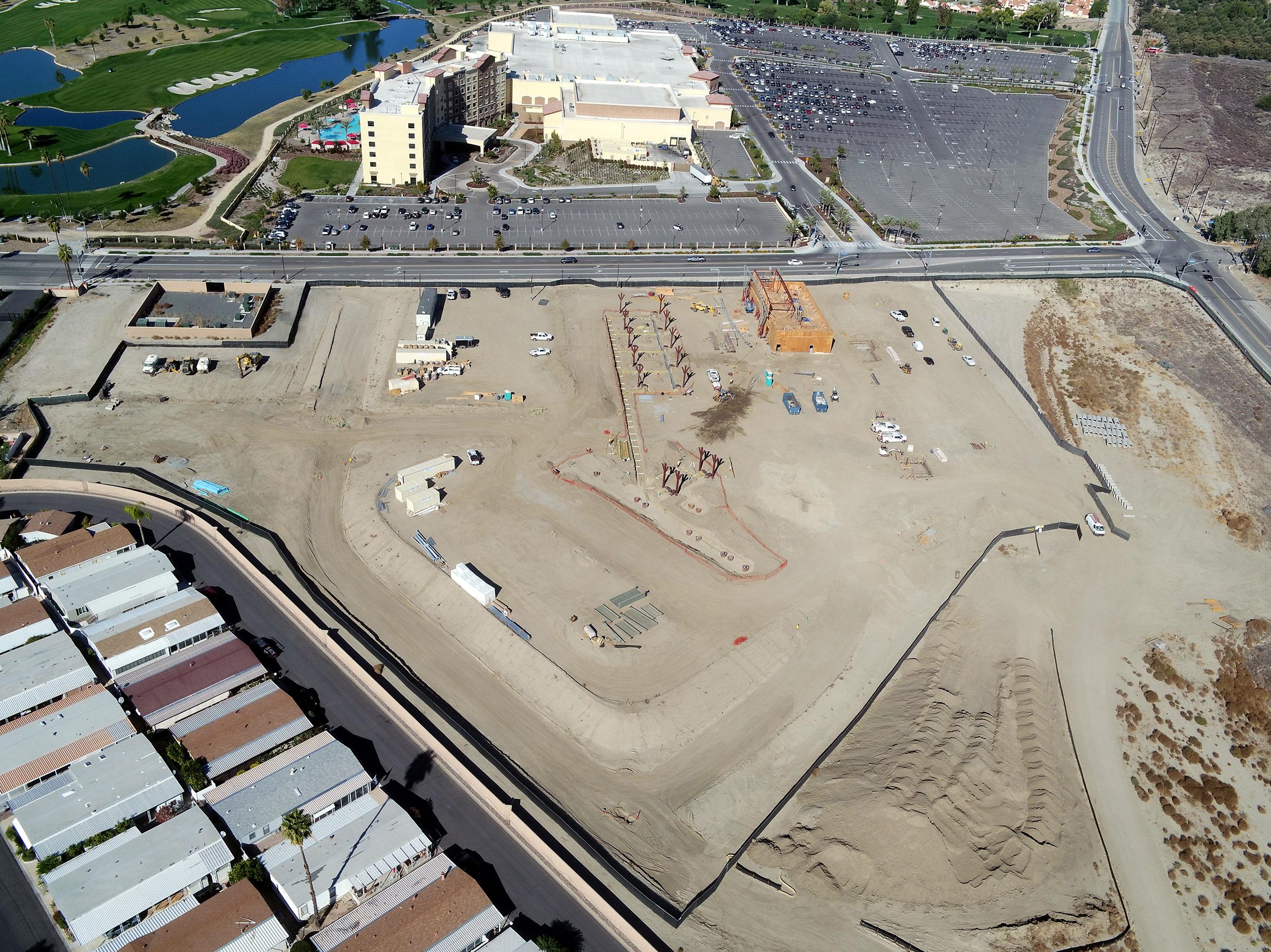