After her junior year at Great Oak High School in Temecula, Yawaywish Laupsa-Briones got noticed by a West Point softball recruiter who had viewed a couple of her tournament games. She did some research on the school and its athletic program and decided she wanted to commit to the school. On July 11, she left California to start her academic career there.

“West Point is an opportunity of a lifetime and I did not want to miss it,” said the 18-year-old member of the Soboba Band of Luiseño Indians. “The reason I chose West Point was the great student body, the staff and their willingness to always help, its softball program and the ability to serve our country as an Army officer after I graduate.”

President Thomas Jefferson signed legislation in 1802 establishing the United States Military Academy at West Point, New York to ensure those attending the school would be representative of a democratic society. Initially designed to focus on civil engineering, the school’s curriculum has expanded to encompass science, technology and the humanities.

“My plan is to major in mechanical engineering and minor in business,” Laupsa-Briones said. “The job I hope to receive (after enlistment in the U.S. Army) is engineer officer where I will design, build and maintain machinery.”

The softball standout also is looking forward to playing on the school’s team all four years she attends. She played club ball for the Semper Fi Bulldogs John Lucero 18u team in Murrieta for years.

Her mom, Faith Laupsa, works part time at AMR Hemet and said her daughter’s involvement in sports led to improvement in many areas of her life including health, community and tribal leadership, unity and academics.

“Travel ball is year-round, excluding the time you play high school ball, and it consists of practices weekly and tournaments and showcases on weekends,” said her father Jacob Briones, a Fire Captain at the Soboba Fire Department.

Most tournaments were held in Southern California, but several were out of state.

“With all the traveling I have done with club sports, it does not help with moving across the country,” Laupsa-Briones said. “I am optimistic but being far away from family will be quite hard.”

She attended a softball camp at West Point before she applied and said the gorgeous campus reminds her of the Soboba Reservation, which might be helpful as she transitions to her new home.

West Point is a military academy, so all tuition is paid as long as U.S. Army enlistment follows graduation. A four-week boot camp began on July 13 and academic classes will start soon after that.

“It is an honor to get into such an establishment,” Laupsa-Briones said. “I also received a scholarship from Riverside-San Bernardino County Indian Health Inc., which was a tremendous help in getting all of my supplies for the upcoming school year.”

Because of COVID-19 and the interruption to in-person school activities, no senior awards were presented but Laupsa-Briones earned a 4.0 grade point average on her final report and said that was a good enough reward for all the hard work she put in and all that she accomplished.

Great Oak High School had a student body of 3,255 this past year and more than 800 were seniors.

“With a large school, I was able to develop my people skills, which will be very useful in college,” she said. “I am looking forward to meeting new people and making great memories. I also am excited to learn the ways of the Army and becoming an officer.”

Laupsa-Briones had some advice for younger students who haven’t found their own path yet.

“For those who are debating to leave home and go to college, do it. The world is full of opportunities that need to be taken,” she said. “If you don’t know how to go about pursuing your dreams, talk to an elder or someone in your field of interest as they will be more than willing to share their story and what they have done to make it a perfect career. By talking with a veteran, I was able to decide my career.” 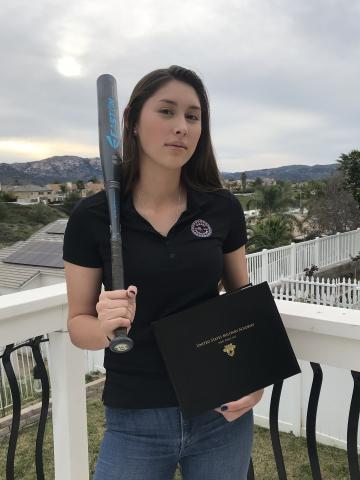 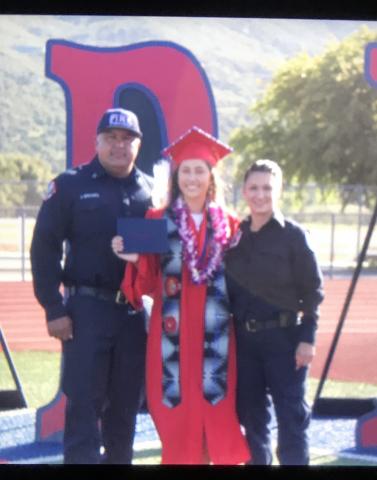 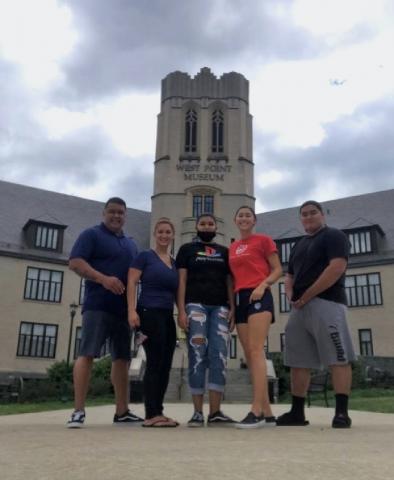 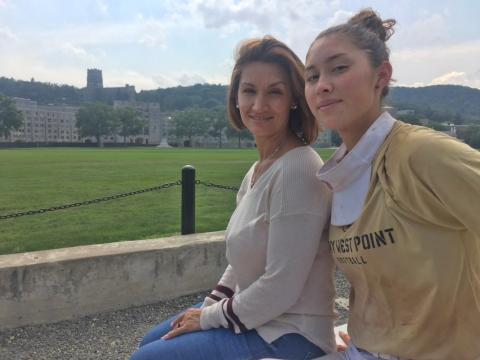 Faith Laupsa and her daughter, Yawaywish Laupsa-Briones, share a quiet moment on the campus of the United States Military Academy at West Point on July 12