The Robert Morreo Memorial Fastpitch Softball Tournament drew members of 18 teams to play a game they love while honoring a man who was well known for his game. Morreo, who passed away in 2013, was from the Torres-Martinez Indian Reservation but lived on the Soboba Indian Reservation most of his life.

His favorite pastime was playing and coaching the BeerNuts men's softball team, who were one of the teams in the tournament that ran from April 22 through 24. Players came from Long Beach and from throughout Riverside and San Diego counties.

The men's and women's teams played hard in elimination bracket play until men's team WAH, from Morongo, and Soboba Women's Fastpitch team emerged as first-place winners for their divisions. Each received a trophy and bragging rights for a year. The Robert Morreo Memorial is only scheduled for a total of five years, per his family's request.

"This is the second tournament played for Robert," Soboba Fire Department Chief Randy Sandoval said. "The Soboba Fire Department has sponsored each year and will continue until the fifth year. Proceeds are put aside to help with the next year's tournament – we buy shirts, trophies for the first-, second- and third-place winners, MVP trophies and we pay for umpires for all of the games."

The fire department also operates the concession stands to help offset expenses and grow the program each year. So far, it has purchased a Trager smoker and this year a griddle was purchased.

It was Soboba Fire Captain Gabriel Herrera and Engineer Jacob Briones who came up with the tournament idea and pitched it to the Morreo family to get their blessing. Both men had been coached by Morreo and were also related to him.

"I think the highlight is everyone having a great time with old friends playing good old softball," Sandoval said. "It would be fun for us to have a team, but our fire personnel are busy prepping the fields in between games, cleaning up and cooking. The on-duty shift helps too but they have to respond to emergency calls when needed."

Volunteers included Steve and Lisa Mendoza who helped with the fields and score keeping. They are the parents of Soboba firefighter paramedic Joey Mendoza. In the kitchen were Soboba Fire Department Administrative Assistant Tatiana Placencia and her mom, Tara Placencia.

More fastpitch excitement will be happening on May 25, 26 and 27 as the Soboba Band of Luiseño Indians and the Soboba Parks and Recreation Department host the 20th annual Men's and Women's Memorial Day Fastpitch Tournament. Games will be played at the Soboba Sports Complex and at The Oaks with first-place teams earning $2,500 in prize money. The public is invited to watch all the action. 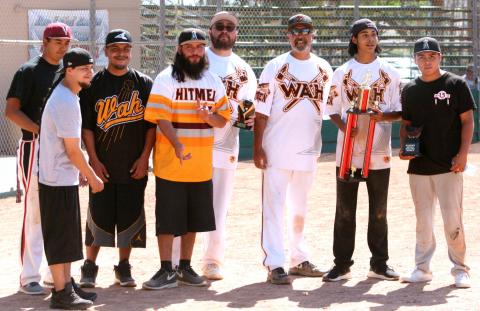 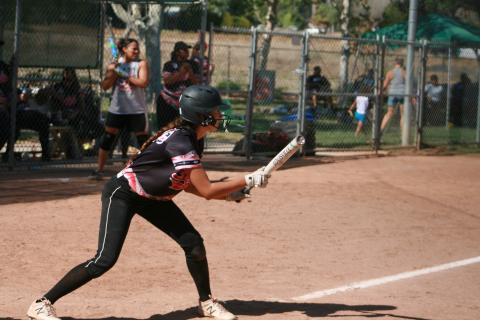 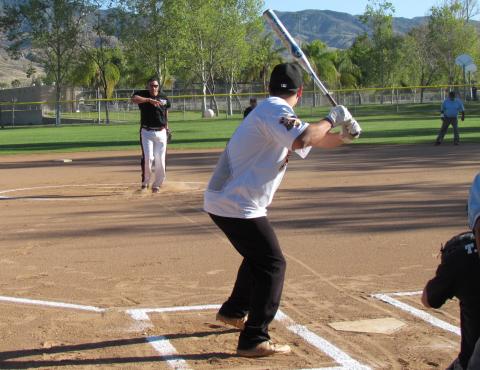 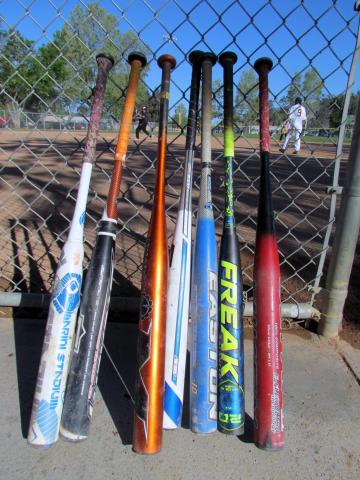 Bats used by men of the WAH team, from Morongo, slugged out a first-place win for the team at the recent Robert Morreo Memorial Fastpitch Softball Tournament