Sharing their culture with others unites Natives ◆ By Mike Hiles

Fifteen youth, aged 12 through 18, attended the 2017 National UNITY (United National Indian Tribal Youth) conference in Denver from July 6 through 10. All but one are tribal members of the Soboba Band of Luiseño Indians. Chaperones Harold Arres, Annalisa Tucker and Raelynne Rhodes accompanied the youth and also enjoyed the many varied activities.

"This event is important because our youth get exposed to different cultures, network with youth from around the country and learn valuable teachings they can bring home and apply to their community and futures," Arres said. "Some of our youth are a bit shy and nervous at first. After the first couple of workshops/days they become more involved, excited and discuss what they have learned with each other. They build friendships and working relationships with leaders. If they weren't already, they become deeply interested in their culture and wanting to help in their community."

More than 1,700 attendees met at the Colorado Convention Center for the largest Native youth gathering in the country. The five-day conference included keynote speakers, unique peer-led fitness activities and access to more than 50 exhibitors. The theme was "Finding Wellness & Healing Within Our Cultures." Forty-plus workshops covered topics of importance to youth with regards to careers, culture, health and the environment.

Emma Arres has attended two UNITY conferences before and said this one was a little shorter but there were many more attendees and more speakers that she enjoyed.

"My favorite thing about UNITY is how many of us natives come together and talk about our differences and issues so we can potentially help each other out," Emma said. "We have to unite as one if we want to get anywhere in this world since our people are a minority."

To qualify for attendance, youth had to have been active in weekly Teen Nights, have a strong GPA of 2.5 or higher and submit an essay explaining how they expected to gain from attending.

"One of the benefits I mentioned was networking," Emma said. "I met a lot of new people from all over the United States that are going to be doing big things later on in life."

Autumn Vivanco attended her first UNITY conference in 2015 when it was held in Washington D.C. and last year's event in Oklahoma City. She said her group got to do some sightseeing around Denver during their stay, including going to the Denver Nature and Science Museum and enjoying the views while walking around the downtown area.

"I made new friends and learned things I didn't know before but the thing I enjoyed most was learning about other tribes and their traditions," said Autumn, 16. "I definitely found the importance of keeping our culture, as well as all the traditions big and small, alive today."

She was made aware of some of the current issues facing Indian Country that she plans to share with her family, friends and tribe to see what her community can do to help improve things for others.

"The experience, as a whole, was amazing," said Harold Arres, who also serves as Soboba Tribal TANF Site Manager. "The youth were able to share their ideas and culture with Native youth from throughout the Nation. It gave them a sense of self-identity and pride."

Next year's conference will be in San Diego. 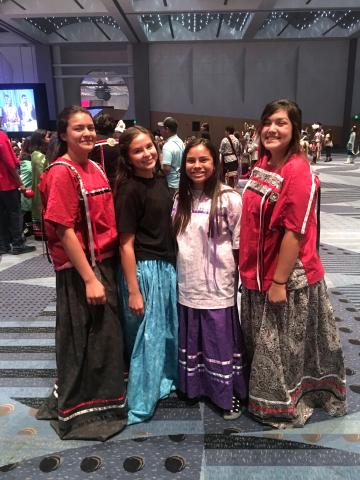 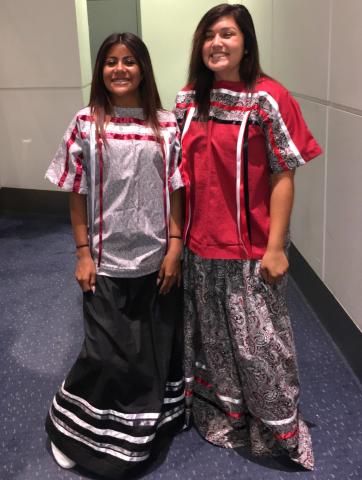 Soboba tribal youth Autumn Vivanco and Emma Arres were among more than 1,700 Native American attendees at the 2017 National UNITY conference in Denver from July 6 through 10 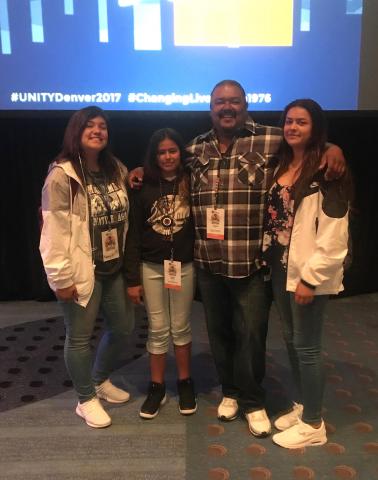