With so many sports programs canceled because of the pandemic, having Inter Tribal Sports offer a Cross Country season this year was like a breath of fresh air – literally. About 25 Tribal Members from the Soboba Band of Luiseño Indians signed up to be part of the team that will compete in upcoming meets at various local reservations.

Soboba is scheduled to host a competition on Feb. 20. The only eligibility requirements to participate on the co-ed team are to be an enrolled member of Soboba or a community member between the ages of 5 and 18.

Head Coach Ricardo Macias, who is the Lead Recreation Aide for Soboba Parks & Recreation, said the sport had a team last year and about 10 to 15 members of this year’s team are returning cross country runners.

“I love that this sport brings kids out of the house and participating in something, especially given the pandemic we’re in,” Macias said. “We are focusing on their endurance and stamina, making sure they’re running and trying to progress distance-wise each and every practice.”

Practices are scheduled twice a week at the Sports Complex at 4 p.m. so as not to interfere with school class time, which is currently online for all students in the area. Macias said learning good form is the goal of watching them closely during practice sessions with the help of assistant coaches.

“We like to make sure the kids are running with a good posture and making sure their heads or shoulders aren’t bobbling around,” he said. “For the little ones, it comes so natural for them because they’re still in tune with their primitive instincts.”

During a recent practice, the group was guided through some warmup, stretching moves and then divided by age group with the younger runners from ages 5 to 7 running around the perimeter of the softball field several times. The older athletes had to run around the entire complex about five times, with each full lap measuring about a half mile.

Suwoswush Resvaloso, 6, Tónla Hurtado Laurenzana, and Kali Red Fox were among the younger runners whose energy and enthusiasm kept them going strong even after a few laps around the field.

Tónla’s mom, Sasha Hurtado, said this is the first organized sport that came up that her five-year-old could join. She showed her daughter videos of last year’s team so she’d know what to expect.

Staying together as a group were Nowaniiki Resvaloso, 10, Akwaalimay Resvaloso, 11, Nephreteri Salinas, 15 and Nashashuk Resvaloso, 16, three of whom participated last year. They all welcomed the idea of having a positive activity that gets them out of the house and keeps them moving.

Established in 2002, the Inter Tribal Sports mission is to unify tribal youth and communities through structured athletic programs while providing necessary resources and developing a strong foundation in culture, leadership and wellness.

ITS furnishes youth and communities with occasions to build self-esteem, respect, acceptance and sportsmanship through fun and positive activities, while developing athletic skill and forming friendships, guided by appropriate role models in a sound, structured program that is non-profit, volunteer-oriented and open to all tribal youth.

More information on Inter Tribal Sports can be found at www.intertribalsports.org or by calling 951-719-3444. 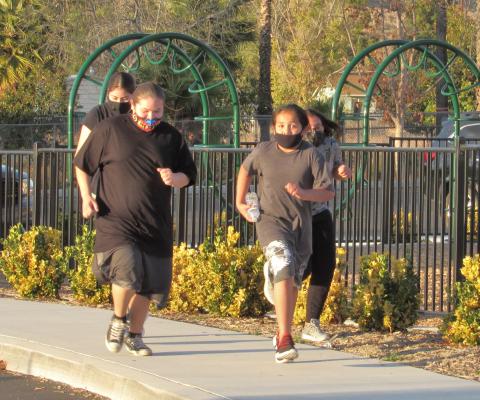 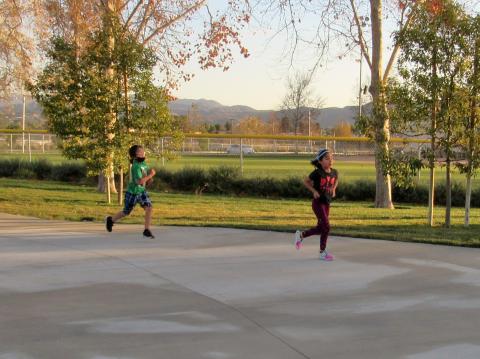 Suwoswush Resvaloso, 6, runs with Kali Red Fox, 7, during a recent practice of the Soboba team that is participating in this year’s Inter Tribal Sports’ Cross Country season 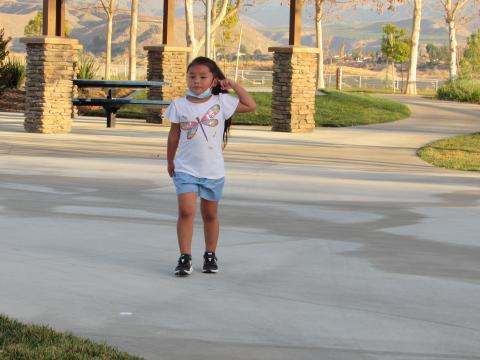 Tónla Hurtado Laurenzana, 5, makes her way around the softball field during a recent practice for members of the Inter Tribal Sports Cross Country team from Soboba 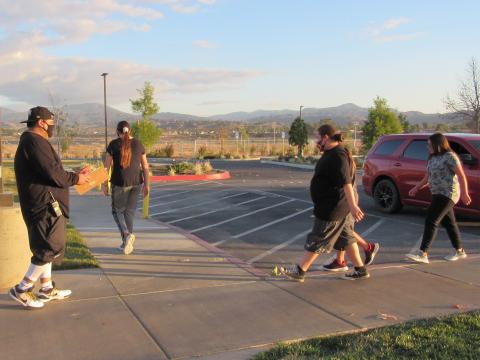 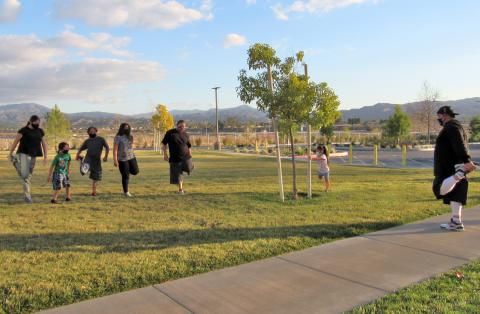 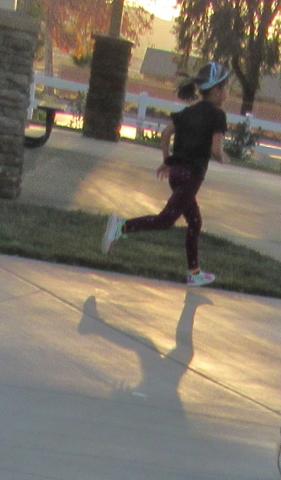 Kali Red Fox, 7, keeps running even as the sun starts to set during a recent practice for runners that signed up for Inter Tribal Sports’ Cross Country season 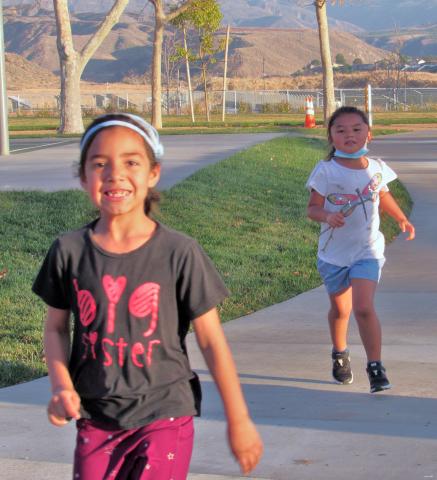