Soboba Band of Luiseño Indians tribal member Rachelle Peterson wanted to find a unique way to celebrate the milestone accomplishments of fellow tribal members, including her sister and cousin, in the wake of an unusual end to this school year.

“I thought we should honor our students within our community because they didn’t get to have a (traditional) graduation ceremony this year,” she said. “I called my cousin Mike Castello suggesting a parade and he went to Tribal Council and got it approved. This is the first time we’ve ever done this, but I think it should be done every year from now on.”

Peterson’s cousin Mariah Morreo graduated from Hemet High School and is headed to the Institute of American Indian Arts in New Mexico and her younger sister Raven Peterson graduated from Cal State, San Marcos with a double major in American Indian Studies and Political Science and is researching law schools to attend.

Families were invited to decorate their vehicles and participate in the Student Recognition Parade that travelled about three miles through the Soboba Reservation on Castile Canyon Road and Soboba Road, ending at the old casino parking lot. On June 26, about 30 vehicles staged at The Oaks to finalize decorations that recognized their family’s graduate or multiple graduates in some cases.

Tribal members being promoted from kindergarten to first grade, fifth grade to middle school, eighth grade to high school and graduates from high school and college were all invited to share their achievements by celebrating in a way that observed social distancing amid the COVID-19 pandemic but allowed family and friends to applaud their accomplishments.

Prior to the evening’s parade, kindergartners from the Soboba Tribal Preschool spent all day Thursday being recognized individually for their successful completion of the school year. Each student’s family signed up for a 15-minute block of time when they could come with their young child and have them receive special awards and a huge plastic sand bucket and a “snuggle bag” filled with projects from throughout the year and games and treats to keep them busy during the summer.

The day’s theme was crayons and colorful balloons greeted the graduates as they took to the stage and received their certificates and time to shine as family members applauded and took photographs.

Teacher’s aide Antonia Venegas spearheaded a frybread and tacos fundraiser to help with the cost of the celebration. The tribe supported the event in a big way, and the school collected more than enough money to purchase decorations, lawn signs and goodies for all the students.

Kindergarten teacher Cindy Lee said the hardest part of utilizing distance learning for the last few months of the school year was making sure the students’ reading skills were advancing.

“We spend the first part of the year on the alphabet and sounds but March is when we start teaching them how to decode words,” Lee said. “It was challenging because we couldn’t hear them read.”

In addition to using Class Dojo each morning, Lee made hour-long YouTube videos to go through their lesson packets step by step. She also created do-it-yourself physical science projects using common household products since that subject is covered in the classroom near the school year’s end. Homework packets that families picked up at the school contained assignments that the children did in the afternoon to reinforce that morning’s lesson.

While each student was singled out for an attribute or special quality that contributed to the class, Kihuut-Tuukut Adame was also given the school’s first-ever award for perfect attendance.

Preschool Director Dianne King thanked each family for their support and dedication to keeping their students engaged and connected during the time they had to spend at home rather than in the classroom. She said the coronavirus pandemic challenged the school, families and the community but it also taught the students about compassion firsthand.

Many of the kindergartners joined in the parade and were waving to all the familiar faces that tailgated along the parade route to cheer all the graduates for their achievements. Led by Soboba Fire Engine T1 with its lights flashing, siren blaring and horn honking, the enthusiasm of the crowd was seen and heard as the vehicles made their way along the parade route. 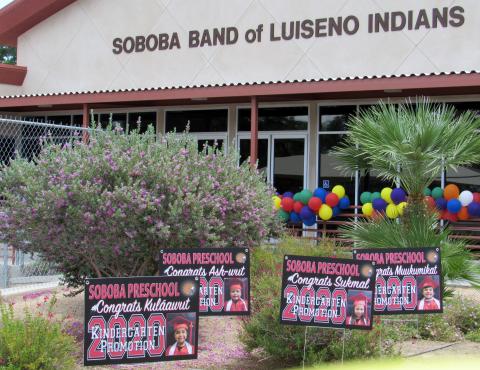 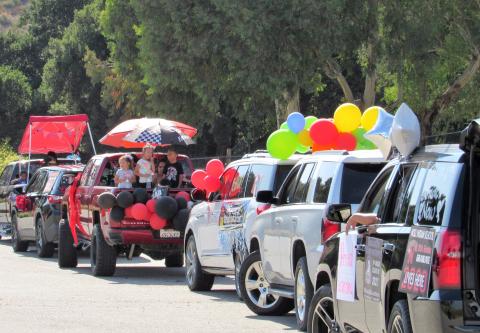 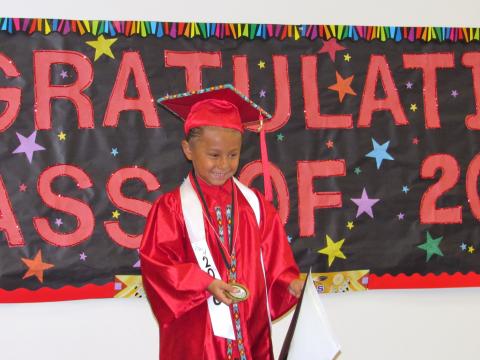 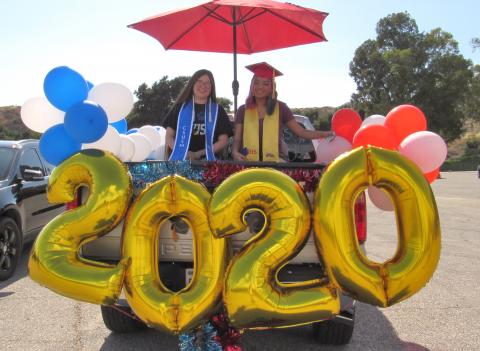 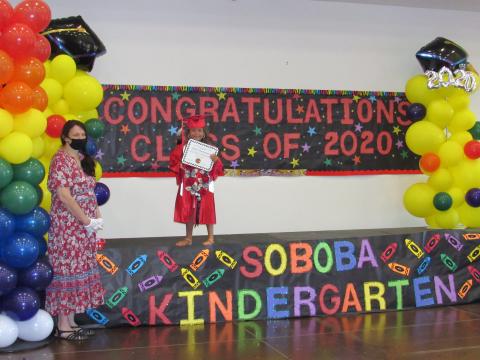 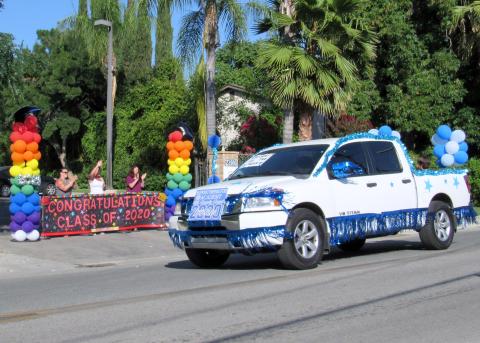 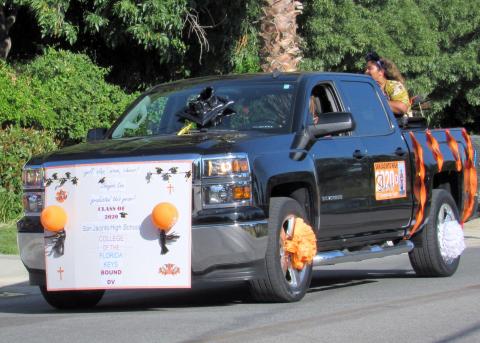 Shayna Silvas-Thomas, a third generation San Jacinto High School graduate, waves to cheerleaders from the back of her mom’s truck during the Student Recognition Parade on June 26