Carmelita Vallejo has long championed social causes and did not let the current global pandemic stop her from organizing a family prayer gathering on May 5 to acknowledge the National Day of Awareness for Murdered and Missing Indigenous Women and Girls (MMIWG).

“This is just another important thing I need to bring awareness to as I support the cause and pray for them,” said Vallejo, who is a member of the Soboba Band of Luiseño Indians. “We will support our sisters and lift each other up. This is especially important for the next generation – they need to know about this now.”

In 2016, there were 5,712 reports of missing American Indian and Alaska Native women and girls, though the U.S. Department of Justice’s federal missing persons database, NamUs, only logged 116 cases. Often, these disappearances are connected to crimes of domestic violence, dating violence, sexual assault, stalking and sex trafficking.

The Center for Disease Control and Prevention has reported that murder is the third-leading cause of death among American Indian and Alaska Native women and that rates of violence on reservations can be up to ten times higher than the national average.

Underreporting, racial misclassification, potential gender or racial bias and a lack of law enforcement resources required to follow through and close out cases appropriately, are just some of the challenges faced when working on these cases. Hopefully, awareness of these and other contributing factors can help reduce and eventually eliminate the widespread problem.

“This is why we need to support MMIW and make sure there are no more stolen sisters,” Vallejo said. “Four out of five indigenous women and girls experience violence today and I believe by bringing awareness, we will be more cautious of our surroundings and teach our youth to do the same.”

Prior to the stay-at-home recommendations, Soboba Youth Council members had plans for a rally. After that event had to be cancelled, Vallejo and her family decided to get together to bring help educate their community about this plight. About 35 family members and the Soboba Youth Council gathered near the temporarily closed Soboba Casino for a short afternoon ceremony.

Soboba Youth Council Vice Chairman Edwin Muro gave an opening prayer in the Luiseño language. Vallejo translated it as: “May our missing sisters feel our breath on their faces from all four directions; may they inhale our love, capture our strength and find their way home. Creator, hear our prayers today.”

“We need to be careful and stay together, like what we are doing today,” Connie Briones said.

Aurelia Mendoza was eager to show her support for MMIW and for her tribe. Tanya Briones Rivera attended with her seven children and three foster children.

“It’s important for justice to be served for all Native American women,” Briones Rivera said. “My kids have learned all about it and have been taught to be aware of their surroundings and be cautious with people.”

Antonia Venegas opened up her heart to say a few words.

“We are gathered here to show support for those who have lost a loved one and that includes a few women from Soboba,” she said. “We are wearing our colors to show we support families all over with women of all ages and to let them know they are always in our prayers.”

The MMIW movement uses red as a symbol of solidarity as it is believed (in various tribes) that red is the only color that spirits see. Vallejo said that by wearing red, it is hoped that the spirits of all the women and girls will be called back so their families may have peace. Soboba Youth Council Chairwoman Iyana Briones also spoke.

“We care for each and every one of these women and girls and we pray for the ones who are gone,” she said. “The girls wear red and the boys wear black as a way to show no one is alone.”

Each year since 2017, May 5 is recognized as the National Day of Awareness for Missing and Murdered Native Women and Girls. The date was selected because the Montana congressional delegation persuaded the U.S. Senate to pass a resolution declaring the national day of awareness on the birthdate of Hanna Harris, a 21-year-old member of the Northern Cheyenne tribe who went missing on July 4, 2013 and was later found murdered.

The national day of awareness highlights the need for ongoing grassroots advocacy and changes to the laws, policies, and increased allocation of resources to end these injustices.

The Soboba group was further unified as bird singers and dancers shared a few songs during the ceremony. Vallejo, who lives on the Soboba Reservation near San Jacinto, thanked everyone for coming and said she hoped their prayers were heard. 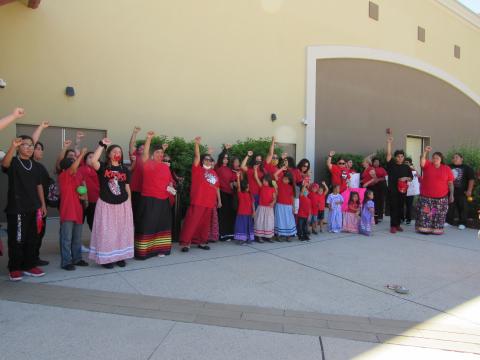 Carmelita Vallejo and her family gathered for prayer on May 5, the National Day of Awareness for Missing and Murdered Indigenous Women and Girls 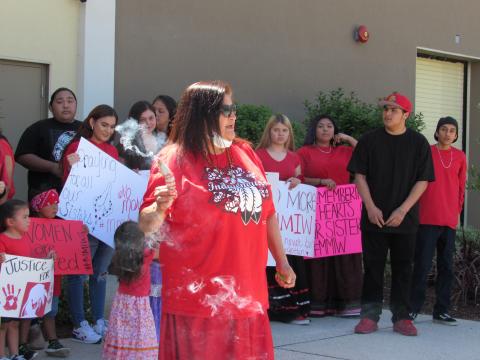 Carmelita Vallejo, of Soboba, opened the prayer gathering with lighting of sage 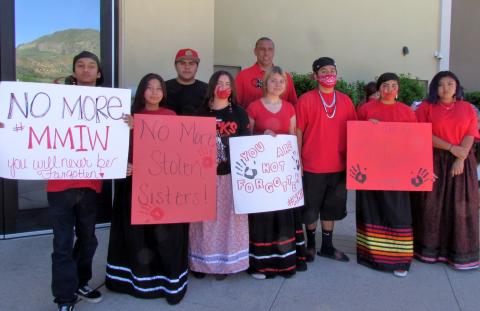 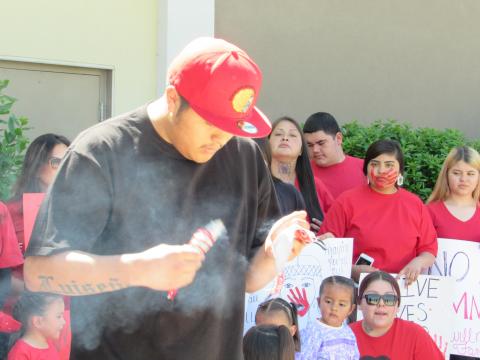 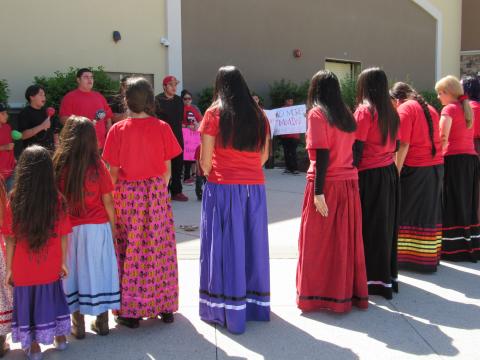 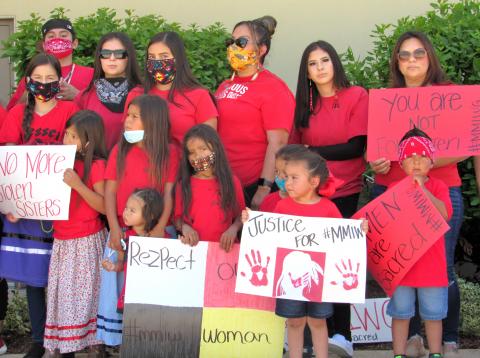 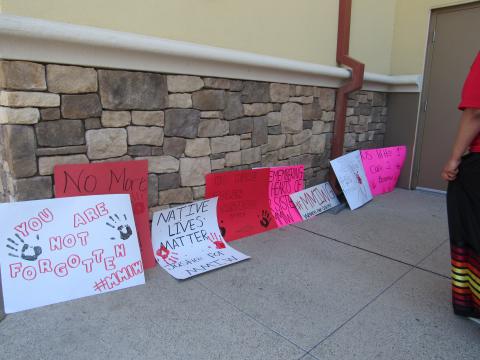