"I've wanted to become a firefighter since I was in middle school," recalls Castello, 27. "A smoke jumper was my first goal in firefighting but I ended up going to a more city-based department." On January 12, he was also presented with an award for "Most Outstanding-Functional Skills."

"I was presented the award for being the most proficient in performing all the skills/tasks asked of us throughout the academy on fire ground scenarios and testing processes," Castello said.

He moved to Maui in July to begin the 26-week academy training program. His wife and children followed in September.

"There's no way I could have done any of this without my wife (Jordyn) taking on the huge task of moving our home, children and dog across the ocean to Maui," Castello said. "I had to report a few months before we were ready to move our family so she was back in California with our three-year-old son Mason and one-year-old daughter Marley, organizing the move while I had already started the academy. Eleven weeks dragged by until we were finally under one roof together."

The academy was part of the job requirement for Maui County Fire Department (MFD). To be considered for a position as a firefighter, all aspects of the academy training had to be passed. Castello was among 17 members in the 33rd MFD Academy. Twelve graduates plan to work for MFD and the other five went to work for the Hawaii State Airport Fire Department.

"All of our water training was super hard but now I'm able to say that I'm very comfortable in pretty bad ocean conditions," Castello said. "Hawaii does get plenty of brush fires even though the humidity is typically very high. Maui has some pretty treacherous mountains that fires have been known to repeatedly burn on just because of how the brush and winds form on them."

He admits balancing family time with his wife and two children was difficult but a challenge they were able to overcome. The academy was a full-time commitment. Members had to report for physical training at 6:30 a.m. Monday through Friday and then had daily training scheduled until 4 p.m. that most times lasted later than that.

Now officially employed with the Maui County Fire Department as a firefighter, Castello's next step is to become a driver, or engineer. But first he has to complete a mandatory six years of service with the department before he can test into the position.

"With Academy completed and on my regular work schedule of 72 hours on duty and six days off, our family does a lot of exploring. Mason and I do stand-up paddle boarding and Marley loves playing in the waves," he said. "As of right now, the plan is to stay here for the long haul until retirement, but you never know."

For others seeking to pursue their goals, Castello said, "Doing your absolute best and taking pride in whatever you do goes a long way. Being open to learning new things and being taught new ways of doing the things you already know is a great trait to have when working in a Fire Department. Nobody knows everything, and everyone can always learn something."

His dad is very proud of his son's most recent accomplishment.

"As a parent, it is always exciting to see your children succeed but when they do it at such an exceptional level, the pride is even greater," said Soboba's Michael Castello. "To see my son reach his goals and realize his dream is so satisfying for me as a father." 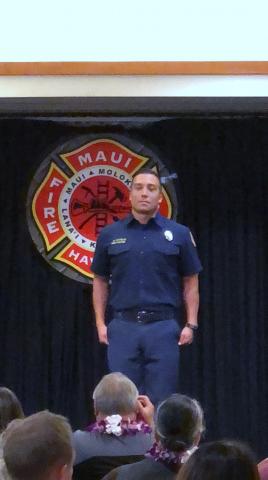 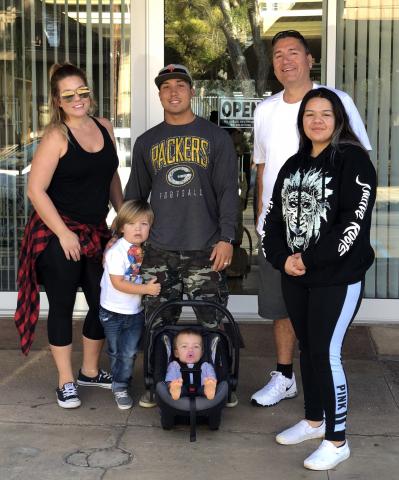