Benjamin Pachito lived at the Soboba Reservation for a brief time as a young child before moving to Virginia and then Florida but he has dozens of relatives that still live in the local area. He is one of the sons of Richard A. "Dungie" Pachito and one of the many grandchildren of Mary L. Basquez.

"Every time I go back to Soboba, I seem to meet a new cousin," said Pachito, 30.

He mostly grew up in Orlando, Florida but has lived in St. Paul, Minnesota since joining the Jacobson Law Group in 2016. Becoming a lawyer has always been a goal for the Soboba Band of Luiseño Indians tribal member.

"For as long as I can remember, I have always wanted to be a lawyer. In fact, I listed lawyer in my fifth-grade yearbook as the thing I wanted to be when I grew up," Pachito said. "There were numerous people that have helped me achieve my goals. Above all, my mother. Growing up, she instilled in me the value of education. She would always tell me that if I worked hard in school and went to college, then I could be anything that I wanted to be."

Raised in Florida, Pachito said other than his family members he doesn't recall knowing any other Native Americans until he went off to college.

"At Cornell University, I lived in Akwe:kon (Mohawk for 'all of us') for three years, which is the nation's first university residence hall specifically established to celebrate American Indian culture and heritage," he said. "Of the 35 residents, about half were Native. This provided me essentially my first exposure to Natives and Native American culture. Having grown up away from Soboba, I have always had an innate desire to learn more about my heritage."

Pachito graduated from Cornell in 2009 with a bachelor's degree in Applied Economics and Management. He earned his master's degree in Criminal Justice from the University of Central Florida in 2012 and his Juris Doctorate in Law from The George Washington University Law School three years later.

"Going into law school, it was not 100 percent certain that I would pursue Indian law. However, after spending a summer out in Navajo Nation and clerking for their Supreme Court, I became certain that I would pursue a career in Indian law," Pachito said. "Since my law school did not have an American Indian law program, I had to craft my own. I took every course that related to Indian law issues, such Federal Indian Law (of course), Administrative Law, Corporations, Natural Resources Law, Oil and Gas Law, Environmental Law, Federal Courts, Litigation with the Federal Government and Child and Family Law."

He said he wasn't sure exactly what firm or organization he would work for after finishing law school since Indian country is huge and there were many opportunities throughout the nation.

"Despite the immediate uncertainty, I knew that I wanted to eventually - if the opportunity ever arose - return to California and work for my Tribe," Pachito said. "To keep this option open (bar licensure is annoyingly complicated and not all states' licenses are reciprocal), I took the California Bar Exam. So, in addition to a number of tribal courts, I am licensed to practice law in California and Minnesota."

Prior to Pachito's employment at the Jacobson Law Group, he served as a law clerk for Chief Judge Edward B. O'Connell and Judge Thomas J. Londregan of the Mashantucket Pequot Tribal Court. During his tenure there, he analyzed and provided recommendations on a variety of complex legal issues affecting tribal governance and commercial activity and the daily life of tribal members.

Pachito served as a legal intern for the U.S. Department of Justice's Federal Bureau of Prisons and its Office of Tribal Justice in Washington, DC. He also interned for the Association on American Indian Affairs in Maryland.

"On a high level, I find Indian law interesting because every case and project that I have is in some way geared towards strengthening tribal sovereignty, encouraging economic development or promoting tribal self-sufficiency," Pachito said. "On a practical level, I find Indian law interesting because it's both very broad and very specific. When you practice Indian law, you are both a general practitioner and a subject matter expert."

"It's the job of the Indian law practitioner to apply the very particularized Indian law concepts to these various areas of law," Pachito said. "With such a wide range of practice areas, I am always learning new things which makes for a very exciting job."

He has been married to his wife, Sophia, since 2015 and they have a son, Nicholas, who is almost one year old. He likes to go running with his Siberian husky, Koda (which is Dakota for "friend") and he has played soccer his whole life. Currently a member of an adult league, Pachito played club and high school soccer as well as college club. He said it's a fun and great way to meet new people.

The most exciting case he has worked on since joining the Jacobson Law Group was the first case he worked on from start to finish. It was a quiet title action case in state court. It involved telling the court that for some reason there exists an ambiguity or cloud over the title to real property and asking the court to determine who has good title and remove that cloud, thereby "quieting" all claims to dispute the title to the property.

"In this case, our client (an Indian tribe in Minnesota) owned two small parcels of land which they acquired many years ago. Although all the neighboring landowners agreed on the land boundaries, our parcels had very vague legal descriptions and thus required a quiet title action to clarify the legal descriptions," Pachito explained. "After many months of work, the case came down to a default judgment hearing meaning that no other party appeared and contested our claims and the court would enter judgment in our favor. This was an exciting case because it was my first case and my first court appearance. But it was also exciting because I was helping a tribe in its long journey to recover land that was taken from it. The process was long and tedious, but it made me realize that this is how tribes recover: parcel by parcel."

Pachito believes the most important Indian law issue is the potential for cases to incrementally weaken or chip away at tribal sovereignty.

"Tribal economic development and tribal self-governance strongly depend on the continued recognition of tribes' inherent sovereign authority," he said. "It is no secret to people who live in Indian country that there are firms, agencies and organizations out there whose interests are averse to tribal nations and who actively work to diminish tribal sovereignty. I knew at the outset of my legal career, that as an attorney practicing in Indian country I would never work for such organizations." 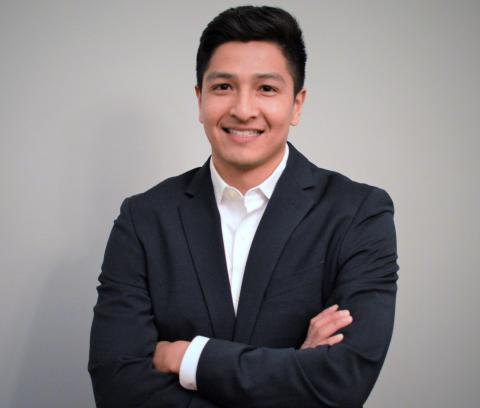