She said she always planned to return home to California and teach and this tenure track position offers greater job security, time and support for research and publishing and an opportunity to design new classes and curriculum to build the department, among other things.

“I look forward to building new courses potentially on California Indians, Indigenous feminism, and Indigenous futurism,” Rose said. “It will be great to be back home in California.”

She also plans to build relationships with local tribal nations and the sizable Native population living in the greater Sacramento area.

“Since it is the state capitol, it is an ideal central location to meet and interact with tribal peoples who travel there from throughout the state,” Rose said. “For example, there are plans to build the new California Indian Heritage Center in nearby West Sacramento.”

“The narrow view of Indian activism continues, and I work towards correcting this falsehood,” Rose said. “It is rewarding to educate and inform people – Indians and non-Indians – because this cultivates mutual understanding and respect.”

She enjoys teaching critical thinking, revealing new information, and validating Native students in her classes. She said for some of her Native students, she is their first Native professor and her courses provide them with their first introduction to Native scholar authors.

“There is an apparent educational gap for many college students when it comes to Native histories and cultures. Some recall learning about Natives maybe twice during their K-12 experiences, usually 4th grade and 11th grade – some even recall dressing up as pilgrims and Indians for Thanksgiving in elementary school,” Rose said. “The potential is there for college students to become informed and become allies. To understand where we are right now, you have to learn and reflect upon history. I always tell my students, you don’t know what you don’t know, but once you know, it is up to you to decide what you will do. It is awesome to introduce students to authors, theories, and methodologies and see that lightbulb moment.”

Rose received her bachelor’s degree in American history with a double minor in political science and social/ethnic relations from the University of California, Davis. Her doctoral dissertation and research focused on the San Francisco-based American Indian Historical Society. Rose dedicated her doctoral dissertation in memory of her grandfather, William, and to all California Indians past, present, and future. Her dissertation committee included historians Drs. Peter Iverson, Donald Fixico (Shawnee, Sac & Fox, Muscogee Creek and Seminole), co-chairs, and Drs. Annette Reed (Tolowa), James Riding In (Pawnee) and Matthew Whitaker.

Rose experienced challenges while earning her Ph.D. and encountered people who did not think the American Indian Historical Society (AIHS) was a worthy topic to research.

“When I started my program, I was one of two Indian women students (the other was Laurie Arnold (Coleville),” she said. “Graduate school consists of a lot of discussion and analysis. At times, I would find myself as the only student in class who had a particular opinion about a book or author. It was intimidating, but I learned to assert my opinion in class. My advice is to persevere in the face of challenges, seek support networks, ask questions, and every day be open to learning something new.”

Rose said the best life lesson students can learn is to find a healthy balance and what works for them as an individual.

“I recommend to always be reading something, not necessarily for school or a textbook, but fiction, poetry, and books for fun too,” she said. “Reading helps you decompress, especially important given everything going on right now. Currently, I am reading Octavia Butler’s Kindred and Leanne Betasamosake Simpson’s As We Have Always Done: Indigenous Freedom through Radical Resistance.”

“I am committed to mentoring Native students and if anyone would like to chat about college or graduate school, they can contact me. I encourage all Soboba students to consider applying and attending Sac State. My campus email address is Rose.SozaWarSoldier@csus.edu,” she said. “I am so grateful for the support Soboba provided me throughout my college experience to attend UC Davis and Arizona State University. I’ve been very fortunate and have had several outstanding mentors; my parents played a big role in supporting the goals of me and my older sister, Hilda.”

Rose contributed a chapter to Ka'm-t'em: A Journey Toward Healing published in May 2019 by Pechanga’s Great Oak Press and more information may be found at kamtem-indigenousknowledge.com. 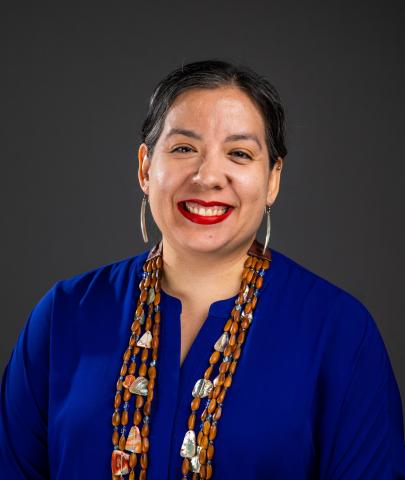