The young students that attend Soboba Tribal Preschool were excited to christen their new playground on Dec. 9. It had been about four weeks since the children had a playground due to the removal of the old one and installation of the new one. They had to spend their recesses indoors at the multipurpose room or stay inside the classrooms for longer periods of time. But it was worth the wait when all the kids got to overrun the new playground following its dedication and blessing. The renovation was made possible through a grant approved by the Soboba Tribal Council. Tribal Administrator Michael Castello said the old playground was built in the early 2000s and when the new preschool facility was built about four years ago a new play area was discussed.

“As the preschool continues to grow and we add more students every year, it made sense to redo the playground that was showing signs of wear and tear,” he said. “We hope the children will enjoy this redesigned playground for many years to come.”

There are currently 82 students enrolled and preschool director Dianne King, Soboba Public Works and the Cultural Resource Department worked closely with Pacific Play Systems Inc. to make this dream a reality for them all.

“This has been a community project – from disassembling the old playground to getting us to this day,” King said. “I want to give thanks to everyone for always supporting us.”

Kenneth McLaughlin, director of Soboba’s Public Works, said with Castello’s leadership he was glad to be given the opportunity to upgrade the playground. After reviewing proposals from four different companies to see what they could offer and how easily they could stay within the budget, Pacific Play Systems Inc., based in Carlsbad, was awarded the contract.

“The teachers and Dianne King worked together to pick all the colors and type of equipment,” McLaughlin said. “They knew which amenities the kids wanted and made sure all the equipment was right for their ages and met California’s code compliances.”

He said weather conditions posed the biggest challenge, as they tried to time the work during Thanksgiving break. The school was closed for about nine days so the crew could install about 13,000 square feet of new vinyl flooring throughout the school while others worked outdoors on the playground.

Demolition of the old playground and disassembly of the old equipment took about five full workdays. As soon as that was completed, the crew started construction.

Pacific Play Systems’ project manager and designer Salina Tuladhar said her company has done playgrounds for schools, churches, parks, HOAs and other entities mostly throughout Southern California for the past 10 years.

The play area is approx. 3,000 sq.ft. and is surrounded by concrete that was to be kept as a bike path for the tricycles. She had to work around the existing shade structures because they were not being replaced.

“The only challenge we had was that the site was not a perfect square or rectangle and we had to make sure there was at least six feet of clearance around each apparatus,” Tuladhar said. “It was great to see my vision in reality and I got excited when the kids got excited.”

The lime green slide reflects one of her company’s newest colors, introduced this year and it was the first time she got to see it in use.

“I love the whole thing!” King said. “When I was choosing equipment, I tried to incorporate the children’s lifestyle on the reservation such as the Soboba Fire Truck, rock climbing, drums and the dune buggy. I also chose items to help the children meet physical goals.

That’s why there are a lot of balancing pieces. My favorite is the dune buggy – it’s a great piece to start imaginary road trips with the kids.”

Tashina Miranda Ornelas, who teaches at nearby Noli Indian School, was there to see her youngest daughter, Tulóvat Téxmanxwanvish, enjoy the new playground for the first time. The kindergartner was excited to play on the fire truck that was added to the playground since her dad is a firefighter.

The new upgraded playground was opened for 82 students of the Soboba Tribal Preschool. With so many options, the children were excited to try everything at least once. The Poly Double Wave Slide in lime green was a favorite 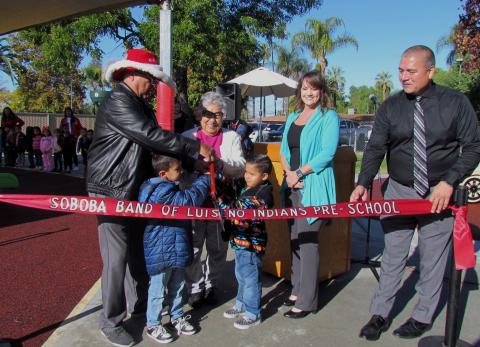 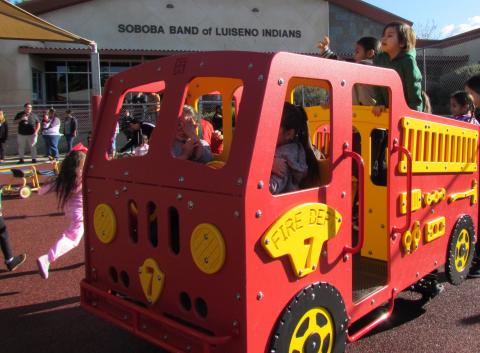 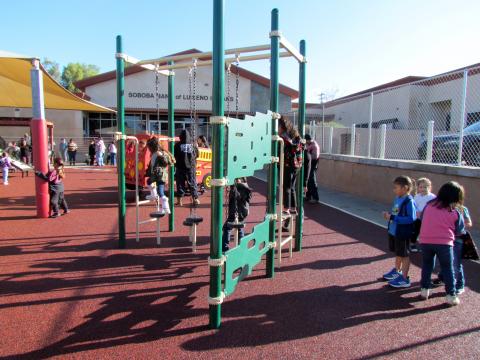 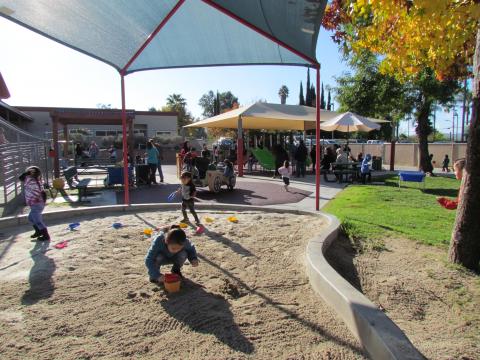 The 82 students of the Soboba Tribal Preschool were allowed to play on their new playground after it was dedicated on Dec. 9 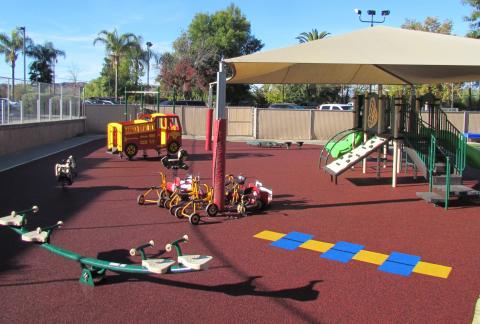 The upgraded playground at Soboba’s Tribal Preschool includes, clockwise from bottom right, a permanent hopscotch game, a four-seat tyke seesaw, Paulie Pony and toad spring riders, a multi-spring fire truck, an alligator balance beam and a deluxe grip climber that is part of the centrally located slides and other climbers. Tricycles can be ridden along the concrete perimeters of the 3,000 sq.ft. playground 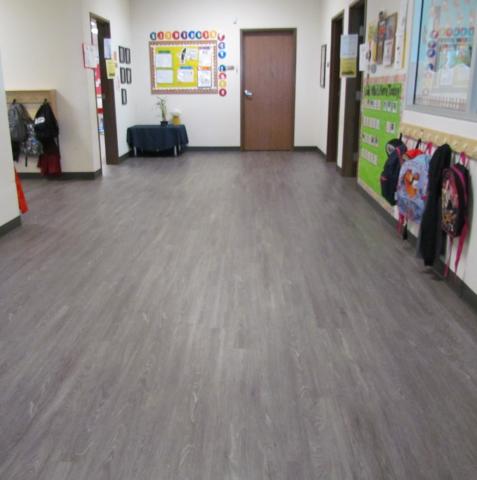 The Soboba Tribal Preschool dedicated its new upgraded 3,000 square foot playground on Dec. 9, shortly after 13,000 square feet of interior flooring was installed making this an exciting time for teachers, staff, parents and all the children 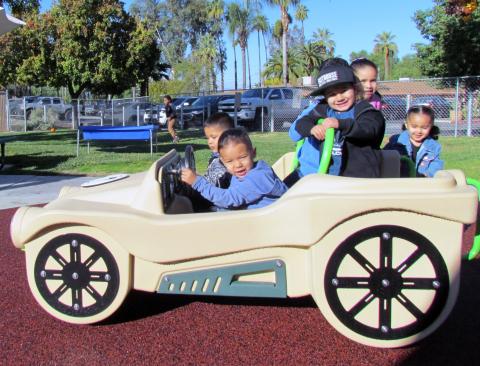 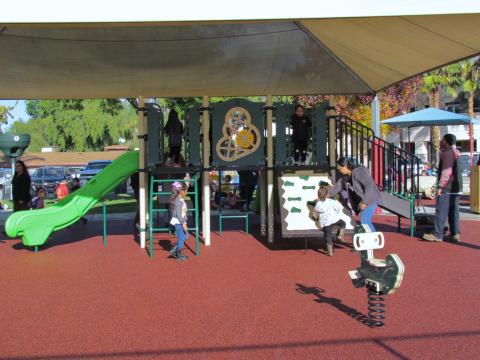 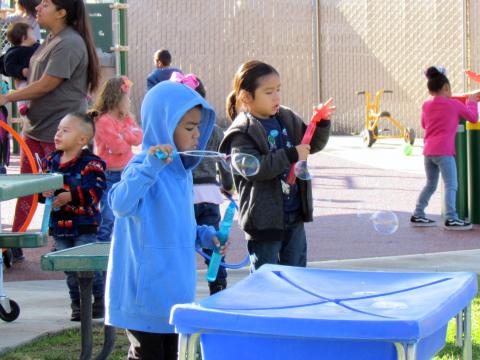 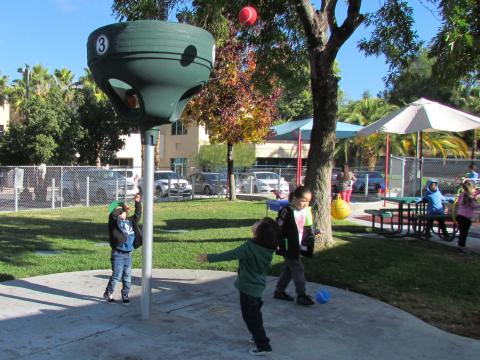