The National Education Association's Read Across America is an annual reading motivation and awareness program that calls for every child in every community to celebrate reading on March 2, the birthday of beloved children's author Dr. Seuss. Students at the Soboba Tribal Preschool were no exception as the children spent the day celebrating with green eggs and ham, a Whoville town and more. They also hosted their book fair all week long.

Pre-K teacher Amanda Vallin prepared her lesson plan for Read Across America week by choosing a Dr. Seuss book theme. Many of the parents sent their child with a favorite Dr. Seuss book. The class focused on "Green Eggs and Ham" as their weekly theme. Green was everywhere. The students even helped make green eggs with ham for breakfast.

Five-year-old Aubrey said the slime was stretchy and cold and felt like egg whites.

On Friday, the class celebrated Dr. Seuss' birthday with crazy hat day. The children came with the craziest hats. Some wore baseball hats, others wore sparkly hats. The best by far was Gilbert Bentancourt with his hamburger hat.

The kindergarten class chose "Horton Hears a Who" to decorate their classroom door. However, each day of the week, they had a different book to read and do activities.

"Rhyming is part of the kindergarten curriculum, so it was the perfect time to explore Dr. Seuss and his books," teacher Cindy Lee said. "We tend to find books with a story or a fun element."

Utilizing Dr. Seuss' "I Can Read With My Eyes Shut," the kindergartners made paper blindfolds and read books by memorizing them. The final day of the week was Dr. Seuss' birthday so they had a special red and white striped snack that replicated the hat worn by "The Cat in the Hat." All the students sang a rousing rendition of "Happy Birthday" to honor the author.

The children were also given a homework assignment of creating a Whoville character from a single, cardboard toilet paper roll. The Grinch would have been surprised to see such creativity displayed by the students. Noyaaykit Silvas designed hers after a noisemaker.

"I named him Pop Bob because it rhymed," she said.

During class on Friday, March 2, they had to make a house for their Whoville resident to live in.

"I made a walking house," said Samuel Venegas, who added feet to the bottom of the decorated box for his Mayor Bee character. "He can drive his house, too, if he wants."

The preschoolers that are two and three years old, learned about the Lorax and incorporated the environment into their lesson plan. Preschool director Dianne King said the children discussed how important trees are for the environment. The classroom door was adorned with a huge face of the Lorax and multi-colored Truffula trees. The favorite activity for the week was to make their own Truffula tree snack with marshmallows and bright, colorful cereal.

Motivating children to read is a key factor in student achievement and creating lifelong successful readers. Research has shown that children who are motivated and spend more time reading do better in school.

Brilliant, playful, and always respectful of children, Dr. Seuss charmed his way into the consciousness of four generations of youngsters and parents. In the process, he helped millions of children learn to read.

Dr. Seuss was born Theodor Seuss Geisel in Springfield, Massachusetts, on March 2, 1904. After graduating from Dartmouth College in 1925, he went to Oxford University, intending to acquire a doctorate in literature.

In May of 1954, Life published a report on illiteracy among schoolchildren, suggesting that children were having trouble reading because their books were boring. This problem inspired Geisel's publisher, prompting him to send Geisel a list of 400 words he felt were important for children to learn. The publisher asked Geisel to cut the list to 250 words and use them to write an entertaining children's book. Nine months later, Geisel, using 225 of the words given to him, published "The Cat in the Hat," which brought instant success.

Winner of the Pulitzer Prize in 1984 and three Academy Awards, Geisel authored and illustrated 44 children's books. His enchanting stories are available as movies, animated television specials and videos.

While Theodor Geisel died on September 24, 1991, Dr. Seuss lives on, inspiring generations of children of all ages to explore the joys of reading. 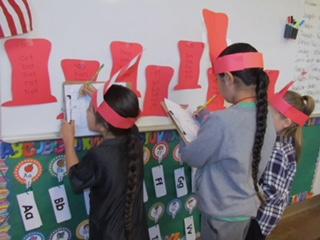 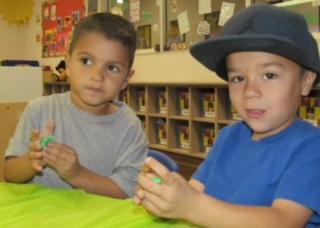 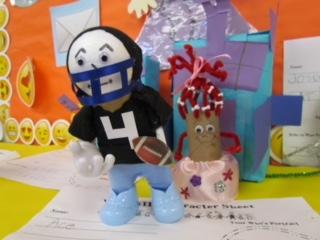 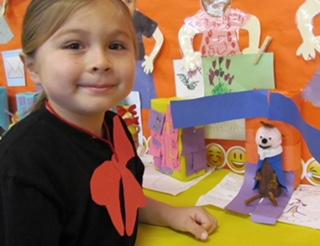 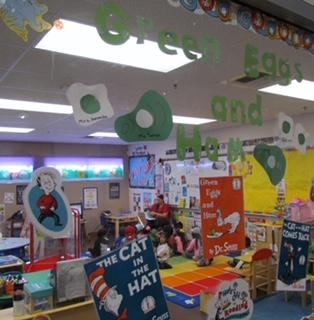 Pre-K students celebrated Dr. Seuss with Green Eggs and Ham activities and reading of the book by teacher Amanda Vallin 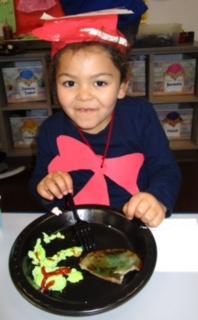 No’aalawi Boniface tried her green eggs and ham and liked them, just like Sam I am 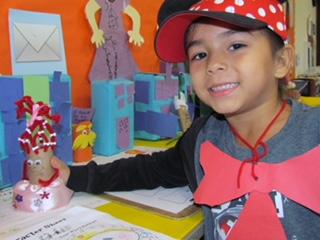 Raielyn Perez created a “mommy who likes the ballet” to add to the Whoville town her kindergarten class created in celebration of Dr. Seuss 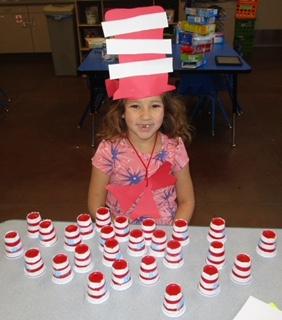 Noyaaykit Silvas counted and stacked cups that matched the hat she made to celebrate Dr. Seuss’ birthday at the Soboba Tribal Preschool on March 2