The 12th annual Lip Sync Contest presented by the Soboba Foundation and Soboba Casino Resort on June 28 entertained 600 guests with lots of “singing” and dancing. Each of the 12 nonprofit organizations represented onstage at the Soboba Band of Luiseño Indians’ new Event Center left money to benefit their worthy causes – some more than others.

Eight groups won $500 each and the top four finishers shared $10,000 in prize money. Rose Salgado, who pioneered the Lip Sync Contest 12 years ago as a way to unite the community in a fun and competitive spirit of giving to those in need, was one of the judges. Others were Mia Basquez, who co-hosted the event last year with Andrew Vallejos, Catherine “Cat” Modesto and Thomas Riesgo.

Michelle Modesto joined Vallejos as co-host this year and their chemistry was a highlight of the evening. Michelle served as a judge last year and was recently elected to the Soboba Foundation board. She was raised on the Soboba Indian Reservation and works for Soboba Tribal Administration.

“This was so much fun,” said Modesto after the completion of the three-plus hour program. She had gotten the evening off to a strong start by lip synching to Amy Winehouse’s classic hit “Rehab.”

Hemet Mayor Bonnie Wright said the contest, held at this year’s new venue, was a night to remember because of the fun and entertainment provided by the co-hosts and all the contestants.

“We greatly appreciate the Soboba Band of Luiseño Indians putting on this event for the past 12 years to help the nonprofits in the Valley,” she said.

First place and $5,000 was awarded to T.H.E. Center, Inc. which has been dedicated to improving the physical and psychological wellbeing of its students through its equine-assisted activities and therapies. A performance by “Lady Gaga” recreating her debut single “Just Dance” brought the house down as Kitt put on an incredible show.

T.H.E. Center’s Executive Director Miguel Sarasa was a little shocked when his organization won because he felt all the other groups did so great.

“Kitt is a fun, up-and-coming drag performer from Palm Springs and I just reached out and asked if he would be interested in participating,” Sarasa said. “Drag culture is so different and big on lip synching for entertainment so I figured what’s a lip sync contest without a drag performer?”

Sarasa, who has entered the contest for the past six years, said it’s always a pleasure to support the Soboba Foundation after all they do for the Valley and nonprofits.

“The major difference this year was being on a much bigger stage and having a larger audience at the beautiful Event Center,” he said.

Second place and $2,500 was earned by last year’s first-place finishers Up, Down & Dirty 4 A Cure Mud Run. The organization puts on an annual 5K fun run and festival to raise funds for the mission of the American Cancer Society. Three talented guys performed a medley of 90s hits.

“You did an amazing job,” judge Riesgo said. “You spanned everything from Art Leboe to my junior high school dance days.”

The Tahquitz High School Cheer Program, comprised of cheer moms, dads and coaches, were decked out in Britney Spears costumes and earned $1,500 for a third-place finish. The Hemet-based group has become a recognized leader among area high school cheer programs.

“That was lots of fun to watch,” judge Basquez said.

Divine Appointment Worship Center in San Jacinto delivered a powerful message with its performance of “Glory” by John Legend and rapper Common. It secured them a fourth-place spot and a $1,000 check. The impact church is focused on building a better community through its after-school and mentorship program for youth.

“That song was really deep and moving,” judge Salgado told them.

Relay for Life is the signature fundraising event for the American Cancer Society and raises money for cancer research, education, advocacy and patient services. The group’s performers got the Best Song award.

Kiwanis Club of Hemet is dedicated to serving children’s causes in the community. The local organization has been in existence since 1922. Its entertaining members received the Best Costume award.

The San Jacinto Unified School District is dedicated to educating and inspiring students to be college and career ready. Each year, they have a huge ensemble cast on stage and this year was no exception as they paid tribute to Soul Train with a medley of hits from various decades. This earned them the Most Entertaining award.

A Best Props award was granted to the Hemet Sunset Rotary Club, a service club that is committed to improving the quality of life for residents in the San Jacinto Valley.

Most Creative was earned by the Tiny Titans Cheerleading nonprofit organization. The youth group focuses on team building, respect and positivity.

The San Jacinto Education Foundation is a voluntary organization that strives to enrich the educational opportunities of students in the San Jacinto Unified School District. They received the Most Original award.

Most Dramatic was a solo performance by Joey Placencia on behalf of The Valley Queens Foundation, a scholarship program that supports young women. 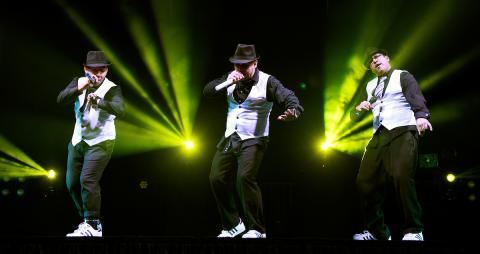 Performers for the Up, Down & Dirty 4 A Cure Mud Run nonprofit placed second at the 12th annual Lip Sync Contest, presented by the Soboba Foundation and the Soboba Casino Resort. Photo courtesy of Rodrigo Pena Photography 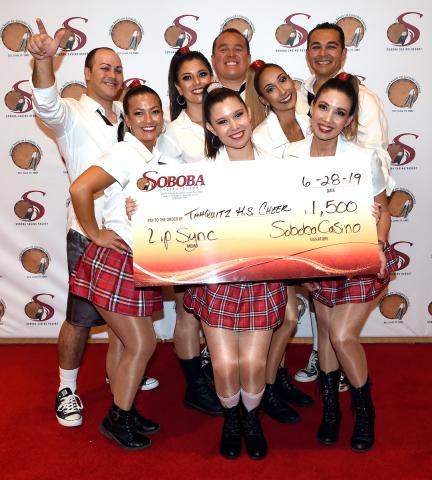 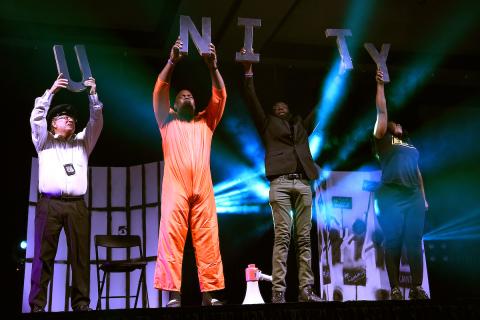 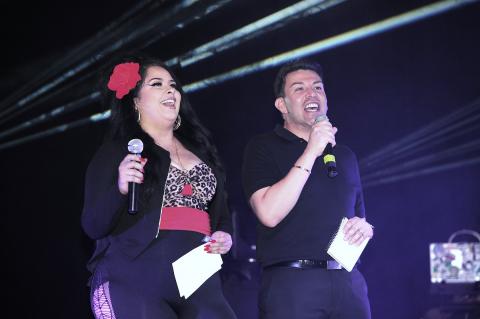 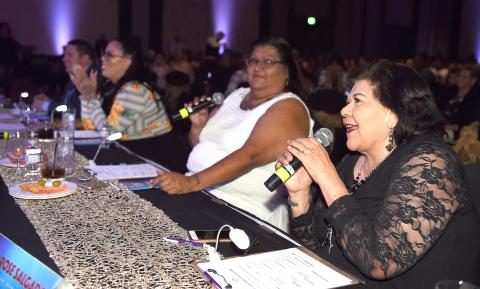 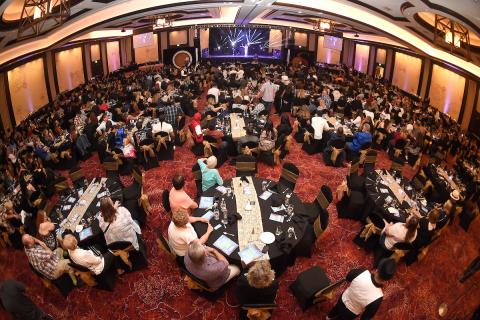