The Soboba Shootout All-Native +1 basketball tournament attracted a dozen teams to the Soboba Sports Complex gymnasium for the weekend of Feb. 29 through Mar. 1. Since that time, the coronavirus has put a halt to all sporting events. Luckily, these players were able to share their court capabilities before the shutdown occurred.

Steve Lopez, Sports Coordinator for Soboba Parks and Recreation said this year’s tournament was a collaborative effort between his department and the Soboba Braves men’s basketball team.

“In the past we have both put on our own tournaments but over the last couple years the turnout in each of our tournaments had been declining,” Lopez said. “Javier Sandoval, from the Braves, and I talked about combining our payouts and splitting the expenses toward putting on one tournament in hopes of drawing more teams and better talent.”

During the past few months, the Soboba Braves have travelled to play in multiple tournaments and help advertise the tournament.

“Both of us have also been utilizing social media and other online avenues to get the word out,” Lopez said. “I believe the work from both the Braves and our department have paid off as 12 teams is a good turnout for us. We had teams from the Dakotas, New Mexico, NorCal, Arizona as well as some Division 1 college level players.”

After about eight to 10 hours of play each day, the weekend’s final three teams were announced. First place was awarded to the Plainzmen, led by Captain Jim Archambault.

“We’re all longtime friends and we know how each other plays,” he said.

Teammate Alan Palesano is from the Morongo Band of Mission Indians and said while they only had to play four games during the bracketed play due to their strong showing, they took advantage of the opportunity to watch all the other games since they didn’t know who they would face in subsequent competitions.

“Our biggest challenge was ourselves – even though we play together all the time we had to play smart,” he said.

“We play tournaments one or two times a month,” he said. “We have the same base group but are new as a team of eight this time.”

Third place finishers were the Drifters. Captain Rainbow Good Bear said his team played seven games throughout the weekend before leaving with tournament tee shirts and a check for $1,000.

“We all practice where we’re from and we’ve been together for a while now,” Good Bear said. “We know each other’s game. We won the Bishop tournament two weekends ago. This is my first time to Soboba and I’m really enjoying it.”

Lopez extended his thanks to Braves members Javier Sandoval, Freddy Boniface and Nick Boniface for all their help in getting the tournament together as well as the staff at Soboba Parks and Recreation for making the tournament go smoothly.

“Also, a huge thank you to Charlotte Boniface and all the other women who kept everyone fed by running the snack bar over the weekend,” he said. 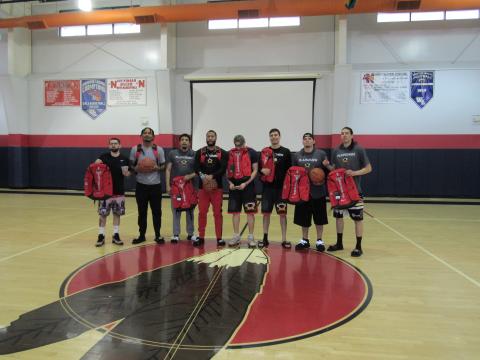 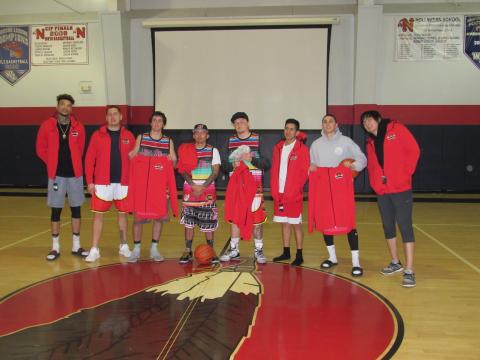 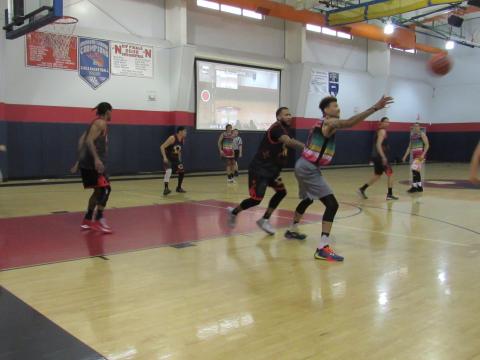 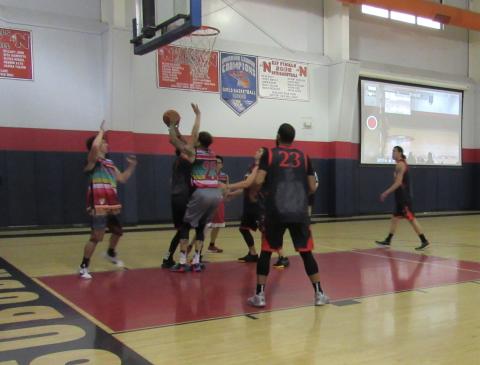 Before sports events were put on hold, Soboba was able to host a basketball tournament at its sports complex gym 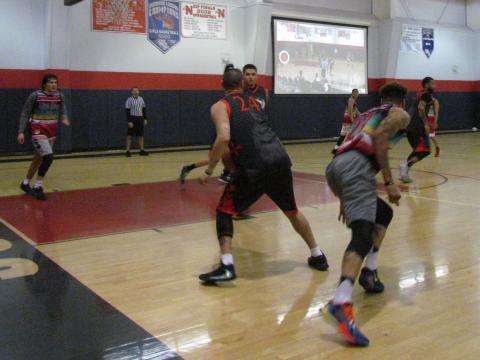