Scholars are recognized for their academic achievements ◆ By Mike Hiles

As a new school year gets underway, the Soboba Band of Luiseño Indians took time to recognize the academic achievements of its current students and recent graduates. An awards ceremony and brunch was held on August 4 at The Country Club at Soboba Springs in San Jacinto.

This is the third year of the event that was suggested by an elder at a general membership meeting who said she felt it was important to acknowledge the youth and all their hard work. "I couldn't agree more," said Adona Modesto-Salgado, who served on this year's Student Awards Committee. Other members were Lorina Duro, Lisa Huber, Shakoora Kabeer, Jillian Miranda, Sally Moreno-Ortiz, Andrea ReLopez and Johnna Valdez.

The committee worked collectively to brainstorm, delegate tasks and share the workload. Andrew Vallejos and Tatiana Placencia from the Soboba Foundation Higher Education division played instrumental roles in the program's organization as well.

"Andrew and Tatiana are such a big help because they help set up our meetings and track our progress and keep things moving smoothly; I am sure the rest of the committee would agree," Modesto-Salgado said.

Soboba Tribal Council Vice Chairman Isaiah Vivanco welcomed students and their families, introduced the other Tribal Council members and thanked the committee for stepping up to coordinate such an amazing event. "I love to be part of anything that is positive and involves community; it was easy for me to volunteer my time to the Awards Committee because it's a good cause," Modesto-Salgado said. "I had fun working with the committee planning an awesome event that our youth and their families could enjoy. I'm glad our tribe is able to do this for the youth because it's not only a way to acknowledge their achievements but to encourage them to continue their success and education beyond this event, especially our seniors. My hope is that they pursue their dreams and obtain an awesome degree along the way."

Eighteen students in grades six through 12 were honored based on their grade point average. Those with a GPA of 3.0 to 3.49 earned Silver Achievement status. Scholars with GPAs of 3.5 to 3.9 were recognized with Gold Achievement. All received a trophy, certificate and money lei, based on their GPA rank. High school graduates were additionally gifted with a Pendleton blanket embroidered with their name and class year.

Several high school graduates shared their college plans. Emma Arres, who graduated from San Jacinto High School, will be attending the University of Portland to major in math and minor in business.

Hemet High graduate Avellaka Arviso has been playing softball since she was seven years old and started pitching at eight. She will continue to pitch for Trinidad State College in Colorado as she studies for a degree in Criminal Justice.

Melanie Begay graduated from McClintock High in Tempe, Arizona where she participated in several orchestras. She plans to study language, law and psychology at the college level.

Avelaka Gonzales graduated from Pioneer High, where she played basketball all four years. She also took medical career and first responder classes and received her CPR certification there. She will attend Cerritos College to prepare for a career as an oncologist.

Summer Helms was active with many student groups at San Jacinto High before she graduated. She also served as Soboba Tribal Youth Council Chairwoman for two years and logged more than 300 community service hours. She will attend UCLA to earn her degree and work in the medical field.

Bill Huber has played basketball for 14 years. While at San Jacinto High, he served as varsity team captain for two years and was named MVP in his senior year. He also lettered in track during his freshman year. He will be attending California State University, San Marcos to study accounting.

Larissa D. Lugo graduated from Noli Indian School where she was involved in many cultural activities. She has enrolled at a community college to continue her studies.

Steven Silvas graduated from West Valley High School, where he played basketball and four years of varsity baseball. He was named MVP for his school's team, the first team all-league for baseball to receive the Bill Gray Baseball Award from the Hemet Sportsman's Club. He is pursuing a career in civil engineering.

After a blessing by Lorina Duro, guests were treated to bird songs by Walter Holmes, Daniel Hough and Keith Rice while enjoying a delicious brunch. Gifts, such as GoPros and Apple TVs, were raffled off to the students.

Vallejos thanked all who attended and made the event possible, pointing out that the Tribe's support will help to ensure the students' future success.

"Good luck to our recent graduates as they begin the next step of their lives and good luck to the students who will be returning to junior and high school this fall," he said. "I hope to see you all again next year to celebrate your accomplishments."

A separately-sponsored 2.0 to 2.9 Academic Awards Dinner was held at the Soboba Tribal Hall on Aug. 11 for students in grades six through 11.

"It is important as parents, family and the community to support the academic success of all our students," organizer Johnna Valdez said. "Since the Tribe's program started in 2015, I have seen the growth in our students who have worked hard to either maintain or improve their GPA." 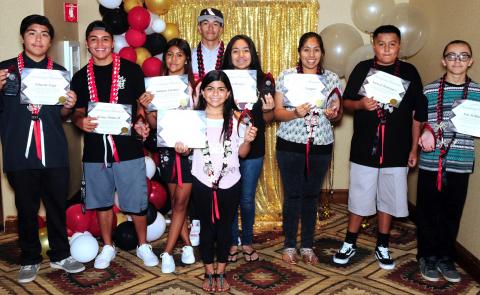 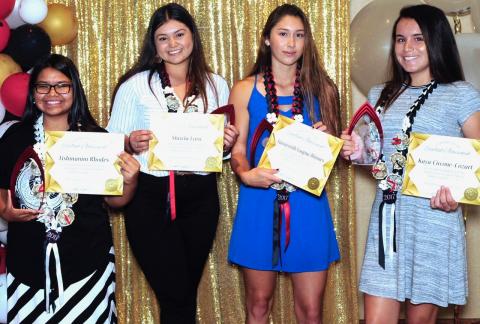 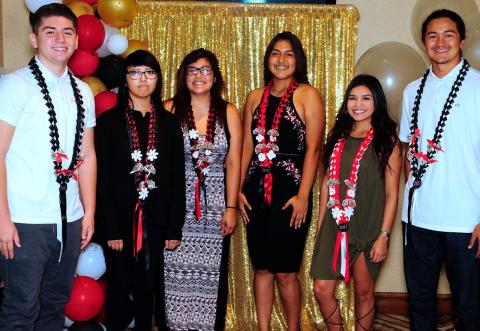 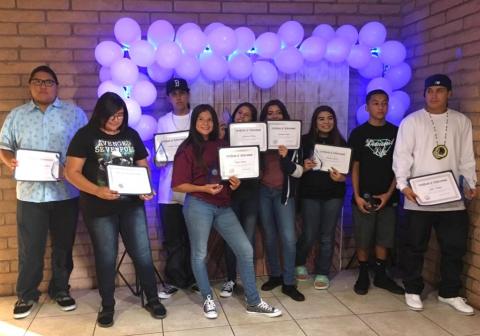 Several students were recognized for their hard work at a dinner on Aug. 11