Because the Soboba Foundation fully supports education and the pursuit of higher education for all students within the San Jacinto Valley, it recently awarded 11 local students with scholarships. Each graduate received $2,500 in unrestricted funds to assist in the continuation of their academic goals.

At its June 14 board meeting, all students were invited to receive their scholarship check, a proclamation and an honorary Soboba stole at Soboba Tribal Administration. The presentations were made in adherence to social distancing guidelines.

Judith Almaraz plans to begin her higher education at Mt. San Jacinto College to eventually study neuropsychology in her pursuit of a career in the medical field as a researcher or clinician. Throughout high school she received awards for her outstanding abilities in math, conceptual physics and as an artist. She was also valedictorian for this year’s graduating class at the Academy of Innovation.

“It was an absolute honor to be awarded this scholarship,” Judith said. “Coming from a less privileged home, there were times where I believed I would not be able to afford college and my education has not been by chance, but by choice. I am incredibly grateful to have been given this opportunity to pursue my future goals – thank you, Soboba!”

Vanessa Fernandez, valedictorian for Noli Indian School’s Class of 2021, also won multiple awards during her high school years for writing, art, science, athletics and academics. She will be attending the University of California, Berkeley majoring in the Critical Diversities field of Native American/American Indian Studies and minoring in Fire Science.

“Having a Tribe backup and support me in furthering my education, especially as a Native American student, really sets up my hopes for other students within my ethnicity who also want to achieve the same goals as me,” Vanessa said.

Francisco Garcia carried a 4.0 GPA all four years of high school at the Western Center Academy and was an AP Scholar. He earned many academic achievement honors and will be attending the University of California, San Diego as a Computer Engineering major with a goal to help other minority students explore a fascinating, yet marginalized STEM career.

“To have been chosen is really special because college and the idea of going into debt from it has always been one of my biggest fears,” Francisco said. “Now, with the Soboba Foundation scholarship and many others I received, I don’t have to worry about that for my undergraduate studies. I’m fortunate and thankful for this opportunity.”

Melissa Plata was the valedictorian for West Valley High’s Class of 2021 where she was an AP Scholar, made Principal’s Honor Roll all four years and earned many awards for academic excellence. She will be attending the University of California, Irvine to major in Pharmaceutical Sciences and minor in Public Health. She plans to use her education to research medications and therapies that will better society as she sets out on a path to become a physician while advocating for often-overlooked populations in the healthcare system.

Cameron Powers earned physical fitness and academic awards while at San Jacinto Valley Academy. He also earned a Community Service Award for 100-plus hours of active volunteerism. He excelled in mathematics and plans to continue his education at Mt. San Jacinto College on his path to becoming a mechanical engineer.

“Me and my family were very grateful I was chosen for this scholarship as it gave me the ability to further pursue my career in engineering, thus helping me give back to my community,” Cameron said.

Kaylee Tomasello accelerated her studies at Alessandro High School and was able to graduate a year ahead of schedule. She will attend Mt. San Jacinto College in her pursuit of a career in social work or psychology. She stays active, physically and creatively, through softball and photography. Due to a difficult upbringing, she has expressed a desire to be a catalyst of change for others and is sincere about making a difference in the world and responding to the needs of people who have been oppressed by society.

“Receiving this scholarship meant a lot to me because it showed that even with my challenges in life, I could still accomplish something amazing. The money will help in so many ways towards school so I can have an opportunity to help others,” Kaylee said. “The essay I wrote (as part of the scholarship application) was important to me because it was my story, and I was happy to share my drive to be heard.” 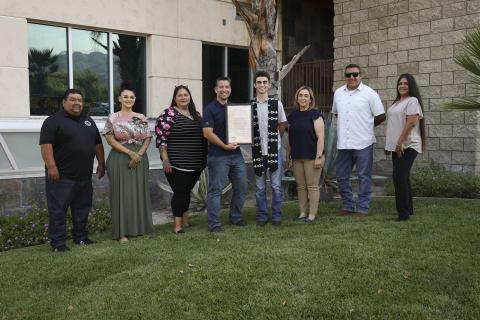 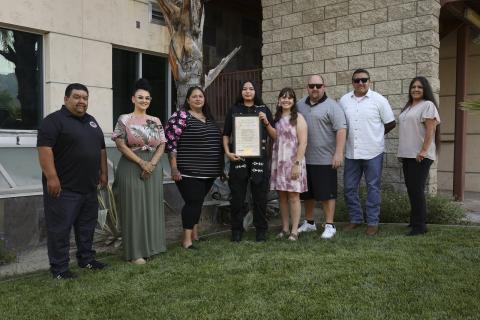 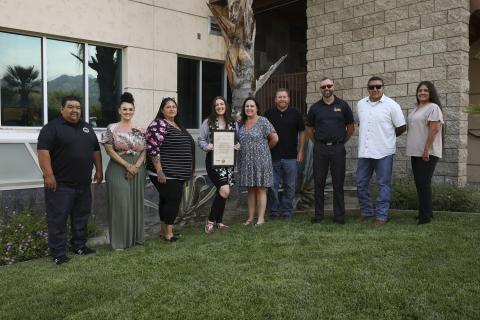 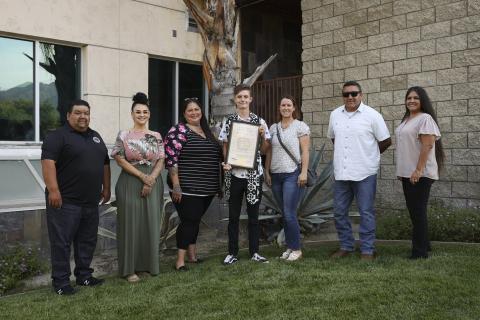 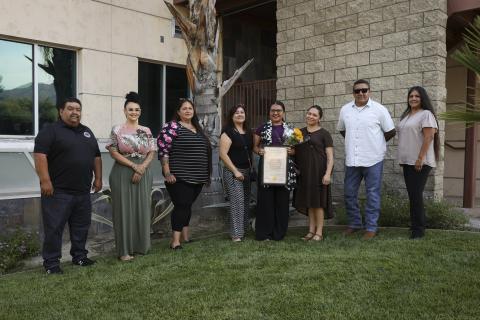 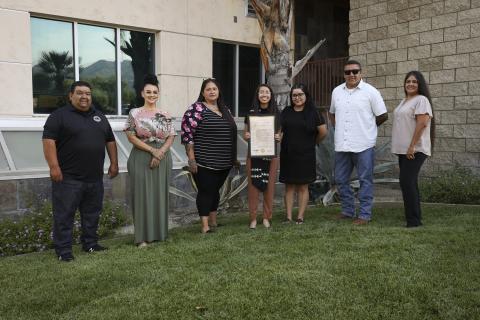