The Oaks at the Soboba Band of Luiseño Indians’ Reservation was the destination for this year’s Fiesta which concentrated on honoring traditions. Large tents as well as handmade ramadas covered the infield of the football field stadium area of the retreat located off Castile Canyon Road.

During the time that Indian agents sought to suppress the Tribal language and old ceremonies, Native Americans began conducting Fiestas to maintain community life. Until its return in 2008, Soboba’s annual fiestas had not taken place in many years, for reasons unknown. The event commemorates the establishment of the Soboba Reservation, bringing tribal and surrounding communities together.

Members of Soboba Cultural Department’s Traditional Land Resource Management Crew constructed ramadas with palm frond “ceilings” and sides made from willow branches and leaves. These provided shade and separation for each group or individuals who were sharing something with guests.

Larger ramadas were built in the central area for bird singers and other cultural performers who contributed their talents to the event.

“This is a wonderful community event where the tribe can get together and enjoy ourselves and our families and meet with members from other tribes that we don’t see often,” said Michael Castello, Soboba Tribal Member and Tribal Administrator. “It’s a great occasion for us to come together and enjoy our culture.”

While younger children enjoyed jumping in one of several bounce houses or played catch or tag, some of the older children and adults were engaged with learning more about traditional basket weaving from Tashina Ornelas.

She used moistened artificial reeds of tan, green and red to teach a proper “over and under” technique of weaving to eager learners of all ages. She explained that materials of yucca, tule or willow are the usual choice for baskets.

“But when we are teaching, there is a lot of material wasted and the artificial reeds are all the same so the material is consistent and they can concentrate on perfecting their techniques,” said Ornelas, who is also a teacher at Noli Indian School.

Abe Sanchez and Craig Torres from the Chia Café Collective were on hand with some great-tasting native foods. They are members of a grassroots group of individuals who share a philosophy that promotes a way of life connected to honoring all the Indigenous people of Southern California and of Mother Earth.

The duo led an ongoing interactive presentation to share their knowledge of the cultural contexts of native plants.

“What we do is promote native foods among Native Americans,” Sanchez said. “Today, I’m demonstrating a healthier approach to frybread by using a grill to cook it.”

With a dough of ground acorn and mesquite flours and whole chia seeds, he flattened small round circles to show how well they cook without having to fry them.

He also had toppings that included marinated native yucca petals and stamens. Roasted and ground mesquite beans were mixed with a few other ingredients to make a sweet dessert and roasted chia seeds were added to dried fruits and nuts for a power bar. They also offered samples of white sage lemonade.

Torres said the “Cooking the Native Way” book was published by the collective in 2016 and republished in 2018.

“After the cookbook came out it became so popular that we had to start upping our education against (people) harvesting so many plants on native lands and instead learn how to grow their own since you can’t find yucca blossoms in stores,” he said.

Torres, who is a member of the Tongva tribe which is indigenous to the L.A. Basin, explained that the collective is very much first and foremost a group of educators, teaching people how to refocus their cultural lenses.

Steve Lopez and others from the Soboba Parks and Recreation Department cleared a spot across from the stadium to set up 16 stations for the competitive horseshoe tournament. Teams vied for prize money and started early in the day practicing their skills.

Greased pole champ was Narcico Calderon Jr. and Shannon Rubio was the Cutest Baby contest winner. The Soboba Boys and Soboba Girls teams took their age divisions in Peon with adult winners being the Kumeyaay Women’s Team and a tie/split for Soboba Men’s Team and Juaneno Men’s Team.

Harold Arres took home the prize for best Salsa and Yolanda Rhodes had the best Tortillas. There were also watermelon-eating contests, Water Balloon and Egg Tosses and Three-Legged Races. 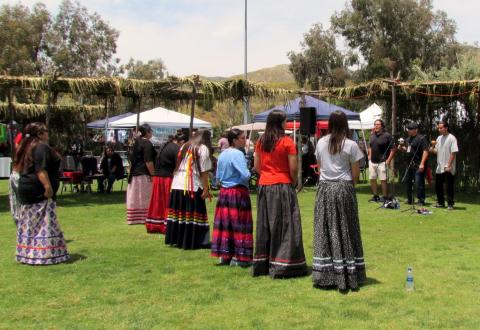 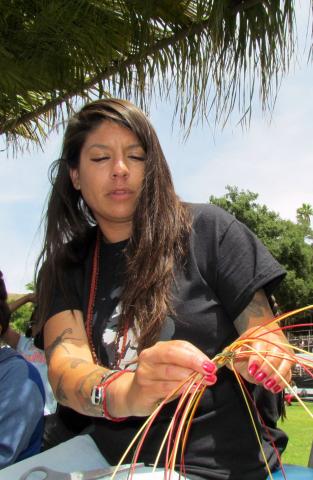 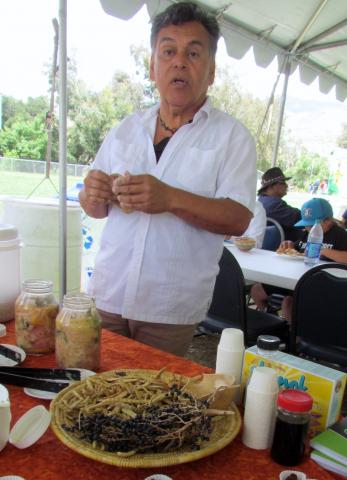 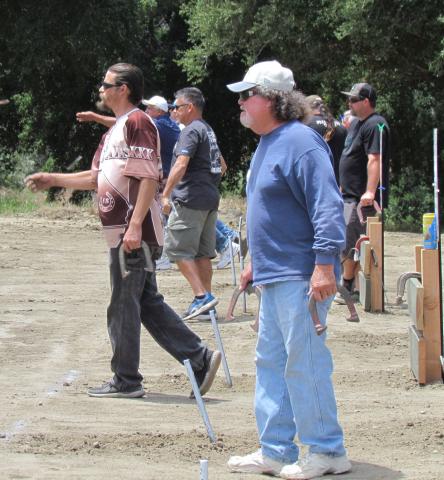 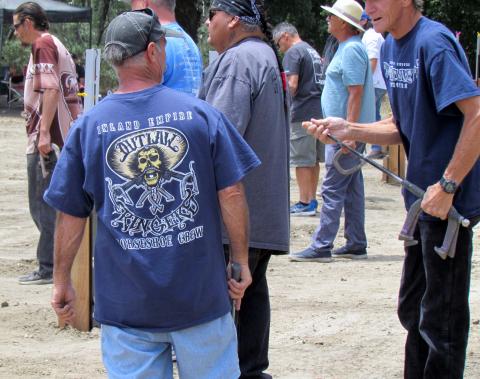 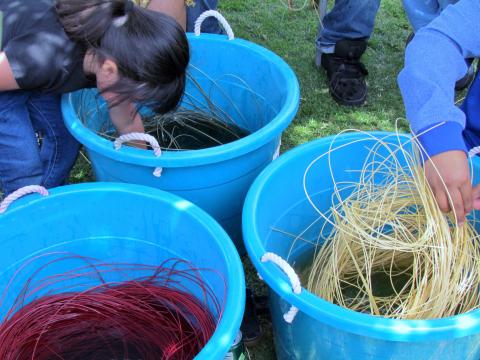 Those wanting to learn basket-weaving techniques at Soboba’s annual Fiesta on May 18, chose artificial reeds of natural tan, red or green to start their baskets