Soboba Casino Resort has opened fine dining restaurant Canyons, and here’s what it has

The restaurant opened on Monday, April 22 ◆ By Alex Groves

The restaurant, which has seating for about 160 people, opened to customers for dinner for the first time on April 22. It’s the final eatery to open at the resort — the 200-room hotel, gaming floor and most of the other eateries opened around the end of February.

Canyons has several premium cuts of steak on its menu, ranging in price from $39-$60, including filet mignon, bone-in ribeye, New York Strip, and petit filet, but Director of Food and Beverage, Victor Mortazavi, cautioned that it’s not a steakhouse.

“We like to call it our gourmet restaurant,” Mortazavi said.

Mortazavi said Canyons’ menu is more expansive than a steakhouse because it also boasts extensive selection of seafood, poultry and “California Noveau” cuisine.

Some of the other menu items include pan fried halibut ($36), bacon-maple pork tenderloin ($26) and wild boar and sage pappardelle pasta ($30).

Brian Diumenti, executive chef for the resort, said that the native terrain plays a role in more than just the artwork but also in the ingredients within the food. He said he has been trying to incorporate native ingredients such as acorn blossoms and sage into some of the dishes.

He’s also been trying to use local, fresh ingredients. The micro greens, honeycomb and mulberries used in the dishes came from Southern California farms.

“It’s easy to just order from Cisco or U.S. Foods or whoever, but to be able to do more local stuff and support that is nice,” he said.

Diumenti said the resort not only sought to bring something different to casino-goers but also satisfy a need for a fine dining restaurant in the local area.

Canyons boasts a bar area that will open one hour before the restaurant at 4 p.m. The bar features cocktails, including more than 30 kind of martinis and small plates of food such as bacon-wrapped dates, surf ‘n turf sliders, a charcuterie board and smoked lamb and goat cheese enchiladas. There’s a happy hour from 4-6 p.m.

“What we would like to see is a bottle of wine at every table,” Mortazavi said.

He said he hopes that with more than 250 wines from within California and across the world, that people would will be able to find something they like, no matter their tastes.

“I would challenge anyone,” he said. “I would say there is not anyone with a better list than ours in Riverside County.”

In a 55-degree room, Mortazavi gleefully showed off his wide assortment of red and white wines. He said that before being served, the red wines are allowed to warm up by 10 degrees and the white wines are chilled by 10 more degrees.

He said that when he carries the wine out to guests parallel to the inside of his arm, so as not to agitate the sediment that might be on the bottom of a more aged wine.

Some of the wines in the wine room include Cask 23 from Stag’s Leap Wine Cellars in Napa, Mille e una Notte from Donnafugata in Sicily and Rosa Regale from a Banfi Wines-owned vineyard in Piedmont, Italy. Mortazavi said there’s stories behind many of the bottles of wine he selected.

He said he remembered a time at an Italian restaurant at a Vegas resort where he used to work, where a woman told him she did not like wine, so he brought out a bottle of the low-alcohol Rosa Regale.

“She tasted it and she looked at me and said, ‘this is wine?’,” Mortazavi said. “By the end of the night she had finished the bottle.”

Mortazavi said that he’s hoping to be able to deliver the same kind of experience to guests at Canyons.

What: Canyons at Soboba Casino Resort

Hours: 5-10 p.m. Monday through Friday; 5-11 p.m. Saturday and Sunday. Bar is open one hour earlier and one hour later than the restaurant.

Reservations: Reservations are recommended and can be made by calling the resort at 1-866-476-2622 or visiting soboba.com. 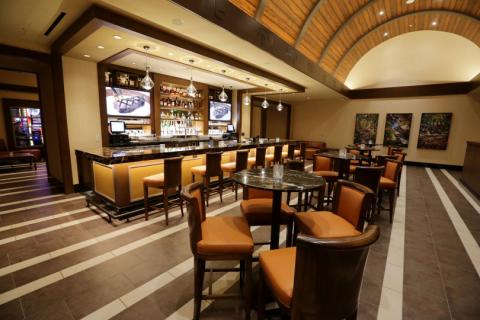 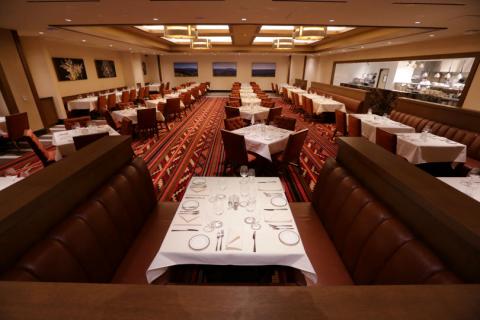 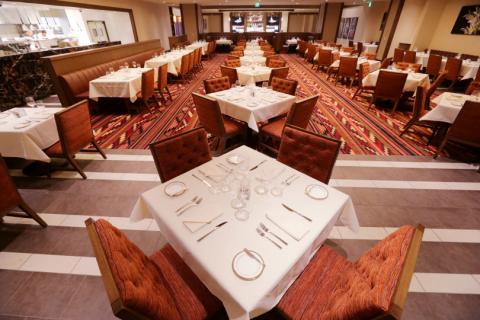 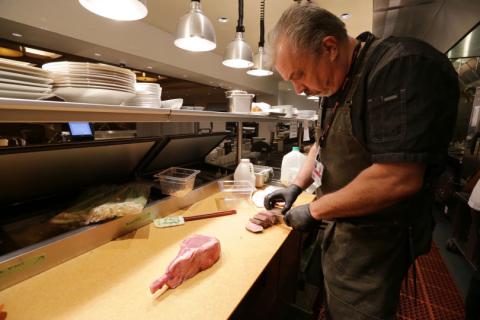 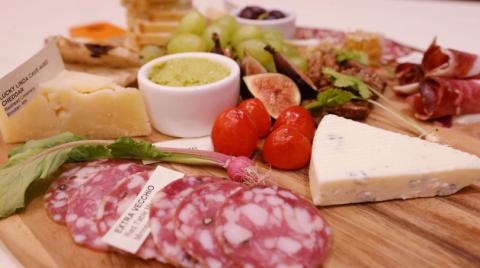 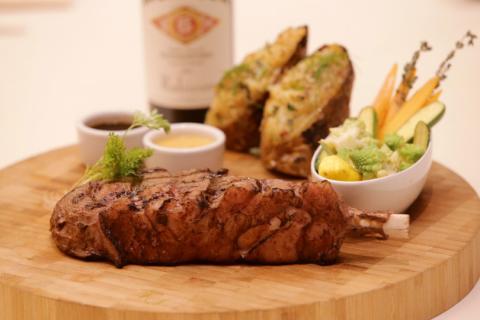