Last year’s annual Soboba Braves’ hosted basketball tournament was played just prior to the COVID-19 pandemic that shut down sports for many months. This year, the 8th annual tournament was bigger and better than ever with 17 teams competing during three days of play, July 9 through 11.

Offering its all-time highest payouts gave players even more incentive to do their best on the courts at San Jacinto High School and the Soboba Sports Complex during the double elimination competition, meaning some teams could play up to eight games during the weekend. The Soboba Braves Summer Shootout was an open basketball tournament.

Charlotte Boniface helps her sons with the tournament each year. The Soboba Braves have been together about 11 years, having played basketball together since high school. They travelled to many tournaments throughout the west before deciding to host their own all-Native and open tournaments.

“Basketball is my favorite sport and I like the fast pace of it; it never gets boring because there’s always room for improvement,” Sandoval said. “I am a guard on the team and more of a role player, doing whatever the team needs with me.”

The team sported new uniforms this year designed by Sandoval and Freddie Boniface with a memorial patch in honor of Freddie’s girlfriend, Solie Rubio, who passed away.

“Solie was our number one fan and at every game,” Sandoval said. “We all love you, Sol, and miss your loud energy in the stands.”

Charlotte Boniface hosts fundraisers throughout the year and operates a snack bar during the tournaments with the help of many friends and family members and saying “My family is awesome – I have at least 10 aunts and cousins helping me with the snack bar.”

This year’s $7,000 payout to the first-place team was made possible through registration fees. Gifts for second- and third-place teams and referees’ costs were paid through fundraising efforts. They also received a sponsorship from the Soboba Foundation that helped with the cost of renting the San Jacinto High School gym for several games.

“We are thankful to the high school for letting us use their court; the Tribe has a good relationship with the school and the district,” Charlotte said. “We also appreciate the donations and assistance we got from the Boniface, Lindsey, Herrera and Morillo families, as well as the Foundation and Soboba Casino Resort.”

Charlotte said the team waited until January to see if pandemic restrictions might be lifted in time to have a summer tournament. She took care of all the contacts with Soboba Casino Resort for those that would be staying at the hotel, as well as others that needed to be notified. The tournament flyer went out in early May.

Sandoval said, “The Soboba Braves would also like to thank Ricardo Macias, Michael Durrett and the families for their help with this year’s tournament and we are sorry if we forgot to mention anyone.”

Travelling from areas such as Northern California, Arizona, Nevada and throughout Southern California, teams arrived eager to get back in the game they had not been able to play for so long. Many of the teams were formed shortly before the tournament.

Team Hostile captain Tyler Crowl of Shurz, Nevada, said this was the first time his entire eight-member team had been able to play together at an inside court in more than a year.

“The 2020 Soboba tournament was our last tournament,” he said. “We practiced on a lot of outdoor courts, but we’ve only been able to get time in a couple of open games at gyms, just in time for this event.”

Malik Foxworth of Hemet was captain of the Free Agents, aptly named because players were randomly picked from individuals who wanted to play but didn’t already have a team. He said you just play the game and learn about each other as you go along with the flow. He said the positions were determined based on height, with the tallest playing center.

“I’ve been doing this tournament for years,” Foxworth said, adding that he was part of the third-place team in last year’s All-Native +1 shootout tournament.

Playing their first game at San Jacinto High School, the team was headed to the Soboba Sports Complex to go head-to-head with the Bandits just a couple hours later.

Getting ready for their second game of the day at the sports complex gym was the team Non Rated, from Northern California. Only five of the players were able to make it to the tournament but team member Gino Pena was determined to make the best of the day.

“Basketball brought us here – we usually go to all-Native tournaments, but this is our first open one,” he said. “We tried to put a team together real quick but half the team couldn’t make it so we just came with what we had.”

The Dry Creek Warriors, also from Northern California, was led by Capt. Robby Burroughs who played guard. By noon, they already had one win under their belts and were looking forward to their next turn on the court.

“Some of us have played together on different teams but we came together for this at the last minute,” he said. “I’ve been here about four or five times before. There are usually about two or three teams that are real good competition. We get a lot of support from everyone here.”

Burroughs said the past year has been difficult because of lack of practice due to the pandemic but felt if they just focused on defense, they could do well and continue to score.

“We’ve got to play harder and smarter at our next game,” he said about the 3 p.m. match-up.

Derreck Brooks and Camyn Boone with Supreme Black Leather, out of Arizona, said the team was playing in honor of one of their friends, Talib, who brought the team to past Soboba tournaments.

“He was like a big brother to some of us; he passed away two years ago,” Boone said.

A2R Elite team captain Aaron Alston, of Hesperia, said his players were from throughout LA County and the Inland Empire. They knew each other but this was their first time playing as a team.

“We came out a little rusty in our first game, but we plan to intensify our communication in the next game,” he said. “This is my first time here and I like it – it’s nice.”

Teams were also filmed for part of a documentary project called “War Party” by Warlance Foster of the Navajo Nation, who is trying to give exposure to talented Native American players that are often overlooked by professional sports teams and not being given the same opportunities as other athletes.

“Before things can happen, you need to build a foundation of support where everyone has the same goal and mission,” Foster said. “We are very thankful we could come here to showcase what can be done. Some reservations don’t have many resources or opportunities to be successful.”

Seattle documentary filmmaker Nils Cowan had a small production team at the games for an initial shoot. He said the vision for the film is to document Warlance and his brother Mniluzahe’s efforts to assemble an all-Indigenous professional basketball team and showcase the incredibly high level of talent around the country while competing and raising further awareness.

Foster said these types of events utilize the “warrior spirit” that he says has been broken over time. He hopes this documentary will help other strong Indian men build back the self-confidence needed to be successful, especially in professional sports. 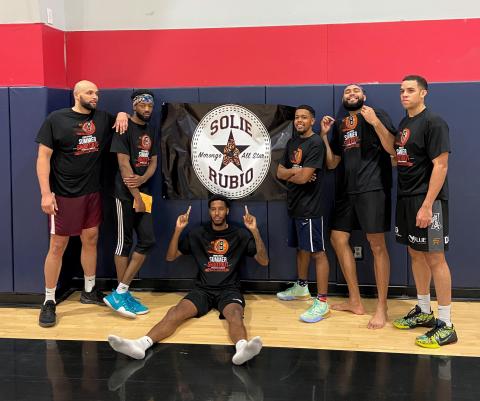 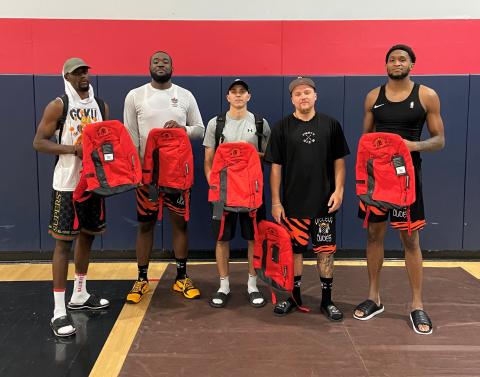 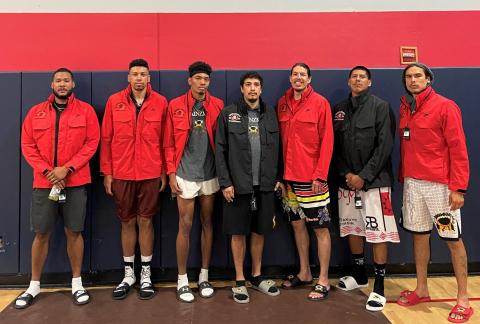 The Plainzmen finished third out of 17 teams that competed at the Soboba Braves Summer Shootout open basketball tournament, July 9-11 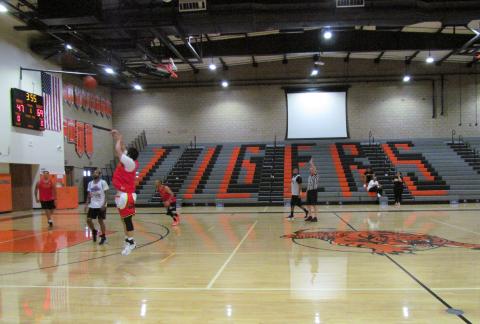 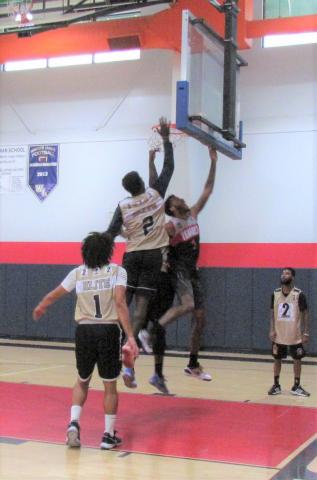