San Jacinto, CA – After many years of being held at the outdoor arena near the old Soboba Casino, Noli Indian School seniors and their families celebrated this year’s momentous occasion indoors at the new Soboba Casino Resort Event Center. Decorated with the school’s colors of black and red, the 400 seats were nearly full on June 5.

Commencement ceremony traditions were maintained as each student walked across the stage to a self-recorded introduction that included future plans, recalling a memorable moment at Noli and reciting a favorite quote.

Delbert Briones plans to attend UTI (Universal Technical Institute) in Arizona and Shaleen Castello said some of her favorite times were spent in Culture Class. Shambrae Kinlicheenie shared a quote from Nelson Mandela: “Education is the most powerful weapon which you can use to change the world.”

Ceyleah Mathews’ quote choice encouraged her fellow graduates to: “Create the life you can’t wait to wake up to.”

Wayne Nelson offered a prayer before performing two songs with the Intertribal Bird Singers, of which graduate Delbert Briones is a member.

Guest speaker was Mary Kim Titla, an enrolled member of the San Carlos Apache Tribe, who is the executive director of UNITY (United National Indian Tribal Youth). She is also an American publisher, journalist and former television reporter.

“It was a challenge to grow up in poverty and look to the future,” said Titla, who is also an inductee to Arizona State University's Walter Cronkite School of Journalism and Mass Communication. “I was the first in my family to go to college and when I first entered it was a culture shock.”

She said she has never forgotten something she heard in a speech many years ago and urged graduates to “remember these 10 two-letter words: if it is to be, it is up to me.”

Valedictorian Elena Quiroz thanked all the teachers, friends and family members who helped her be at the top of her class.

“My mom and dad are real-life heroes,” she said.

Salutatorian Jarrod Chapparosa expressed appreciation that Noli has become a much stronger school than when he started there in 2012.

Noli Indian School was established in 1992 on the Soboba Band of Luiseño Indians Reservation near San Jacinto and became the first Tribal Middle and High School in California. It serves students in grades six through twelve. 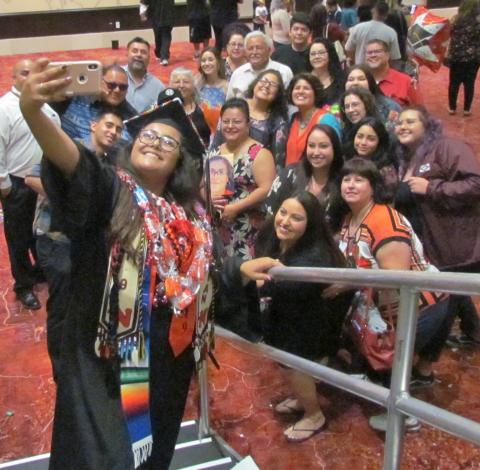 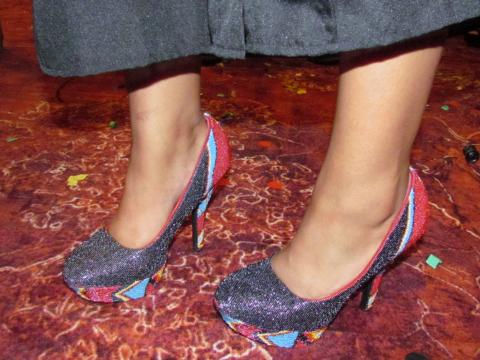 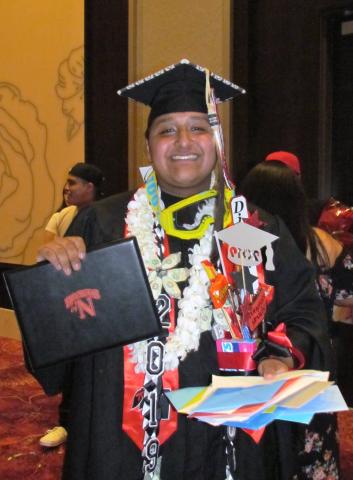