Students spent the week of Oct. 17 planning for Noli Indian School’s annual Homecoming Parade, which took place Oct. 20 ahead of the Braves’ football game against Rolling Hills Prep from San Pedro. A dance, with an “Under the Sea” theme on Friday, Oct. 21 at Soboba Tribal Hall gave them a final day to celebrate a week’s worth of school spirit activities.

Each grade level from 6-12 chose to design a float based on this year’s theme of “Holidays.” The Class of 2029 took spectators to Bikini Bottom for SpongeBob SquarePants Day, Class of 2028 had a lovely float full of hearts for Valentine’s Day and Christmas was celebrated by the Class of 2027. High school freshmen took on New Year’s Eve for their holiday while the sophomores chose Independence Day. The juniors cleverly honored Mad Hatter’s Day and even depicted his famous tea party while the Class of 2023 seniors combined Disney and Halloween to bring a season-appropriate holiday to the forefront.

Grand Marshal DeeDee Vallejo, who was chosen by ASB students, was in the lead as the class floats made their way to The Oaks football stadium, joined by Soboba Fire Department, Soboba Parks and Recreation and other entries. Principal Donovan Post said Vallejo was chosen for her dedicated work with CASA and on behalf of domestic violence issues as well as her many years of supporting her children when they attended Noli.

Students rode on their class’s float and tossed candy to families who lined Castile Canyon Road, cheering for each holiday as it passed by. The Noli School Board chose the float winners, which were announced at halftime. First place went to New Year’s (freshmen), second place was won by SpongeBob (sixth graders) and third place was awarded to Christmas (eighth graders). Winners got a class-wide pizza party.

Also announced and introduced at halftime was this year’s Homecoming Court. Freshman Class Sweetheart Shawna Rivera is the daughter of Tanya Briones-Rivera and Louie Rivera. She was escorted by Freshman Class Sweetheart Aaron Devore, son of Rene Rhodes. Sophomore Class Duchess Davina Magante is the daughter of Melissa Morales and Donald Magante and Sophomore Class Duke is Babe Briones. Luisa Rivera, daughter of Tanya Briones-Rivera, is Junior Class Princess and she was escorted onto the field by Junior Class Prince Raymond Russell, son of Elizabeth and Raymond Russell.

Senior Class Queen Ciara Ramos is the daughter of Woolo Mendoza and granddaughter of Connie Briones. She plans to go into the medical field after graduation, or possibly become an entrepreneur with her own business. Javier Martinez reigned as Senior Class King. 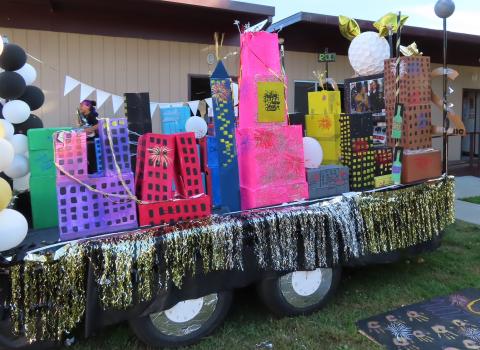 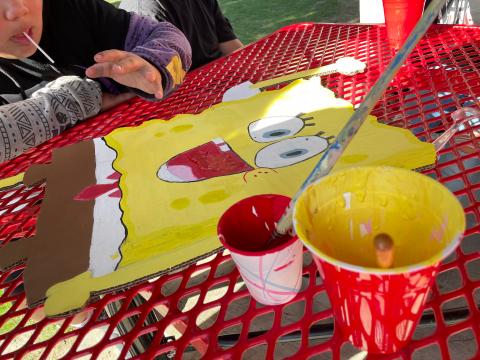 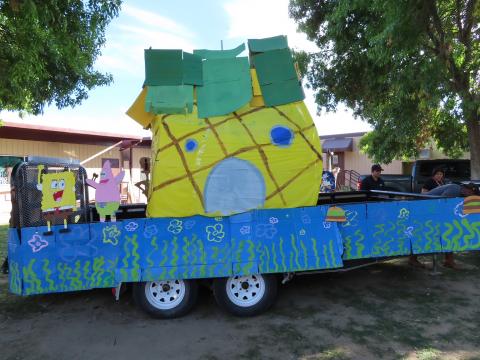 This SpongeBob SquarePants float, from the Class of 2029, takes second place 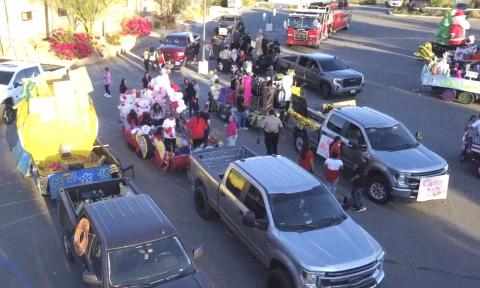 Homecoming floats and their riders stage at the Noli Indian School parking lot for the parade to The Oaks Oct. 20 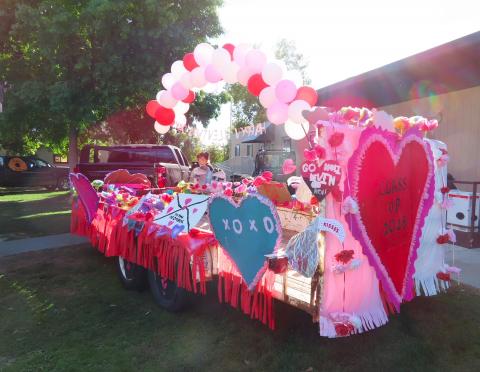 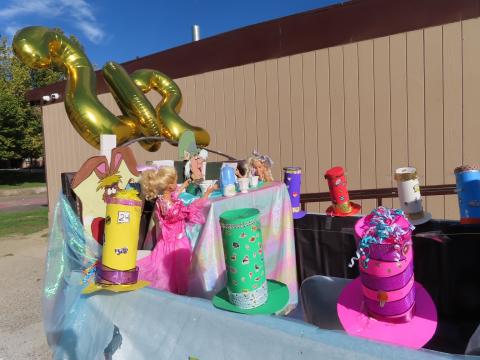 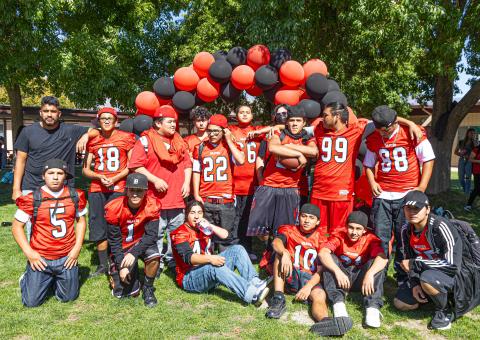 The Noli Braves football team prepare to kick off the homecoming game Oct. 20 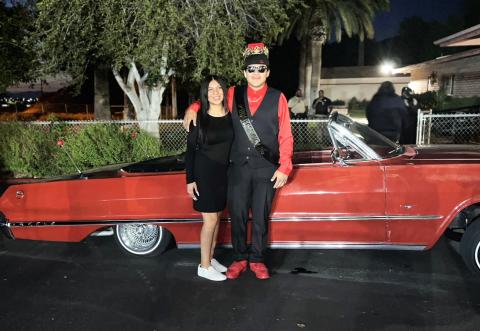 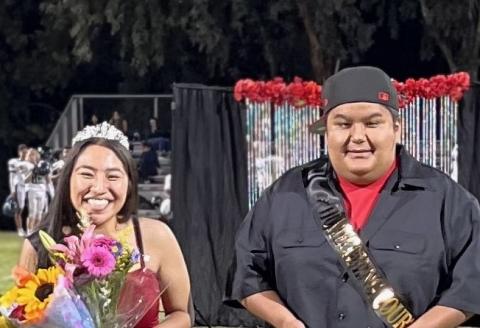 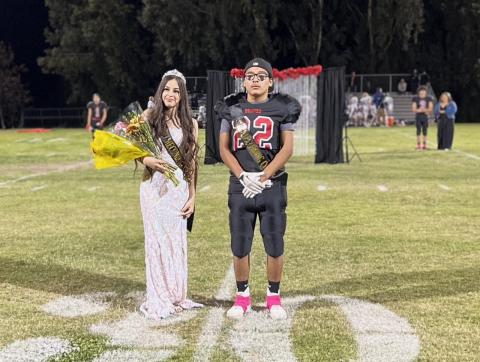