An active organization for about 15 years, the Soboba Livestock Association had as many as 50 members at its height. Each member had several cows which were kept in Indian Canyon. They each had their own brand and earmark and could easily identify which were their cows.

“My mom, Tillie Valdez, would say that is my cow and that belongs to so and so; to me they all looked alike,” Marian Chacon recalled.

She explained that about once or twice a year all members would participate in a roundup. The cows were rounded up in a corral and the new calves would be branded and earmarked. Then a big barbecue would be held with all kinds of food as everyone brought something to share. Some cows were taken to the local auction in San Jacinto and sold. During hard times these funds came in handy and helped families to survive.

Always at the heart of the Association was its dedication to education. It had been determined at the start that if the group was ever dissolved, any assets would be distributed to a nonprofit or group which operated for education. After being inactive for many years, and with most of the members having passed on, the remaining members met on Oct. 28, 2021 to vote on where to donate the remaining funds. This resulted in a decision to donate $2,464 to the Noli Indian School 4H program.

Noli science teacher Jay Dagostino, who has been at the school for 10 years, oversees the agriculture and 4H programs. The last couple of years the 4H program has been inactive due to COVID-19 pandemic closures but students still work with animals at the campus, currently raising pigs.

The shed and enclosure used for the pigs is constructed of reclaimed materials from the old stadium at The Oaks as the school is always looking for ways to fund their projects, which is why this donation was especially welcomed.

“I love activities but for now we are just doing things here and not taking any field trips or anything,” Dagostino said. “Just to be cautious we are going to wait until things are more normalized.”

Principal Post recalled the fun of all the families getting together for the roundups when he was a young boy. He was grateful that the Soboba Livestock Association reached out with this donation to the school.

“The idea of being able to add cattle is something the program has been looking forward to for the last six or seven years,” he said. “This donation will help us make that happen.” 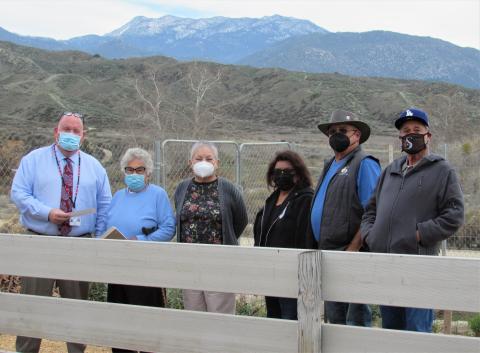 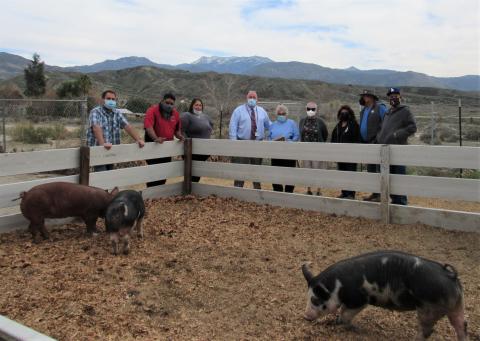 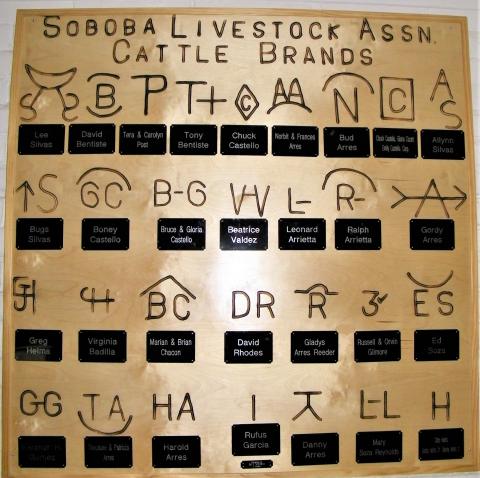