Multiple generations have kept the ball rolling ◆ By Mike Hiles

The athleticism of members of the Helms family spans several generations. Benny Helms Sr. was a very talented football and baseball player. As a standout running back at San Jacinto High School before graduating in 1948, Benny Sr. and his brother Vince Valdez - who was also a running back - received many awards. They were both instrumental in taking the San Jacinto Tigers to C.I.F. championships several times.

Soboba Band of Luiseño Indians tribal member Benny Sr.'s interest in baseball led him to coaching Little League in San Jacinto, before there was a Valley-Wide Park and Recreation program. He also played and coached "Rezball" - a tradition of traveling to different reservations to compete against each other. To this day, it is one of the most popular sports in Indian Country. Benny Sr.'s wife, Alice (now 85 years young), is a Soboba tribal member who played for the Soboba Women's team.

Benny Sr. started coaching his son's baseball team when Benny Jr. (known as Junie) was eight years old. Along with Rufus Garcia, Benny Sr. taught his son and their team: the Indians, all the fundamentals of the sport. Junie and all his teammates were from Soboba and many were related to one another.

Junie, of Soboba, remembers his dad as a strict but good coach and their team won many games. When Junie was 12, he was coached by Sal Vivanco, who taught him several ways to pitch. In an All-Star game at that age, Junie pitched a no-hitter with 17 strikeouts. Junie also played football and baseball at San Jacinto High School before he graduated in 1966.

Junie's wife, Diane (who is Apache), played on the Soboba Women's Athletic Club team and their sons, Benny III and Jeremiah, of Soboba, both grew up playing baseball - first with the Hemet Little League and later with Valley-Wide Recreation's sports program. Both were great sluggers and both played "Rezball" while representing Soboba and other reservation teams as time went on. Alumni of San Jacinto High School, Benny III graduated in 1991 and Jeremiah was part of the class of 1995.

"What keeps me busy now that I've retired is our grandchildren and watching them grow up," Junie said. "My wife and I are very involved with all of our grandkids and their activities, whatever they decide to do."

Benny III's wife, Fawnee (from the Hoopa tribe), was also an excellent softball player who was part of the Soboba Women's team. Their daughter, Shylene, lived and breathed softball since the age of eight. She played the sport all four years she attended San Jacinto High and earned many Tiger honors, including MVP and Defensive Player of the Year. She also played volleyball during high school. Before graduating from University of California, Riverside in June of 2017, Shylene played softball all four years. Following in her parents' footsteps, she has continued the family tradition of playing Rezball, playing for the Soboba women's softball team.

Summer, the second daughter of Benny III and Fawnee, played softball in high school, graduating in June, and is currently a freshman at UCLA. Their son, Benny IV (known as Kethnu by his family) has always been involved in many different sports but his favorite has been football. He started playing with the Junior All-American League from San Jacinto when he was eight. He started playing Junior Varsity football at San Jacinto, where is currently a senior. At the end of his freshman year he was promoted to the Varsity squad. Going to C.I.F. two years in a row, Benny IV recently received the Bob Stangel Award of Excellence for his outstanding performance during the 2017 season. Presented by the Hemet Sportsman's Club, the annual award chooses an overall winner among nominees from all local high schools that have a football program. On January 20, Benny IV was invited to be a starter in the Second Annual Riverside Sheriffs' Association All-star Football Classic, produced by the nonprofit organization Inland Valley Classic. The game featured the top senior prep football players in Riverside County. Benny IV looks forward to playing college football and has applied to several, including Ft. Lewis College in Colorado. Selaya, the youngest daughter of Benny IV and Fawnee currently plays basketball through the Inter Tribal Sports (ITS) program and is also playing softball.

Jeremiah Helms' sons, Jayden and Dakota, have committed to attending and playing football at Ft. Lewis College. Playing football since the age of seven, the Clovis West High School seniors are exceptional football players and have earned many awards throughout four years of playing on the Varsity team. Going to C.I.F. for the second straight year, it was just announced that they both received "Best Defensive Back" of 2017-2018. Both have also played basketball and have participated in Rezball.

The younger cousin, Johnny "Juanie" Garcia Jr., is the son of Dwan Helms and Johnny Garcia. Dwan is a Soboba Band of Luiseño Indians tribal member. Juanie played in the Junior All-American Football League since he was seven. He also played in the Junior All-star 2013 Super Bowl where he was named the Eagles' MVP of the game. He played freshman football at San Jacinto High and now in his sophomore year, he is a member of the Noli Indian School Braves' football and basketball teams.

Juanie's younger brother, Jesse, played three seasons with the Jr. Micros and Micro Eagles football team. He also plays ITS basketball. Their younger sister, Mexeel, plays softball and basketball for ITS and through the Valley-Wide Recreation program.

Dwan and Johnny's youngest daughter, Manalice, is only 16 months old but no one doubts that sports will play a big role in her life when she gets older.

"Benny Sr. would have been proud to see how his sons, their kids and grandkids turned out," Diane Helms said. "He would have definitely been there for every game, showing support and giving advice."

The Helms clan agrees that Benny Sr. would probably say that hard work, trying as hard as you can and never giving up makes for happy, fun and positive traditions that will be carried on and remembered always. 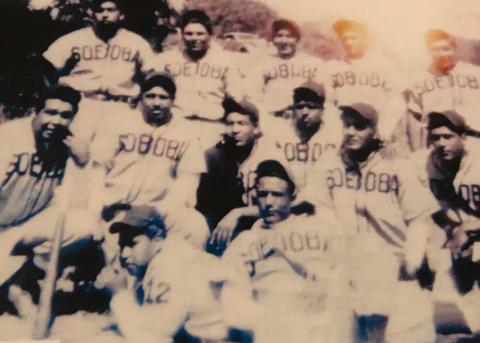 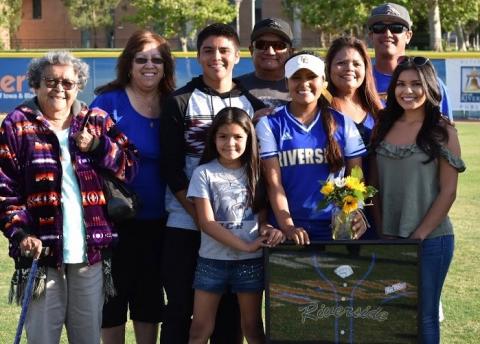 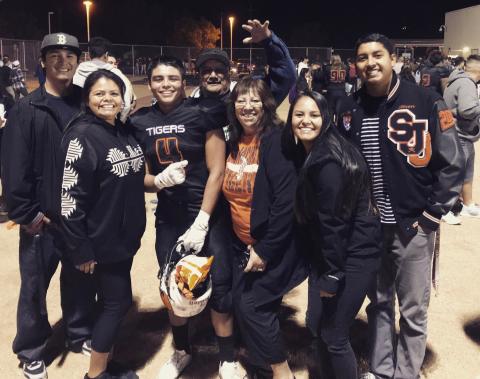 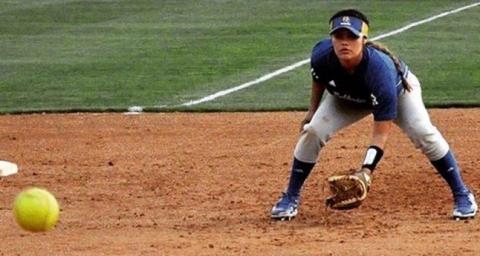 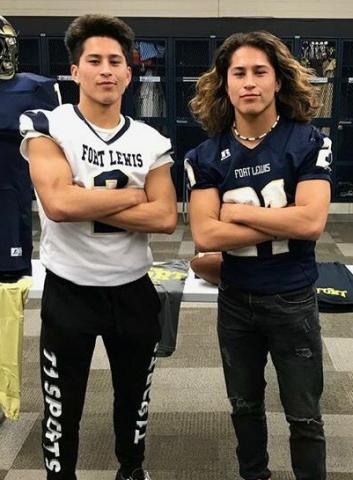 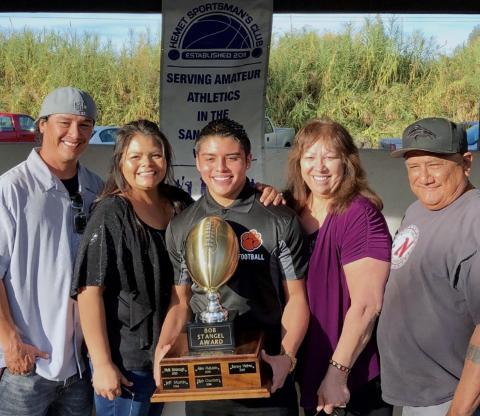