The Soboba Band of Luiseño Indians was looking for a solution that allowed tribal members to have access to credit union services at reasonable costs/rates, while at the same time ensuring its members were not being taken advantage of and were being well served. After much research, it was decided that First Californian Credit Union could fit the bill. A branch was recently opened near the Soboba Casino to serve all tribal members, tribal employees and their family members.

"It is not just a lending relationship, but access to a full-service account," said Deborah Tschann, Soboba Branch Manager.

Soboba Tribal Administrator Michael Castello said the tribe has been working on developing its own credit union for several years but there were many hurdles and restrictions that made the task extremely difficult.

"We reached out to First Californian and were able to negotiate a plan to have them provide the services Soboba needed here on the reservation," he said. "It was approximately one year ago when Soboba started the discussions with First Californian."

The credit union is being temporarily housed in a modular building near the Soboba Casino with plans to move it to a permanent location soon. It officially opened at the end of February but the grand opening celebration and ribbon cutting was held on April 6. President and CEO Michelle Thorne and other company dignitaries travelled from the credit union's headquarters in Utah to attend.

Many Soboba tribal members, including tribal council secretary Monica Herrera, were members of the Morongo Branch of First Californian, which has been in operation for several years. Herrera reached out to the credit union to set up meetings with Soboba's Tribal Council to explore having a branch at Soboba.

"Mainly because of the familiarity and success of working with a tribal community, Soboba decided to start with First Californian," he said.

Tschann is the division manager for both tribal branches and said there are 10 employees between the two locations.

"Our main purpose is to meet the financial needs of tribal members," she said. "This relationship allows many tribal members to qualify for loans that many have not been able to have access to. It is a full-service financial institution that can meet all their ‘banking' needs. It is a trusted institution that is not going to take advantage of them and as a credit union we do not have to satisfy stockholders. The members own the credit union so all profits, except what we are required to hold for regulatory purposes, are returned to the members in the form of lower loan rates, high deposit rates, access to technology/branches, lower fees, full product services, branded credit cards and more."

Castello said the projection for membership was expected to be 150 sign-ups in the first 90 days. Since the day it first opened its doors on Feb. 28 until the grand opening and ribbon cutting on Friday, 159 members have already joined.

Although some tribal members transferred their accounts from the Morongo branch, the first person to sign up as a new First Californian Soboba Branch credit union member was Daniel Valdez. As both a tribal member and a tribal employee at Soboba's Public Works Department, he also was involved with the facility getting set up and properly inspected so it could open its doors.

"I had heard a lot of great things about this credit union from my relatives and friends at Morongo so I've been looking forward to its opening," said Valdez, 34. "I refinanced my credit card at a lower interest rate and will probably get a new car loan later. Down the line I might get a small business loan, too."

Tribal Council is always looking for better ways to provide services for its members and employees. Soboba Tribal Council Vice Chairman Isaiah Vivanco said the tribe was really excited to be partnering with First Californian.

"It's a benefit for the tribe, our members and employees who are able to do their banking needs before they head home," he said.

Castello said this project is just another step in the tribe being more self-sufficient and he is happy to see this come to fruition. He estimates that employees number about 300 and he hopes all employees will take advantage of the convenience this new service offers them. 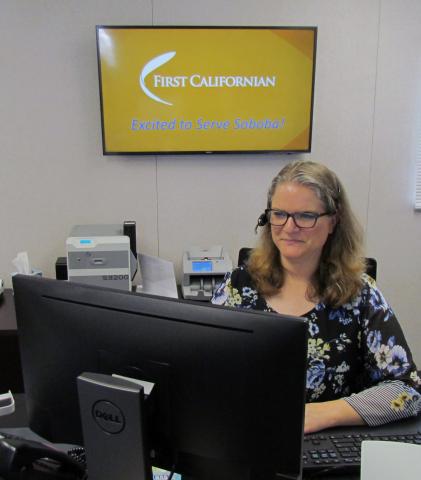 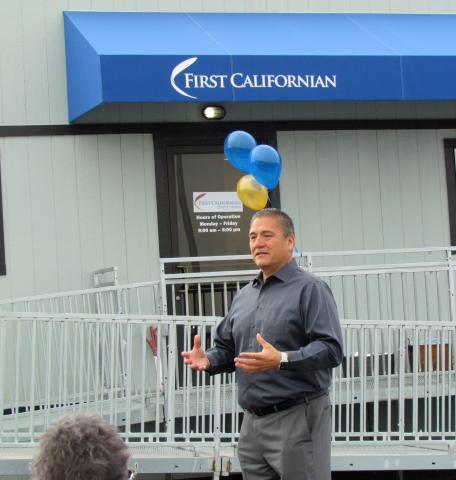 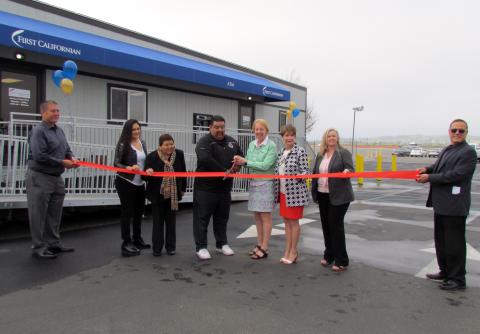 Bird Singers welcomed guests at the grand opening of the Soboba Branch of First Californian Credit Union on Friday, near the Soboba Casino