On the heels of the tribal members’ grand opening celebration of the Soboba Casino Resort at the facility’s Event Center, the Soboba Band of Luiseño Indians invited dignitaries to have a look at what promises to be a hub of the community for a long time to come.

The Event Center was once again filled with hundreds of guests on March 26 as the tribe welcomed leaders from other tribes, local politicians, education frontrunners and business owners.

The evening began with opening remarks from members of the Soboba Tribal Council including Chairman Scott Cozart who said it doesn’t feel like it was 25 years in the making since he could recall being a bingo caller at the first bingo hall just down the road from the new building.

Sergeant-at-arms Rose Salgado said she was excited because everyone in the audience was excited and eagerly talking about the possibility of different events that could be held there.

Vice Chairman Isaiah Vivanco said when the invitations went out to the dignitaries the response was overwhelming. He introduced a heritage video that showcased some of the tribe’s biggest hurdles and greatest accomplishments even before being officially established by executive order in 1883.

Soboba’s Tribal Administrator and MC for the night, Michael Castello, introduced about a dozen dignitaries who presented the tribe with a proclamation, resolution or other form of recognition of their grand opening. Congressman Raul Ruiz could not come in person but sent field representative Patrick Keplinger and a videotaped congratulatory message to the tribe for a “job well done.”

“We fought hard for this and I was honored to be part of the team that really pushed the BIA (Bureau of Indian Affairs) to get your fee-to-trust land in order to have this economic opportunity – not only for the tribe but for the surrounding communities,” Ruiz went on to say. “This is definitely a win for all of us.”

Chuck Washington, Riverside County District 3 Supervisor, presented a proclamation signed by all five county supervisors and told the tribe, “You knocked it out of the park; I couldn’t be more proud.”

San Jacinto Mayor Russ Utz said the night was about more than celebrating the wonderful new venue but it was also about recognizing Soboba for being the biggest employer in the city and the largest philanthropic entity in the entire valley.

Vivanco pointed out during closing remarks that about 70 percent of the team members working at the new facility reside in the San Jacinto Valley.

John Norman, president of the San Jacinto Unified School District Board of Trustees, presented a beautiful trophy on behalf of the “staff, students and families of the district” thanking the tribe for its “unwavering and unequivocal support of our community for so many years.”

Rob Davis, Hemet Unified School District Board of Trustees Vice President, said he was proud to present a proclamation on behalf of the district but “as someone who grew up in this valley, it’s personally gratifying to see this beautiful facility go up.”

Representing the Hemet/San Jacinto Valley Chamber of Commerce, President Lakshman Koka applauded the tribe for building the venue and providing thousands of jobs and supporting countless nonprofits through the years.

Other guests attending the event were also impressed with what they found upon viewing the center for the first time.

“You see something on the outside and wonder what it will look like on the inside and this is just overwhelming,” said Dr. Roger Schultz, president of Mt. San Jacinto College. “I’m already thinking about the special events we can collaborate on with the tribe to host due to its close proximity to our San Jacinto campus.”

“I witnessed the power of commitment, perseverance and vision as we experienced the magnitude of what it took to open this incredible casino and resort,” she said. “Soboba and San Jacinto Unified have a long tradition of mutually supporting one another in our quest to ensure our education system is second to none in spite of the challenges faced by our families.”

Perez said the way to give back to Soboba for its unending support in the schools and community is to encourage everyone to take advantage of the Soboba Event Center by hosting conferences, seminars and meetings at the beautiful location. 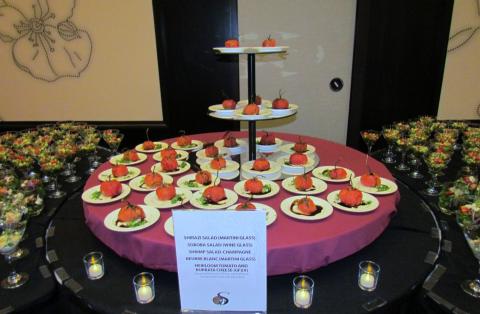 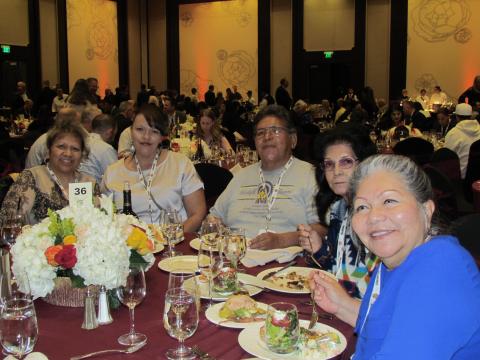 Guests at the Dignitaries’ Grand Opening Celebration enjoyed gourmet food, great company and rousing entertainment from George Thorogood and The Destroyers at the Soboba Casino Resort Event Center on March 26