Matthew Basquez has been a member of the Inland Empire Originals car club for about a year. The Soboba Band of Luiseño Indians tribal member and other club members enjoyed displaying some cars at the recent San Jacinto Cinco de Mayo celebration in the city’s downtown district on May 6.

San Jacinto City Councilwoman Crystal Ruiz is hoping the resurgence of the city’s once-popular event that used to draw thousands of visitors could continue as a family-friendly event, now made possible through volunteer efforts.

Music, food, vendors, entertainment and cool cars attracted many guests to the four-hour event on a misty, overcast late afternoon. Feedback from those who attended was enthusiastic and positive.

Basquez owns two classic vehicles he regularly shows at community events: a 1949 Mercury and a 1955 Chevy Bel Air and his mother Johnna Valdez owns a 1956 Chevy Bel Air. Four others were displayed along Main Street during the event, including Basquez’s 1949 silver and pink Mercury, which he purchased five years ago.

"You don’t really see these cars much anymore so people like to just come by and look at it," said Basquez, 33. "I did paint it – it used to be a dark gray color."

The seven-year-old club was invited to be part of the Cinco de Mayo festivities by Janna Joos, the event planner who worked closely with Ruiz to organize the celebration.

"As a club, we participate in charity car shows in the community," said Basquez, who has lived at the Soboba Reservation his entire life. "My favorite part about being a member of the club is helping the community."

Member Felipe Ruvalcaba displayed his 1950 Chevy Tin Woody Wagon, which he has had for about seven years. He said the car holds an extra-special meaning since he purchased it on the day he and his wife Raquel renewed their vows to commemorate their 25th wedding anniversary. He said the car is now part of their history together.

"I always liked old cars and I didn’t see many people with this model so when I got it, I put all my other cars aside to work on this one," he said. "It’s my pride and joy. I built it up from scratch, working on it almost every weekend."

As owner of Felipe’s Auto Glass, Ruvalcaba likes to give back to the community by sharing his love and knowledge of classic vehicles. Just as Valdez said, he likes that the club provides an opportunity to support local events every chance it gets.

"When we know it’s for a worthy cause, we like to go and donate our time and effort," said Ruvalcaba, of Hemet. "We pay our own registration as a club and just go out to try and support our community."

He said he gets a kick out of hearing stories from older visitors who recall driving cars like his back when they were popular.

Jamie Wye proudly displayed her 1947 Pontiac Streamliner, that started out as a "banana yellow" color and now boasts a rich deep green shade.

"We got it from my uncle when he passed away in 2010. My husband, Robert Rico, finished restoring it to get it out on the road," said Wye, of San Jacinto.

She has been an official member of Inland Empire Originals for about a year and said it is a wonderful way to socialize and meet new people.

"We get to share what we are doing with our cars and it’s always a great family atmosphere," Wye said. "We have four kids and they do all the car shows with us."

"I started from scratch and it took three to four years to get it where it is today," Ramirez said. "I have the original registration for it and we have written down when and where we ordered every part for it. I very seldom drive it but I enjoy bringing it to shows."

The 18th annual West Coast Thunder Memorial Day Bike Run on May 29 promises to be just as exciting as ever before. Starting at Riverside Harley-Davidson at 6 a.m. the parade of more than 6,000 motorcycles will be escorted to Soboba’s outdoor arena event center in San Jacinto for an afternoon of festivities, featuring a concert by the Eli Young Band at 1 p.m.

The popular country-western band’s last album, "10,000 Towns" ranked number one on the Billboard Top Country Albums chart and a top five spot on the Billboard 200. Hit singles from the Eli Young Band, such as "Crazy Girl" and "Dust" have received numerous awards and are likely to be heard at the upcoming show.

West Coast Thunder, a nonprofit organization that supports the Riverside National Cemetery Support Committee nonprofit, commemorates Memorial Day with a motorcycle ride to honor veterans. The group has also donated funds to facilitate memorials at the cemetery along with honoring those who may not have families around to honor them.

"Our (raised) money also goes out to have a flower, a flag and a decent burial for those homeless veterans and even veterans who have outlived family," said Bill Chamberlain, president of West Coast Thunder. "To me, that’s the most important part that the West Coast Thunder does for the cemetery." 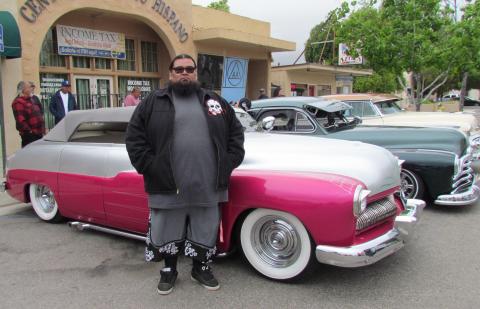 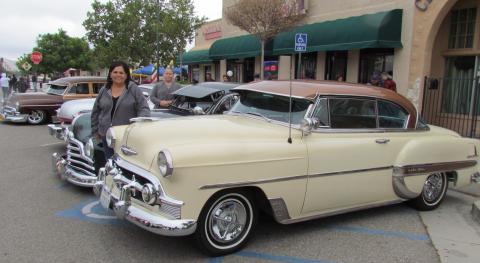 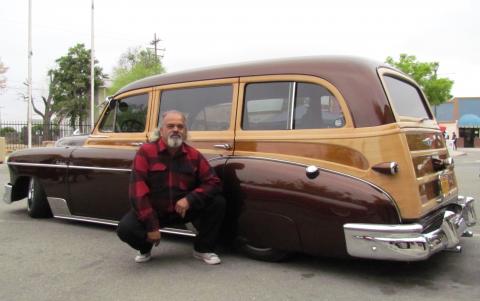