The Soboba Fire Department took delivery of a new brush engine on July 22 and have already put it to good use. The new engine will allow the firefighters to reach areas that are not readily accessible by the mostly-white Type 1 Engine they have had in place since the department was created in 2015.

The addition of a Type 3 brush engine was something that had been discussed since the inception of the department, whose personnel worked closely with the Soboba Band of Luiseño Indians on budgeting for the purchase.

"We wanted an engine that could get to the back roads of the reservation," said Fire Chief Randy Sandoval.

A Type 3 fire engine is designed to be used in rural communities as it has a shorter wheelbase to gain access to tighter areas. It is designed for off-road with rapid deployment, pick up and relocation during wildfires. Soboba's new Type 3 fire engine meets State of California requirements for a 500-gallon tank, 500 GPM pump, fire hose complements and tools. But Soboba decided to upgrade to a four-wheel drive and a 750 GPM certified fire pump so it can fight structure fires with this engine as well.

It also has upgraded seats and space for extra tools and hoses plus ample storage areas for personal use.

"We can be gone for up to 14 days on out-of-county calls and this allows us to bring a duffel bag of items so we can be self-sufficient," said Fire Captain Raul Licon, who has been with the department for about 15 months. Sandoval said the Tribe gave the go-ahead to purchase the engine in January and a request for proposal was sent to different companies who specialize in manufacturing these types of vehicles so they could bid on the project.

"By spring, we had decided on Ferrara Fire Apparatus in Louisiana," Sandoval said. "I had worked with them before and what makes them special to me is their serviceability; they take care of you the same as any larger fire department - plus they make a good product."

Sandoval said the company allowed them to customize some areas of the new engine to maximize space for Soboba's specific needs. He traveled to the factory to choose the chassis and provide specifications for the interior and storage areas.

Sandoval said the next big change in store for the fire department will be its new station at the northeast corner of Lake Park Drive and Soboba Road. This will allow for more personnel to be added, as well as a fire prevention division to educate the public about safe practices. Currently, the department does presentations at Noli Indian School, the Soboba Tribal Preschool and St. Joseph's Catholic school, all located on the Soboba Reservation.

"We look forward to adding new programs and our response time will be greatly reduced from the new location," Sandoval said. "It's still in the planning stages but should be completed before the casino replacement project is done." 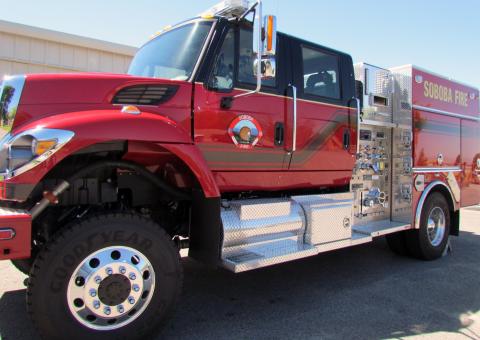 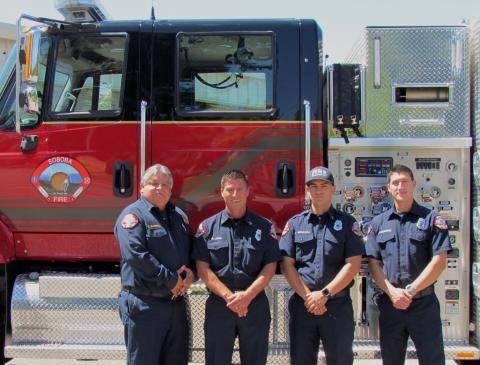 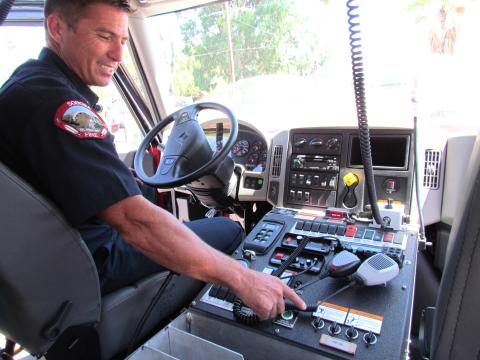